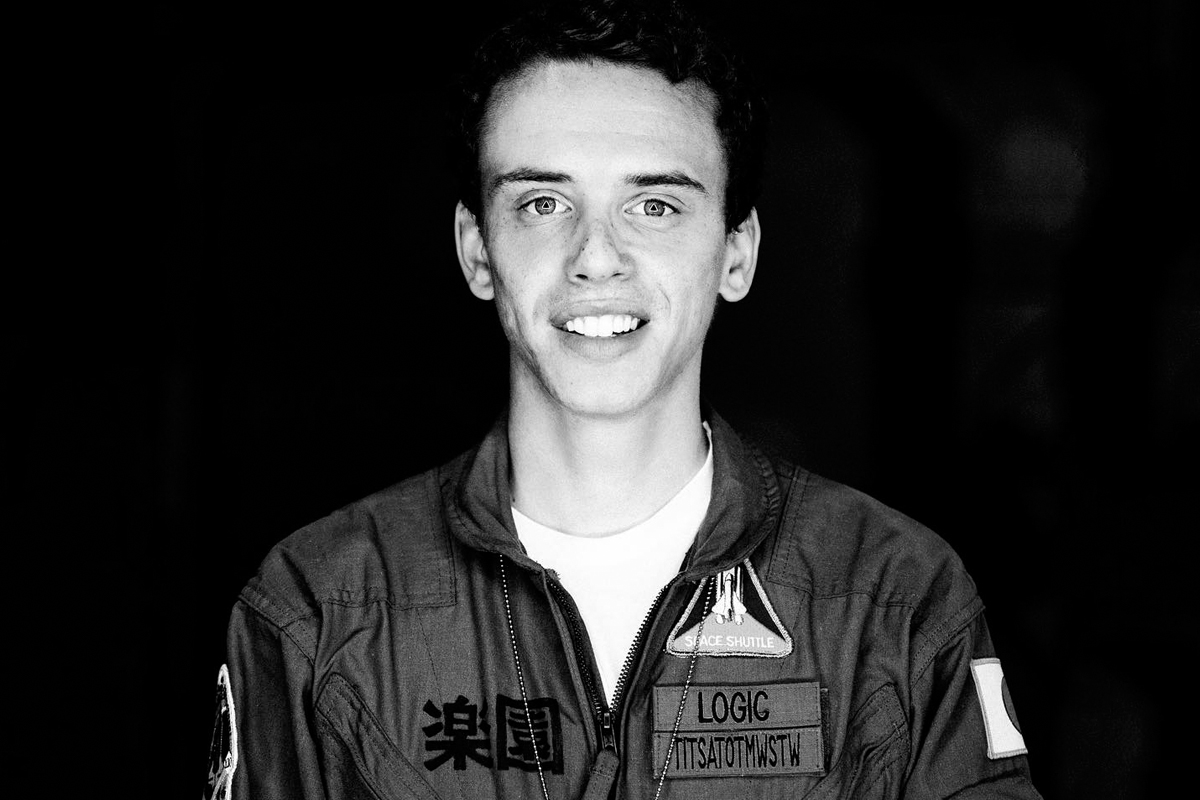 Greetings my napp-sters, its the one and only Nyck Niytro here with a brand new review. Today we’ll be reviewing Logic’s The Incredible True Story or TITS for short.

Logic is a Maryland emcee, 2013 XXL Freshman, and recent Def Jam signee. He just last year he dropped his first commercial release Under Pressure. An album which I felt was a decent album but suffered from Logic sounding too much like other popular emcees (J. Cole, Drake, or Kendrick Lamar) to leave an impression on me. Sadly that shows up again this album just with better production. This lack of originality has been something keeping me from being a fan of his. He has a great flow, a ton of technical skill, and can really craft a song; however, I always feel like listening to who he’s sounding like rather than him. We’ve never really heard who Logic is or what separates him from others. Everyone, without further ado, lets checkout TITS.

1. Contact
Produced by Logic & Ponce
The thing that makes this album more distinct from his first album outside the production is the theme. There isn’t much in term of music here besides an instrumental and background vocals from Logic. I like say it gives off a cinematic feel. The album features an entertaining back story about two astronauts traveling through space searching for a planet called Paradise after Earth and the human population is nearly extinct. The story is primarily carried by 3 voices, the first being the legendary Steven Blum; that’s right, Spike Spiegel from Cowboy Bebop. The second voice is from Kevin Randolph from music outfit Cocaine 80s, and lastly Anna Elyse Palchikoff who voices the A.I system on-board the space ship. It all reminds me of Cowboy Bebop, an anime which Logic claims to love and it shows.

2. Fade Away
Produced by Logic
Shortly after the cinematic start of this album, Logic brings heat. The production here is beautiful, and lush featuring fiery verses with Logic boasting about how far he’s come and how the world knows his name before his death. I have to say this has been on repeat. As the song ends we hear more of the albums back story with features an hilarious cameo appearance from Big Sean.

3. Upgrade
Produced by Logic & 6ix
I feel like Logic is addressing to comments of him biting artists in this song. I’m not saying this is a bad song, its pretty good. I love the smooth production on track very reminiscent of “Players” by Slum Village.

4. White People (Scene)
Like most skits following the back story of this album, it doesn’t match or go along with the songs. It still doesn’t make this skits any less funny. The dialogue between our characters feels so natural and real its easy to get invested in the story.

5. Like Whoa
Produced by Logic & 6ix
While being minimal with the chorus Logic brings a ton of energy to this track. I love the smooth jazzy instrumental but I kinda feel a Drake “Worst Behavior” vibe vocally.

6. Young Jesus
Featuring Big Lenbo; Produced by 6ix
“Take em back to the 90’s!” Logic wasn’t kidding with that statement. This song has a 90’s sounding boom bap beat with a feature from Big Lenbo. Lenbo is the only guest rapper on this project. He effectively uses his air time here. The two ride the beat perfectly and there’s a ton of energy and flow to match.

7. Innermission
Featuring Lucy Rose; Produced by 6ix & Sir Dylan
I love the jazzy soulful instrumental here. Logic has a great ear for production throughout this project. We get some of Logic’s personally side. He questions his life and kinda paints a picture of who he is. He drops bars about a friend in prison wondering if he was there instead. This track is solid track off the production alone.

8. I Am The Greatest
Produced by Syk Sense, OZ, & Logic
This exactly what I was talking about when I say he sounds like other emcees. The Drake influence is so heavy here is painful. We get a loud in your face flows from Logic over this light trap influenced beat. The song isn’t bad but I can’t help but wanna hear Drake.

9. The Cube (Scene)
This just a brief story skit. That’s all.

10. Lord Willin’
Produced by Logic, 6ix, & Sir Dylan
We get a nice mellow beat and some catchy Super Mario samples mixed in if listen hard. Topically Logic is rapping about making it out of the city and becoming a rapper. Its mellow, happy, and feel good.

11. City of Stars
Produced by Logic & 6ix
This right here is my favorite song on the album. But, once again I’m feeling the vibe of another artist. I’m feeling a strong Kanye West vibe here instantly reminding me of “Flashing Lights”. The first half of this track consists of singing. Here we get passionate and emotional singing here Logic regarding a breakup. In fact this entire track is about a breakup with Hip-Hop which is proven by the second half of this track. After the singing fades we get an incredibly fiery verse about his Def Jam signing comparing the situation to Bobby Brown and Whitney Houston. He touches on racism in America as well as being viewed as a white male in a Black dominated industry. The best lines I’ve here is about his love hate relationship with Hip-Hop

I truly love this statement.

12. Stainless
Featuring Dria; Produced by Logic, 6ix, & Sir Dylan
A portion of Logic second verse was used in his Tim Westwood freestyle here. I’m looking past that cause GOD DAMN that beat is dope! The song samples Marvin Gaye’s “Distant Lover”, the same sample Travi$ Scott used on his track “Backyard”. He get just bars on bars over a fire beat. The only thing to point out that chorus sound like Kendrick Lamar. He’s doing it weird that high-pitched alien voice and its even structured like a Kendrick chorus.

13. Babel (Scene)
I don’t really want to talk about this story skit because it’ll spoil the effect of it. I’m still enjoying the back story of this album.

14. Paradise
Produced by Logic, 6ix, Sir Dylan, & Tae Beast
I enjoy atmospheric production here and guest feature from Jesse Boykins III who’s vocals add extra emotion. Logic revisits his early childhood, the hardships he faced and how he has to keep grinding until he sees Paradise. In spite of all this, Kendrick Lamar influence is present in the first verse.

15. Never Been
Produced by C-Sick
Young Sinatra brings nice verses here over a soulful beat. It’s nothing too noteworthy but nothing that I’d skip either.

16. Run It
Produced by C-Sick
This was an excellent use of a Mayor Hawthorne sample; it’s hard not to vibe to this. Logic brings some pretty nice bars to this track but I feel a small J.Cole influence.

17. Lucidity (Scene)
Produced by DJ Khalil
The final story focused skit on the album that wraps up everything and leads into the final track flawlessly.

18. The Incredible True Story
Produced by DJ Khalil, Logic, & 6ix
We close out with Logic bringing us verses over a heavy soul sample beat backed with jazzy horn and banging drums. Lyrically we’ve heard this before a few times already but it isn’t bad. At the end of the song we get more about on the main characters from the album skits. I won’t tell you how it ends. But Logic comparing his raps to Quentin Tarantino films like Pulp Fiction and Kill Bill is a no no no no.

The Incredible True Story is a step up from his debut Under Pressure especially instrumental wise. We still get kind of the same lyrics and topics he’s been bringing. He still borrows to heavy from other artists and it feels like we never get to truly know Logic. I still think he’s incredibly talented and I believe he has the ability to drop an amazing project. I still personally enjoyed this album a lot and I await his next project.