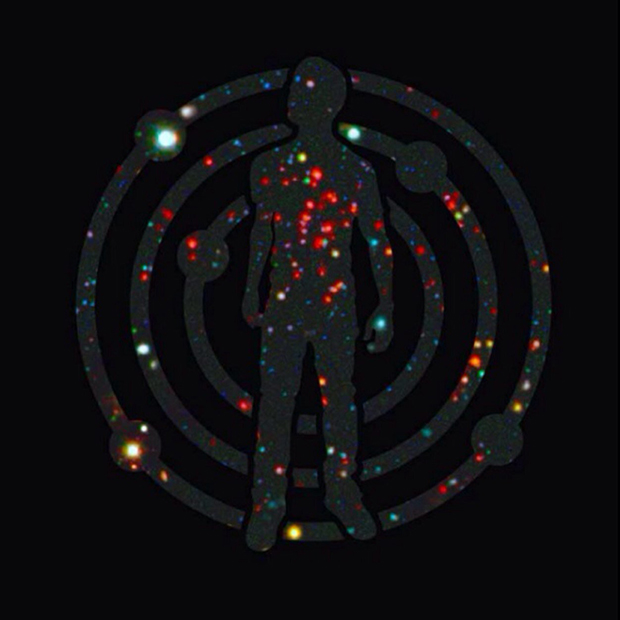 It wasn’t too long ago that Earth was visited by rap’s version of Andy Kaufman with last year’s Indicud. But us humans have been treated to another seat on Kid Cudi’s spaceship with the surprise release of Satellite Flight: The Journey to Mother Moon. Beyonce has created a monster with more artists following her lead and bringing out works of music with little to no promotion. Cudi did one thing differently with this release by announcing via his Twitter that he was bringing out new music 2 hours before take off.

2013’s well intentioned but mishandled Indicud polarized Kid Cudi’s fan base. Unapologetic as always Cudi has kept things moving fast with his second release in less than a year. Will this rocket take off and land safely on the moon like his first two Man on the Moon series or will this space vessel drift us out to the obis George Clooney style? Let the count down begin…

1. Destination: Mother Moon
Produced by Kid Cudi
Much like the last album, the first track is just an instrumental. And much like last time the production here is very bleak and filled with heavy and deep sounding drum pads which sets us, as well as the album, in the right direction.

2. Going To the Ceremony
Produced by WZRD
Cudi stated that he was relatively sober when making this album. Sober meaning he didn’t drink (he didn’t say anything about other substances). With that being said the time off from drinking must have given him some clear thoughts on alcoholism as the song explores this theme. Not sure to count this as a first single or a just a first leak as this song has been floating around cyberspace since July last year. This is a pretty good start to the album with some tight production and Cudi sounding energized.

3. Satellite Flight
Produced by WZRD
For the sake of this EP flowing well this track would have been better suited as track number 2. It would have sounded perfect after the instrumental introduction. Everything from the weird robot voice to the beautiful violins work so well with Cudi’s haunting harmonizing.

Would have been a strong start but better late than never.

4. Copernicus Landing
Produced by Kid Cudi
As the first half of the EP begins to wrap up we experience another tripped out instrumental to carry us into space. The beat is stretched out over 4 and half minutes with a rough synth moving things along as the beat slowly builds and climbs then fades. Two fun facts:

5. Balmain Jeans
Featuring Raphael Saadiq; Produced by Kid Cudi
The title of this track may be misleading for those expecting a song about lavish and expensive designer clothes. Nope, Scotty brought in Mr. Saadiq to help make the ladies swoon. If Kid Cudi ever performs this live with Raphael Saadiq the venue will need extra cleaners to come pick up all the thrown panties.

This is probably the strongest point of the album with some superior vocals from both artists along with an outstanding beat from Cudi. It might seem like an odd pairing of Cudi’s spaced out lyrics and production mixed with an artist like Saadiq who is more known for earthy soulful tunes but things just work here.

6. Too Bad I Have To Destroy You
Produced by Kid Cudi & Dot da Genius
When you’re an avant-garde artist like Kid Cudi you have to expect some backlash. And when you’re a critic of Kid Cudi you also have to expect some backlash. Picture this song as a middle finger to the Moon Man’s doubters. But it’s not all hate as longtime fans get shouted out on here too.

The beat plays out in an interesting way here. Just when you think the song is about finished an extremely infectious new beat appears for about a minute. It would have been good to hear more of this beat actually but less is more right?

7. Internal Bleeding
Produced by Kid Cudi
Even though Cudi claimed he didn’t touch any alcohol while recording this album ironically he sounds quite wasted on this track. This song and most the EP is beginning to sound repetitive which is not a good thing. Seems like we’re experiencing the same problems as last time with Indicud. This is one of the weak links in the chain. 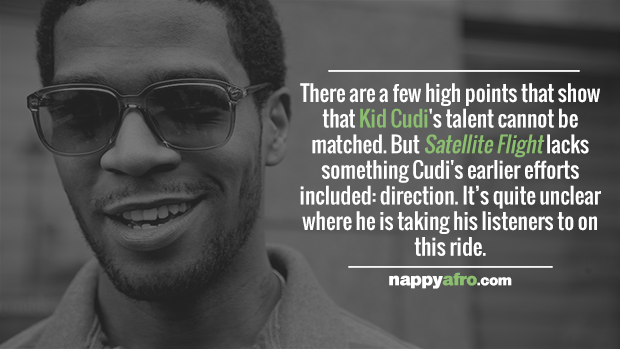 8. In My Dreams 2015
Produced by Kid Cudi
Again we have an instrumental that sounds a little like “Too Bad I Have To Destroy You” with similar synths but this time they’re cleaner and brighter. The track makes it clear that Cudi has been using leftover songs from the Indicud sessions.

An unnecessary sequel to the spectacular original from 2009.

9. Return of the Moon Man (Original Score)
Produced by Kid Cudi
Ok somebody has some explaining to do. This may be one of Cudi’s most versatile beats but the horns sound exactly the same as Kanye’s ones from “Blood on the Leaves”.

That aside this track shows something we haven’t seen with Kid Cudi’s production and that is promise. If Cudi can shy away from making beats that have the same sound and make more stuff like this then there’s a lot to be excited about. It’s too bad we didn’t see more of this on Indicud as well as this album.

10. Troubled Boy
Produced by Kid Cudi
Cudi leaves us with what he’s been giving us throughout the whole album: melancholy, lack of lyrics and lots of humming. Quite a touching track but it sounds more like a skeleton of a song rather than the finished product.

There sounds like there could be a story behind this track but the minimal lyrics are just repeated over and over. An awkward finish.

Bottom Line:
This may be Cudi’s most un-rappy work to date but if you’re a fan of the Moon Man you’ll be more than likely happy with that since Cudi isn’t known for his lyricism but more for his expression and other talents.

But there are some downsides. With it’s rushed release and similar sounds to his last album it definitely feels like this was a project made to hold fans over until Man on the Moon 3 comes out. Satellite Flight: The Journey to Mother Moon pretty much follows the exact same formula Cudi used for Indicud (instrumental tracks, dark tones, almost entirely producing the album himself). The differences this go around come in a few forms. The fat has been trimmed now with only 10 tracks as opposed to the 18 we got last time. Also there a lot less guest features with Raphael Saadiq being the only passenger to accompany Cudi. Plus Scotty has been assisted with the production on this album by long time collaborator and WZRD member Dot da Genius.

With the same problems occurring here as they did on Indicud it’s clear that Cudi can be his own worst enemy sometimes. If he got out of his own way and let somebody else in to man the boards then maybe some versatility could be added into the production side of things. That way he’d have a better chance of expressing himself.

Not to say that Kid Cudi was playing it safe on here because let’s face it, if there is a musical boundary Cudi will be the first one to break it down successfully. But here we’re seeing him jump the same hurdles we’ve seen him leap over with ease time after time. It’s clear Cudi can experiment and win at the best of times but this just feels like all of this is filler and/or leftovers to hold fan’s interest until Man on the Moon 3 arrives.

There are a few high points (“Balmain Jeans”, “Satellite Flight”) that show that Cudi’s talent cannot be matched by any other but this time Cudi lacks something his earlier efforts included: direction. It’s quite unclear where he is taking his listeners to on this ride.