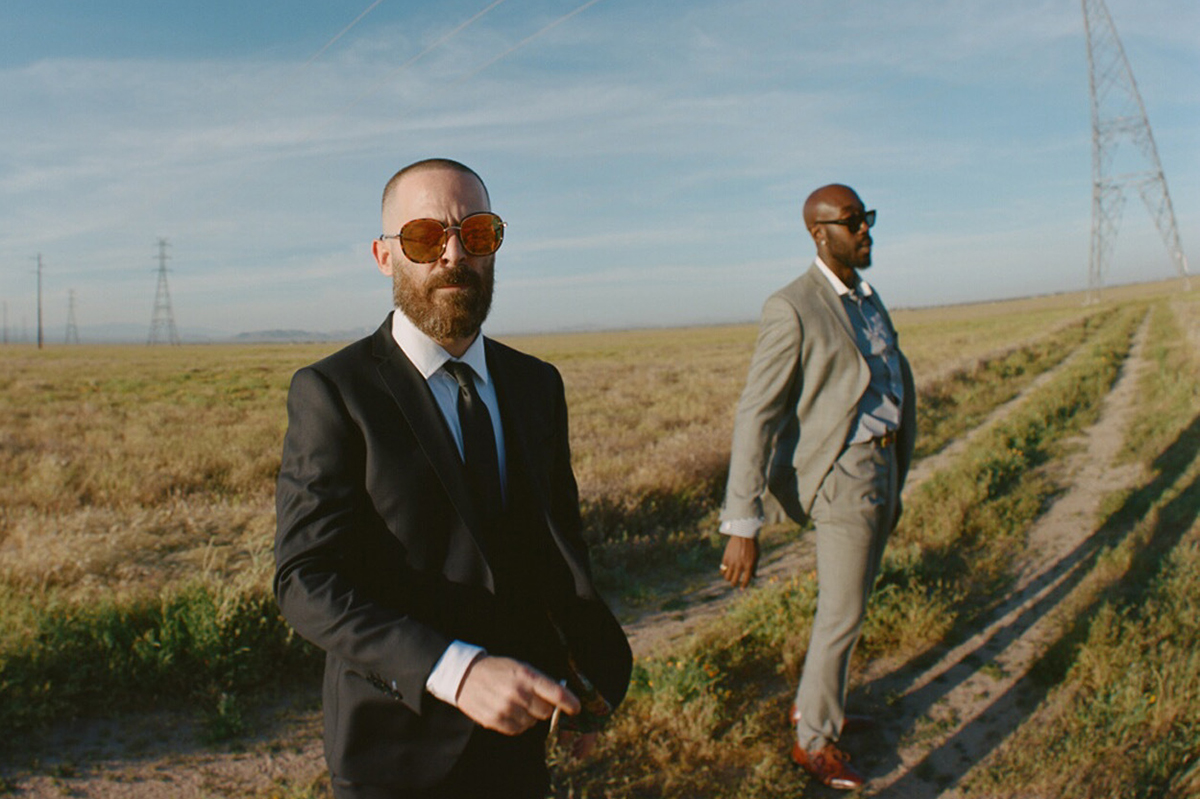 A collaborative album with producer The Alchemist and rapper Freddie Gibbs makes so much sense. Not only have both recently come off successful joint albums, Freddie Gibbs with Madlib on Bandana and Alchemist with Conway The Machine on Lulu, but this isn’t the first time they have worked together. Besides collaborating on a handful of tracks, the duo also worked together on Fetti in 2018 with Curren$y to good results.

I almost didn’t want to review this album because it seems too much down my lane. I honestly think that Freddie Gibbs is one of the best rappers out today with his last album easily being the best album of 2019. The Alchemist has steadily been putting in work and putting out good projects with The Cool Kids, Evidence, Action Bronson, and Boldy James all in the last two years. This album was bound to be good (Spoiler alert) and it doesn’t need me to tell you that.

But then again, what do I have a Hip-Hop website for? Fuck it. Let’s check out the Freddie Gibbs & The Alchemist’s Alfredo. Let’s eat.

All songs produced by The Alchemist (Of course)

1. 1985
The first song off the album starts with a Bernie Mac soundbite from Kings of Comedy (“Fuck that”), which leads to Freddie Gibbs doing his thing over a triumphant and retro guitar loop:

Quarter thang to a whole thang, whole gang workin’ (Yeah)
Hit a bitch with that extended clip or that revolver
Shit’ll serve the same purpose (Bang, bang)
Geekers beamin’ up to Scotty in my crack lobby
I can smell the ‘caine burnin’
Michael Jordan, 1985, bitch, I travel with a cocaine circus

Okay. I laughed out loud with that Michael Jordan/cocaine circus line. This all works. Dope Gibbs lyrics over dope Alchemist productions. We off to a great start.

2. God is Perfect
Freddie uses a more rapid flow here over some sinister keys. It’s nothing to really point out here other than two artists just showing you how talented they are. Although I did like the hook here that probably the reason for the title (“Still pack that bladadah, Subhan’Allah, I pray to Mecca”).

The outro to this song feature words from Gil Scott-Heron which plays directly into the next song.

3. Scottie Beam
Featuring Rick Ross
I always thought it would be cool to hear Freddie Gibbs and Rick Ross on the same track but I didn’t think it would happen for a few reasons. For one, Gibbs was signed to Young Jeezy when the Snowman wasn’t on the best terms with Rick Ross. Plus, Freddie Gibbs called Rozay the “Fake Rick Ross” on 2010’s “Crushin’ Feelin’s”.

Either way, here we are and the results of the rappers over a lush Alchemist track are wonderful (This also contains a great sample of Wee’s “Alone (Reprise)“). This actually feels more like a Ross song featuring Gibbs for the production alone.

Everybody here does their thing but it’s some lines from Freddie that are so appropriate for the current time:

Yeah, the revolution is the genocide
Look, your execution will be televised

And shout out to Scottie Beam too. *blow kiss*

4. Look at Me
I don’t know if “Look at Me” is the best song off the album, but it’s gonna be the one that gets stuck in your head and that’s mainly due to the heavy use The Moments’ “Look at Me (I’m in Love)” and the words “Look at me” being repeated throughout the barely two-minute track.

And that’s not a complaint either. It’s a laid back song that has Gibbs jumping in and out of the pocket effortlessly. But just don’t be surprised if you are singing “look at me, look at me…” the next day after hearing this song.

5. Frank Lucas
Featuring Benny The Butcher
The only thing needed here was to throw on a hard beat and let these two rapper loose. And that’s what exactly happened. No hook or anything just Freddie and Benny rapping gangster shit. Example?

Since Gangsta Gibbs brought back the bars, I see a lot of mes
Niggas is my sons, I wish they mamas would have swallowed these, nigga

It was either law school or dog food
If I was makin’ y’all moves, we all lose

I have a ski mask on right now while writing this.

6. Something to Rap About
Featuring Tyler, The Creator
A lot of people were surprised to see Tyler, The Creator show up here, but I wasn’t. Alchemist has a thing for bringing odd rapping couples together. See Mac Miller and Migos on “Jabroni” or Domo Genesis & Prodigy on “Till The Angels Come” (Freddie Gibbs was on that last song too now that I think about it).

I say that to say that if anybody can make a dope song featuring Tyler and Gibbs, The Alchemist can and does exactly that here.

Over a mellow sample of David T. Walker’s “On Love”, Tyler, The Creator and Gangsta Gibbs both turn in good verses that accentuate both of their strengths and make this one of the top songs on this project.

This song also contains one of the most ignorant yet beautiful lines ever:

God made me sell crack so I’d have somethin’ to rap about.

7. Baby $hit
This track won’t make a lot of noise and it could be labeled as an album track, but it’s still good. Gibbs uses his trademark rhythm flow over ALC’s airy yet aggressive production. You also get to hear Freddie rap about selling drugs, potty training his son and asking Doja Cat if he could hit it from the “back-back”. How can you not love that?

8. Babies & Fools
Featuring Conway The Machine
This is the best song on the album. But you may be asking the wrong person. Freddie Gibbs and Conway The Machine are probably my favorite current rappers right now. As far as I know, this is the first time they have done a song together. And it turned out excellent.

Whether it’s the soulful sample crafted by Alchemist (Let me know if anybody knows what sample used here) or the fact that Freddie and Conway both are rapping RAPPING here with both of their verses paralleling each other:

My first love was football from playin’ that Madden shit
My second love was hard drugs, weed and this rappin’ shit
Alhamdulillah on the nights that I wasn’t havin’ shit
I say my prayers but I’m rusty as fuck with Arabic

Look, my first love was writin’ verses and rappin’ bars
My second love was sittin’ on bandos and trappin’ hard
Hospital bed, bullet in my neck and a fractured jaw
Call it crazy, but I always knew I’d bounce back this hard

Yeah, this track is worth the admission alone.

9. Skinny Suge
Here Freddie (aka Skinny Suge on Twitter) raps about drawbacks from street life. He covers his drug use to facing jail time to even the overdose death of his uncle (R.I.P. Big Time Watts).

It’s a dark song that is matched by the production. And while it may change the mood when listening to this album, songs like this are needed to show the range.

10. All Glass
We go from the reflectiveness of “Skinny Suge” to almost action movie levels with “All Glass”.

This song almost feels like Freddie is performing with a live band while he raps about buying his young shooters Playstation 5s, having a shootout in a hospital parking lot, and having the same gun they shot Ricky from Boyz n the Hood (among other things). It’s a crazy ride and a good ending for the album.

And that’s the end of Alfredo.

Recently on The Joe Budden Podcast, Freddie Gibbs said he basically put this out for people on Twitter that said he couldn’t make a good album without Madlib. I don’t agree with those people but it is funny that he chose to make an album with a producer that is on the same vibe as Madlib to combat those statements (Sampling soul records, spacey interludes, etc). While I do believe that Gangsta Gibbs is talented enough to rap on a variety of beats, to me he does sound best on the Madlib/Alchemist type of beats. And that one reason why Alfredo is a success. While I feel Alchemist’s resume has already carved out his place in Hip-Hop history, I think the world is finally taken notice of Freddie Gibbs. This adds to his output in the last few years that was already hard to ignore.

I’m all for short albums (who the hell has time to listen to a 28-track albums?) and Alfredo clocks in at around 35 minutes. And in that half-hour you’ll find that the album doesn’t have a bad song. It’s just a good play through from top to bottom. Alfredo is basically what happens with put an elite rapper and elite producer in the same room for 10-tracks. Eat up.