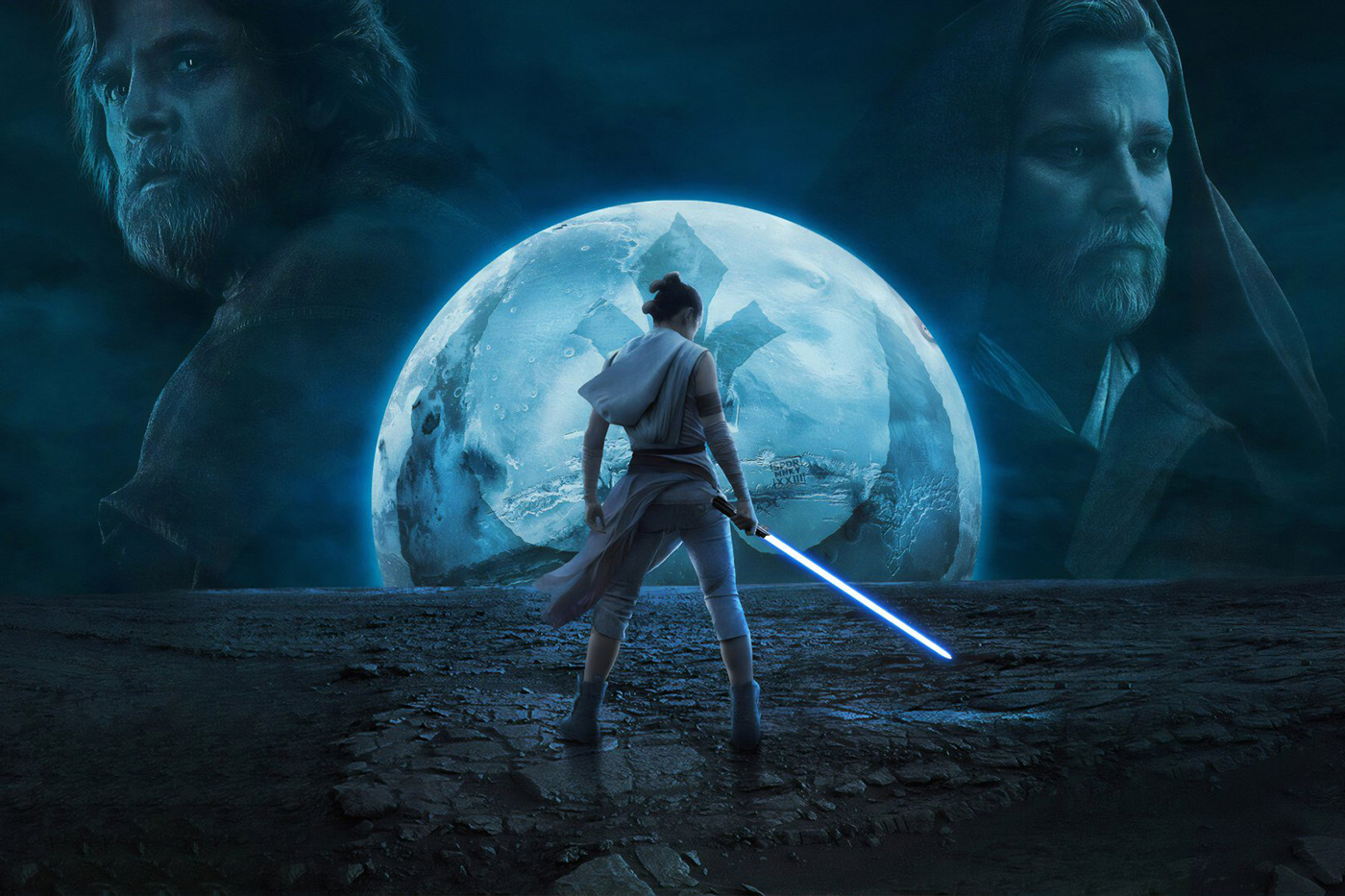 In 2015 Disney decided that they were going to capitalize on owning the Star Wars mythos after purchasing it from George Lucas himself. This culminated in the release of Star Wars: The Force Awakens. This movie was divisive, very divisive. There were two groups of people: the first group were excited to see Star Wars on the big screen, while the others noticed the eerie similarities between this movie and A New Hope. Even though this movie was divisive, everyone seemed to believe that Star Wars had a bright future. This was due to cliff hangers that the movie intentionally left us with. Who is Fin and why did he disobey orders? What is Rey’s history, how is she so strong in the force? What made Kylo Ren fall to the dark side? Who are the Knights of Ren? Is Snoke really that big and where did he come from? We hoped some of these would be answered in Episode VIII.

In 2017, things turned for the worse. Star Wars: The Last Jedi (Episode VIII) picked up right where Episode VII left off. Rey finally found Luke Skywalker and attempted to hand him his lightsaber (a centralized item in the last movie). Luke stares at it in his hands and throws it as though he never wants to see it again. In the moment it was funny. You hoped it was a fleeting moment of comedy and the rest of the movie would have a more serious tone, with comedy sprinkled through (in the vein of its predecessors). However, you realized pretty fast that the tone of this movie would be different. Directors Ryan Johnson and J.J. Abrahams didn’t seem to share the same vision of this saga. Still there was hope! In Episode VII the big bad was Kylo Ren, but it seemed like this movie was initially raising the stakes by getting a bigger and badder. Supreme Leader Snoke was to be the villain, which was clearly a ruse. This movie showed that Kylo Ren and Rey seem to develop a romantic fascination with each other, touched on Kylo’s decent to the dark side, and seemed to suggest that Rey wasn’t special in terms of heritage. More importantly the fans got to see what has happened to Luke Skywalker. The most optimistic character in all fo the Star Wars universe had become a miserable old pessimistic person. He was able to redeem that by the end of the movie, but it didn’t leave fans happy. The movie also focused on Poe Dameron, but it failed to develop Fin in any real meaningful way.

That brings us to The Rise of Skywalker. This movie has been marketed as the end of the Skywalker saga. For a Star Wars fan like myself, there are a lot of questions. Will this movie tie up the loose ends left by its two predecessors? Is Rey really not tied to any of the original members of the story by lineage? Who are the Knights of Ren? Was Snoke really killed off? Will Kylo be redeemed? Is it true that Palpatine will be in this movie? Let’s get into it and see how Rise of the Skywalker ends a saga spanning over four decades.

This Star Wars movie starts like any others. On the screen we get a brief synopsis of where all of the major characters are in the film. Shortly after the prologue ends, we see Kylo fighting his way through warriors on an unfamiliar planet. Kylo fights his way until he is face to face with Emperor Palpatine. Palpatine admits that he “created” Snoke and he has been the voice of Darth Vader that Kylo had heard for years. Palpatine had been manipulating Kylo to get him to this point. Palpatine explains that he has a secret fleet and army he refers to as “The Final Order.” He tells Kylo he will give him command of this army, but he must kill Rey. He warns Kylo that Rey is much more powerful than he knows and the scene cuts.

This all happens so fast! It’s in the first 10-15 minutes that we find out Palpatine is alive and well, has a secret fleet and has been the voice Kylo has been hearing. This automatically makes me worry about the pacing of the movie.

The film shifts focus to Rey at this point. She is training under the tutelage of Leia, but she is having issues with staying focused as she is still having visions about her past and her future. As the movie progresses, we find out that Rey has been having visions of herself sitting on the thrown of the Sith. Kylo will use Rey’s uncertainty throughout the movie. Although Palpatine wants Kylo to kill Rey, he has other plans. This culminates into a final duel between the two that leads to Rey winning and seemingly hits Kylo Ren with a fatal shot through the abdomen due to Kylo becoming distracted as his mother reached out to him via the force. Rey would use the force to heal Kylo and tell him that she wanted to go with him as Ben Solo and not Kylo Ren.

After this Rey has a conversation with the force ghost of Luke Skywalker, and Kylo has one with his memory of Han Solo. Leia’s previous attempt to reach Kylo via the force ultimately led to her demise and caused a conflict in Kylo and great sadness to Rey. This leads to the final confrontation with Palpatine.

During the final battle with Palpatine, he initially attempts to get Rey to strike him down, in a similar fashion that he did when Luke Skywalker confronted him. Kylo at this point has come to back to the light side. He arrives to confront Palpatine to fight along side Rey. Palpatine, somehow, is able to draw their life source and is reenergized. He attempts to electrocute Rey, but she is able to deflect the lightning back to him, destroying the emperor once and for all.

I’m going to start with the good!

The visuals in this film were amazing. Like I said earlier, I was really worried about the pacing. After the first 30 minutes or so though, the movie really seemed to settle down.

All of the scenes that had Kylo Ren and Rey together were pretty great. You could really feel the conflict between the two. Not only that, but this was the first time since Return of the Jedi, that I felt that emotional conflict during their duels.

The tone of the movie was much different from The Last Jedi. This is a good thing! The tone matched the rest of the saga much better than the previous film.

If you read the synopsis, you realized that I rarely mentioned Poe and Fin. This is because they only seem to be in the film to assist pushing the story or Rey and Kylo further. There are even parts of this film where they tease that Fin is in love with Rey, but this was never truly explored. Those characters should be much more highlighted than they were.

The first 30 minutes to an hour really relied on the watcher believing that everything we watched in Episode VIII wasn’t true. It leads us to believe that Rey was essentially a “no one” in regards to her heritage. In this film that is immediately retconned, and we find out that she was a Palpatine. It almost feels like this movie was a standalone. In fact, each movie in this trilogy feels like that.

Overall this movie is a let down to Star Wars fanatics like myself, but the casual fan will like it. I’m hoping this isn’t truly the end of the Skywalker Saga, but only time will tell.