I love superhero films and I can’t help the infatuation. Superpowers or not, I love a story when a hero has to rise up to battle seemingly unstoppable foes. While I have grown tired of films with final battles ending in downtown NYC with collateral damage, I’ll always be in the theater when the hero on screen is not another white man. Captain Marvel stars Brie Larson as Carol Danvers, an air force pilot that gains the superpowers after colliding with the Kree superhero, Mar-Vell.

I’m excited about this film. The trailer lets you know at the 5-second mark that this is the 90’s! Samuel L. Jackson has been playing Nick Fury so long that when he appears in the trailer I wondered how much they paid to CGI his eye. Also starring Gemma Chan, Jude Law, Djimon Hounsou, and Lashana Lynch.

The first woman-led film of the MCU arrives to save us all from Thanos on March 8, 2019. 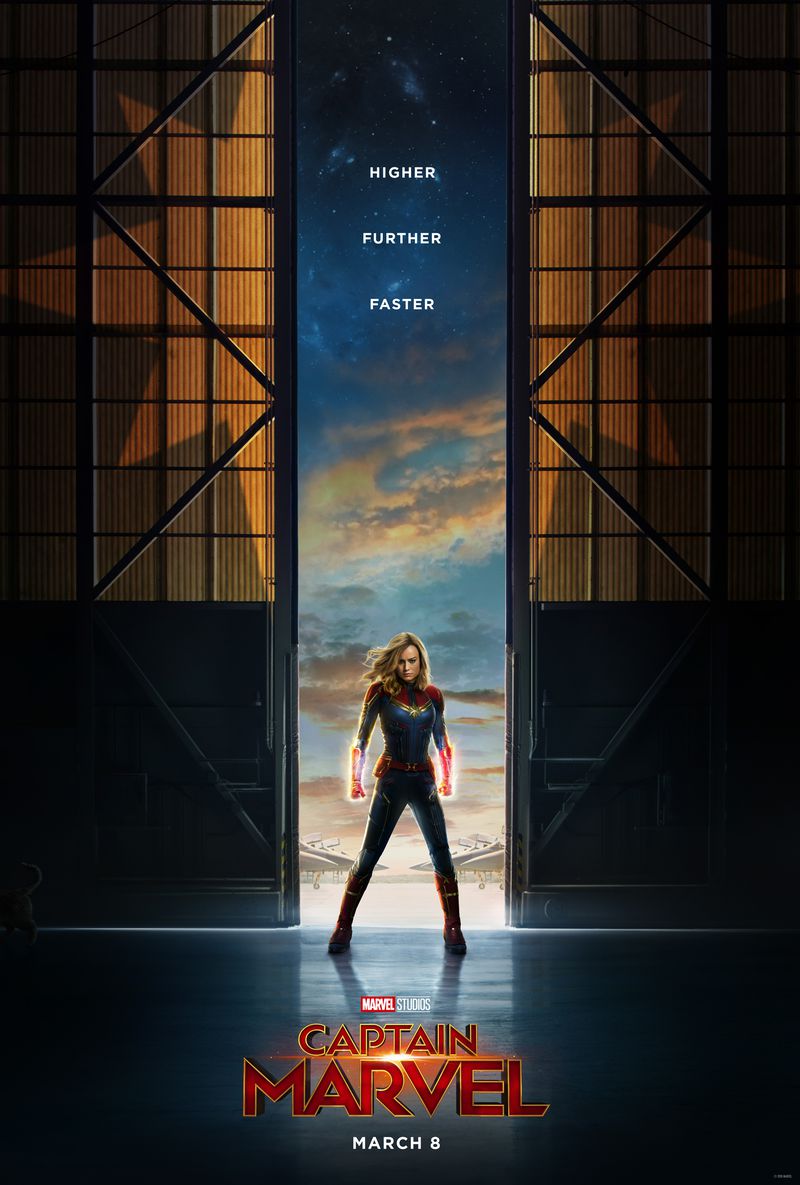