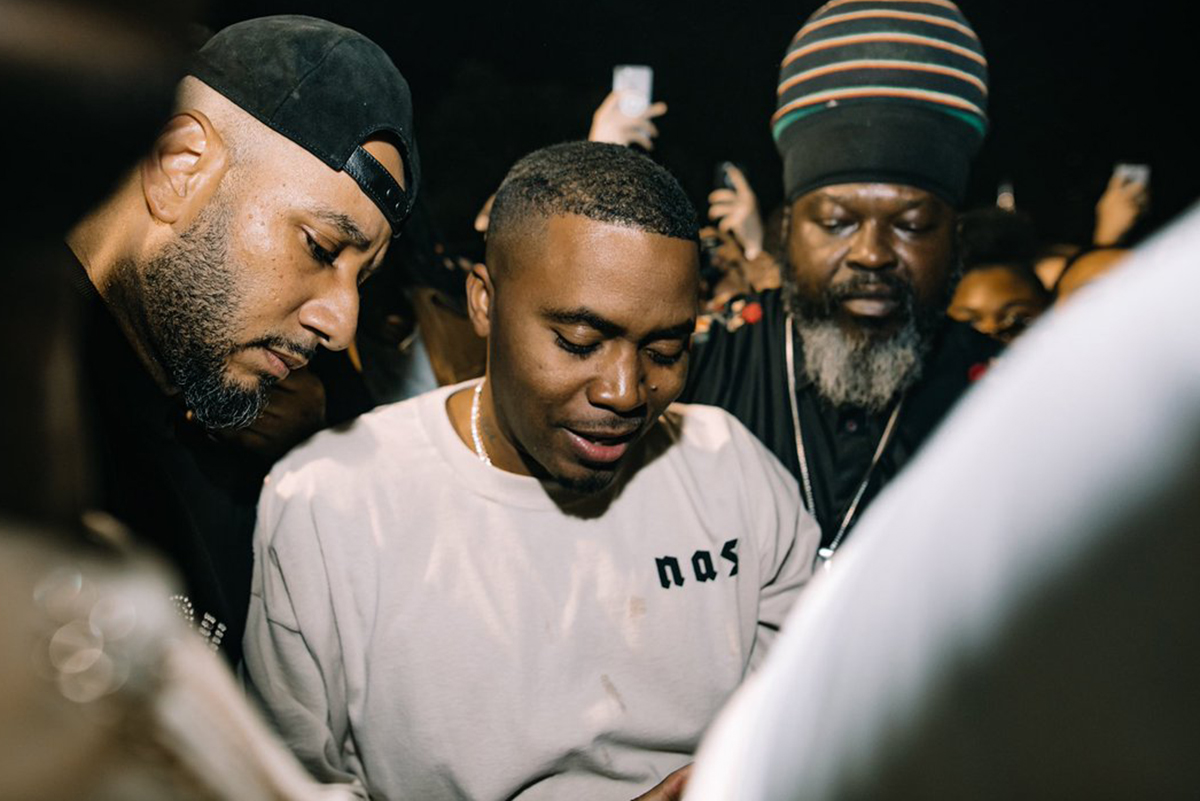 What can I say about Nas that hasn’t been said? He is arguably the greatest rapper of all time. He is responsible for what may be the greatest rap album of all time, Illmatic. He is a major influence for today’s top tier lyricists. With all of that, 60% of his discography is one gigantic L.

Nah, I can’t say that, that is completely unfair to say. However, almost every fan expects a Nas album to be at the exact same level that he was 24 years ago. It Was Written, Stillmatic, God’s Son, even his B-sides, The Lost Tapes were good to great but it most definitely had its missteps. Untitled (AKA Nigger) is a release that in retrospect, is a victim of its own hype and controversy surrounding it. Street’s Disciple was an overly ambitious double album that had more misfires than moments and Nastradamus… don’t get me started. So, now with this new studio album NASIR, his first in well over six years and the second to last project to come out of Kanye West’s album experiment, I’m sure many are expecting the “Old Kanye” to magically appear in his production to give Nas that well-needed motivation and creative push to challenge the listeners. Did we get that? Let’s find out!

1. Not for Radio
Featuring Puff Daddy & 070 Shake; Produced by Kanye West, Mike Dean, Benny Blanco, & Cashmere Cat
You can definitely tell that Nas and Puff are trying to go for the “Hate Me Now” of the trap era. Now, this is a political statement, but I will be honest, I am not too keen about the conspiracy theories he forms in the song, so in a way, it kind of takes me away from the enjoyment of the song, but not too much. 070 Shake is getting a lot of shine lately eh? All in all, the vibe I get from the lyrics is that he is attempting to challenge the narrative that we learn in history books, with some or most of the facts left out of them. I fucks with this, it has my attention.

2. Cops Shot the Kid
Featuring Kanye West; Produced by Kanye West & Andrew Dawson
I caught some flack on my podcast, for saying that the Slick Rick sample with the Richard Pryor scream tying the sample and the beat together, got annoying throughout the song, when I like “A Milli” (Well, apples and oranges, motherfucka!!!). I’m indifferent with this song, because of the production and what’s gong on right now, I don’t want to hear Kanye talk about ANYTHING in regards to the Black community. You write a verse describing how Black youth are killed unjustly due to the irrational fear and judgments of police officers, when you’re out here wearing “MAGA” hats, claiming “slavery was a choice” and mask that with the idea of “free thinking”, I DON’T BELIEVE YOU and YOU CAN GO FUCK YOURSELF!!!

3. White Label
Produced by Kanye West, Mike Dean, & BoogzDaBeast
I like the beat for this song, but lyrically, this was just a song where Nas is taking a page out of the Magna Carta Holy Grail playbook, where he is rapping about shit that I don’t have and never will have or want. Following that, is when I started to look into the background for this song and I had learned that this is a loose theme based around the Seven Deadly Sins. Hmmm….

4. Bonjour
Featuring Tony Williams; Produced by Kanye West, Che Pope, Mike Dean, & Eric Danchick
So now if this album is based on the Seven Deadly Sins, this would definitely be tied to the sin of lust and Mr. Jones waxes poetic on his desire and sexual attraction to the opposite sex. But the third verse is key, because this is where he urges those to watch who they lay in bed with and to watch your money, because making sure that your kid’s upbringing is better than yours is true wealth.

5. Everything
Featuring The-Dream & Kanye West; Produced by Kanye West, Mike Dean, Benny Blanco, Cashmere Cat, & Plain Pat
This is perhaps my favorite song on the album. I clowned it a little bit, because it is more of Kanye and The-Dream trading vocal harmonies. Despite, that it is mostly them than Nas, it is most definitely a highlight. Also, there are many gems plastered within Nas’s verses:

Listen vultures, I’ve been shackled by Western culture
You convinced most of my people to live off emotion
That’s why we competin’
Death by the chrome barrel, forgot the secrets

He goes into depth about how most of us want to fit in instead of stand out, how we take desperate measures just to feel like we are belonging to something of purpose or for the acceptance of others, whether that be fans or your own brethren. The second and third verse go even deeper, describing how the first thing we feel being born, is pain and how Nas bought land owned by slave masters and washing it clean of its past.

6. Adam & Eve
Featuring The-Dream; Produced by Kanye West, Mike Dean, Plain Pat, Evan Mast
I am a fan of the sample here and at first I thought the chorus was also sampled, but nope, it’s The-Dream. The song lyrically, is a recalling of that long told idea, that the apple doesn’t fall too far from the tree. He tells the listener that your insecurities can keep you disabled, similar to the sin of Sloth, where laziness keeps you from advancing towards whatever your goal maybe or your passion is. A play on the title is Nas describing how he is living lavishly, as a way to enjoy the fruits of his labor, but while doing so, he is slipping into a poison, because the fruit is forbidden, all the while cutting the fat from the meat, getting the squares out the circle.

No bacon, brothers is swine

Keep a close eye on the people that surround you.

7. Simple Things
Produced by Kanye West & Mike Dean
The final track of the record, is Nas giving a perspective on how others envy the career that he has and the things that he has done. It is simple, short and straight to the point, but I feel like it could have gone on longer, instead of just abruptly ending the way that it did.

There is a reason why it has taken so long with writing a review for this album. I have had a different opinion, emotion and vibe with every listen to this album and with it being so short, it makes it easier to consume. After I write this review, there may be a different view that I will have on it. For right now, what I am understanding is that those out there just have to let the Illmatic comparisons to his other projects go completely. In addition to that, “Cops Shot the Kid” aside, we don’t have to let Kanye be that much of a distraction for how we enjoy and analyze this new album.

Outside of DAYTONA, this is another Kanye-helmed project that I am able to stomach. I gave my thoughts on how I feel about Ye and the only way I am listening to Kids See Ghosts is out of morbid curiosity. I feel Nas delivered lyrically, just as I knew he would, Kanye’s production on the other hand as well as the songs overall, leave me going from feeling satisfied to underwhelmed, whether it’s due to song length, ideas being ideas and never becoming fleshed out, or being overly ambitious. Overall, this is a good project, but not great, but who knows, that could change… at least I hope.