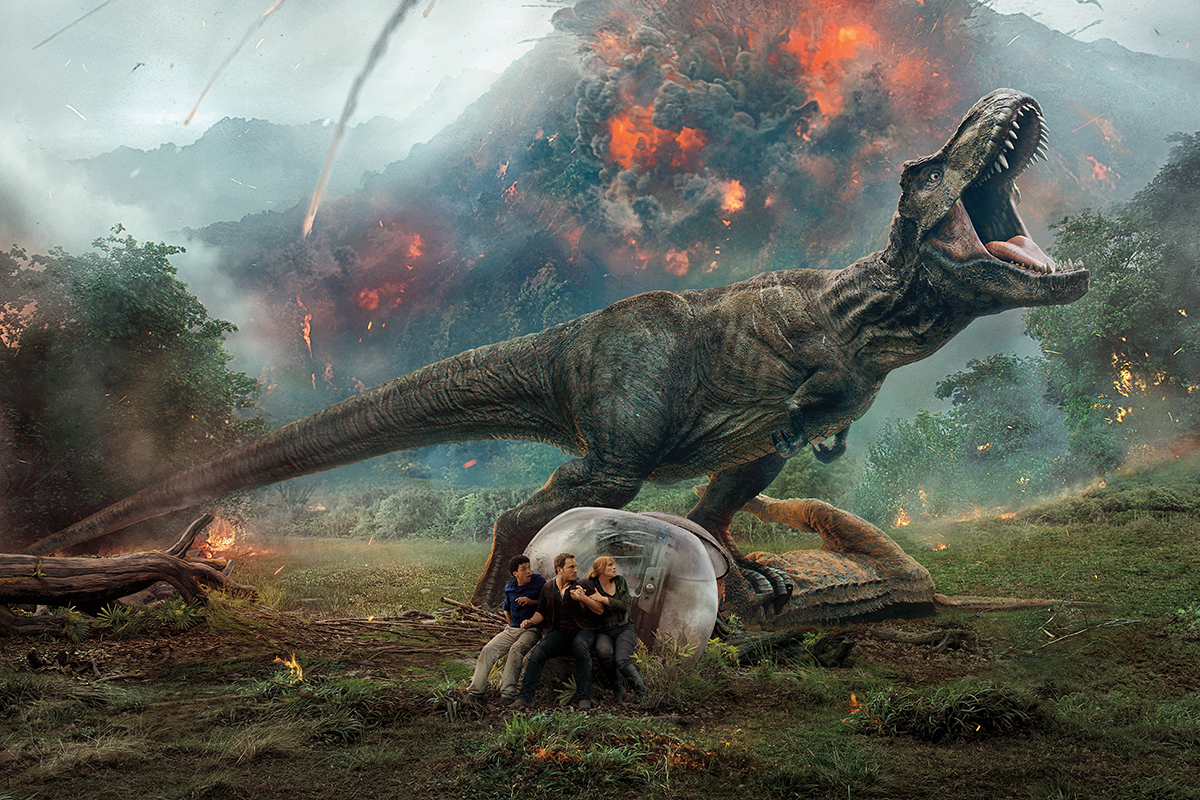 The age of the dinosaurs is back with the upcoming release of Jurassic World: Fallen Kingdom coming three years after the record breaking Jurassic World was released, making over a billion dollars world wide. Fallen Kingdom has it’s original stars from Jurassic World returning with Chris Pratt and Bryce Dallas Howard with Jurassic Park‘s Jeff Goldblum returning to the series since Lost World and new to the franchise is Justice Smith known from his lead role in the Netflix series The Getdown. Also new to the series is director J.A. Bayona, known for his critically acclaim film A Monster Calls in 2016. After the success of Jurassic World there was no doubt of a subsequent sequel; I myself wasn’t overly thrilled as Jurassic World was mildly entertaining at best. My interest in the film peaked with the change of direction was announced to Bayona and heightened with the teaser trailer dropping late last year. I got more excited than Whitney Houston in a trap house. 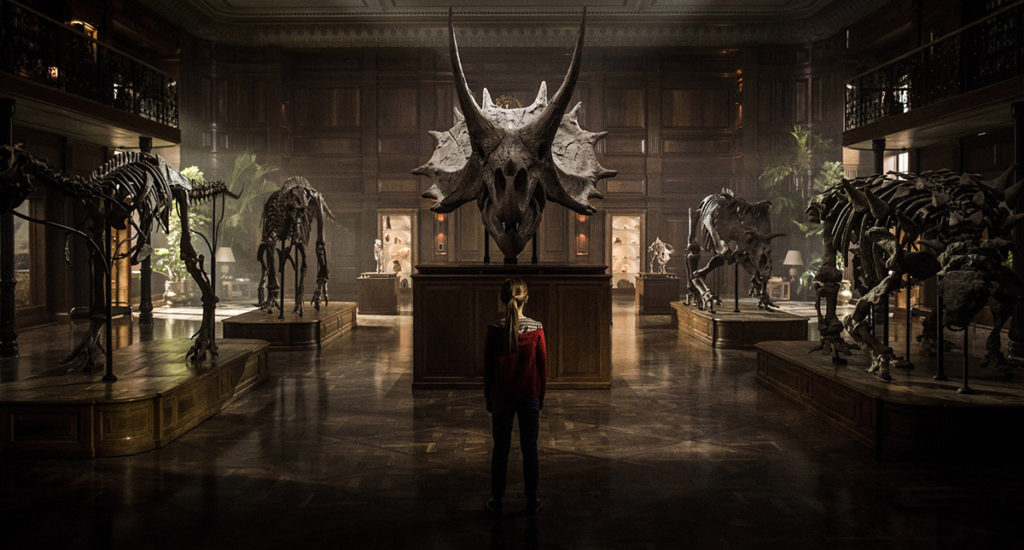 The film begins three years after the events of Jurassic World. The park is now closed and the dinos are left to fend for themselves when an active volcano threatens to blow the island off the map and extinct the dinosaurs again. One company puts together a plan straight from Noah’s Arc to save two species of every dinosaur. This is where Pratt and Howard come in as their characters Owen and Claire have been off leading normal lives away from dinosaurs. The two are pulled back in by the company looking to save the dinosaurs. The pair are shipped off to the island to round up the dinos and save one particular species raised by Owens named Blue. On the island they meet computer geek named Franklin (Justice Smith) who is sent to aid them . The trio quickly goes in search for Blue but is faced with peril in a CGI overload set piece that sees them running from a heard of dinos escaping a volcanic blast while dropping hundreds of feet off a cliff into a rocky ocean. After regrouping Owens and Claire quickly find out what the company true nature with the dinosaurs, putting them at odds and the plot turns into a race against time to stop the corporate overlords with a bunch of shootouts and chase sequences with dinosaurs sprinkled throughout. Though I enjoyed Fallen Kingdom more than Jurassic World the story and plot devices just fell flat and the characters came off cheesy. Overall I give Jurassic World: Fallen Kingdom 6/10