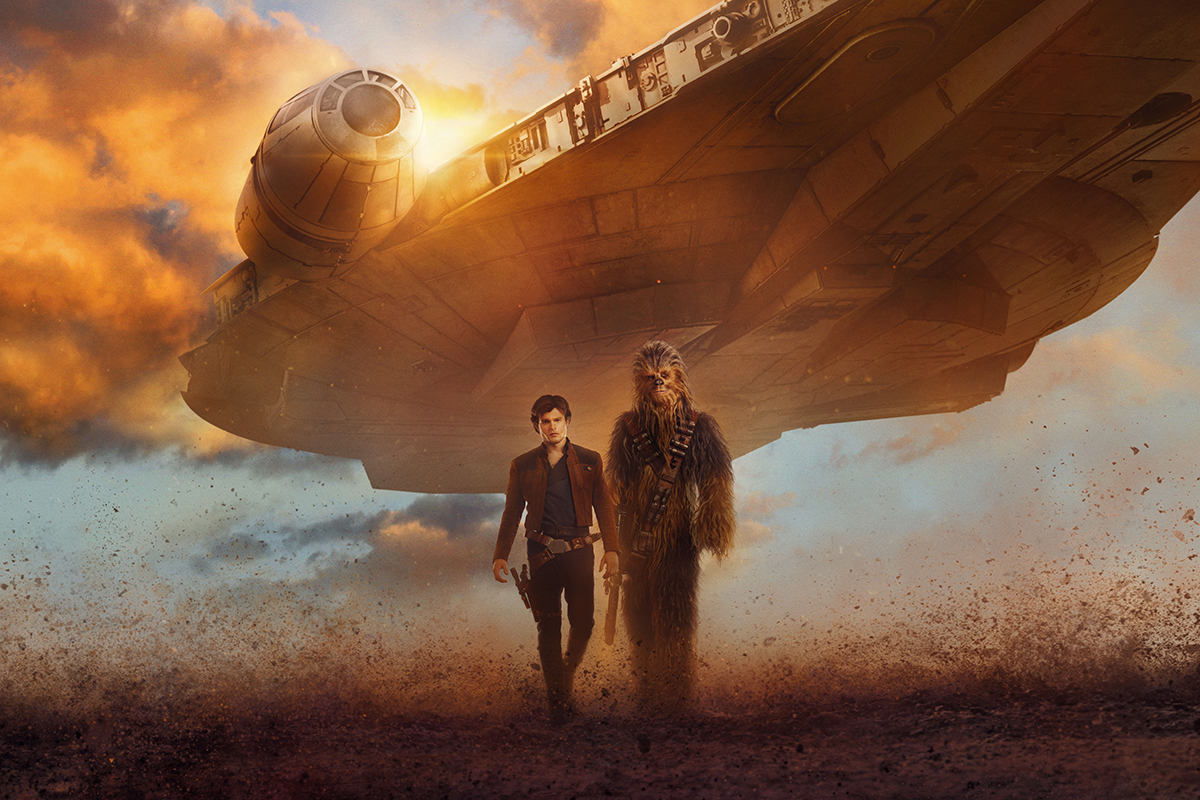 Its been forty years since the debut of Han Solo in the original Stars Wars and the beloved character finally gets his own film with the release of Solo: A Star Wars Story, the second stand alone film since Lucas Film was bought by Disney. Lucas film announced Solo two years ago and it had fans split especially after Han met his demise at the hands of his own son in The Force Awakens. The search for the new Han Solo quickly began with a bunch of big names in the running to take over the role from the iconic Harrison Ford and six months later it was announced that Alden Ehrenreich would play a young Han Solo and Phil Lord & Christopher Miller would be directing; the duo known for their comedy with films like Lego Batman. Out of the announced Star Wars films this was my least anticipated after seeing Harrison Ford in the role for so long it was hard for me to picture anyone else playing the character. Also the choice of directors didn’t sit well with me either. Lucas Film wanted to go in a comedic direction for the film and I felt it didn’t fit in with the aurora of the character. Halfway through production and tens of millions of dollars spent, the studio heads must have agreed asthey fired Lord & Miller and hired Ron Howard to come in and save the film. This left me less than optimistic about the film. Anytime a director is fired once production has begun the final product delivered is less than stellar. 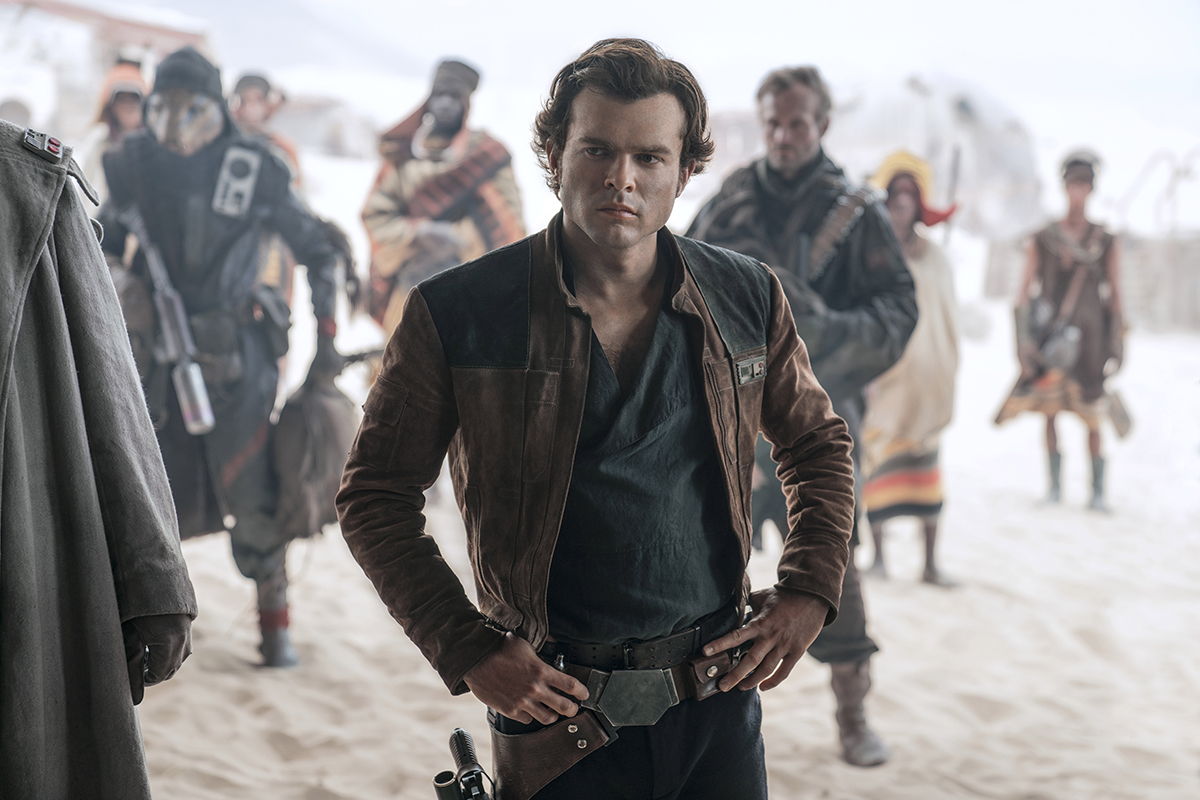 After a director change and six months of reshoots and low expectations, I got my chance to finally screen Solo: A Star Wars Story and I must say I had to eat crow, Solo is the best Star Wars film released since being bought by Disney. I enjoyed the film on all levels notably Alden Ehrenreich as Han Solo. I was worried he would deliver a Harrison Ford imitation but my fear quickly subsided minutes into the film as Ehrenreich appeared on screen and he created his own interpretation of the character that stayed true to the original while delivering a fresh portrayal of the character.

The movie, set several years before the original Star Wars, follows Han Solo on his journey from his home planet, Coreilia, where he is raised as a thief to survive pulling jobs with his childhood friend and love interest Qi’ra, played by Game of Thrones star Emilia Clarke. The chemistry between Clarke and Ehrenreich is strong and I found myself rooting for the two of them even though I knew the outcome of them being a couple. After Han escapes the life of a thief on Coreilia he goes on a quest to become the best pilot in the galaxy which leads him to meeting Chewbaca. I thought the reveal of Chewbaca into the story was clever and natural, the writers had one chance to tell the origins of one of the best duos in cinematic history and they executed it perfectly. Hans run in with Chewbaca leads him into joining a group of smugglers led by Tobias Beckett played by Woody Harrelson. Beckett becomes Hans mentor and teaches him the ins and outs of the smuggling world. After a heist goes wrong Beckett and Han must pull off the biggest most impossible of heists in order to save their lives this leads Han into meeting and recruiting Lando Calrissian played by Donald Glover. Glover perfectly creates his own interpretation of Lando that stands apart from the version originally played by Billy Dee Williams. Han and Lando have a unique relationship throughout the film which ultimately leads to Han acquiring the Millennium Falcon from Lando.

Solo is just over two hours but seem a lot less than that as the film is fast pace from beginning to end. Howard doesn’t extend scenes too long; a Oscar winning director of his magnitude is able to perfectly put together scenes that flow into one another without being overly bloated with detail. My only fault I had with the film was the under developed villain played by Paul Betley. I wanted to see more of him as his set up into the story started off interesting. Overall I had a fun time watching this film it worked despite having a lot of things working against it I give it 8/10