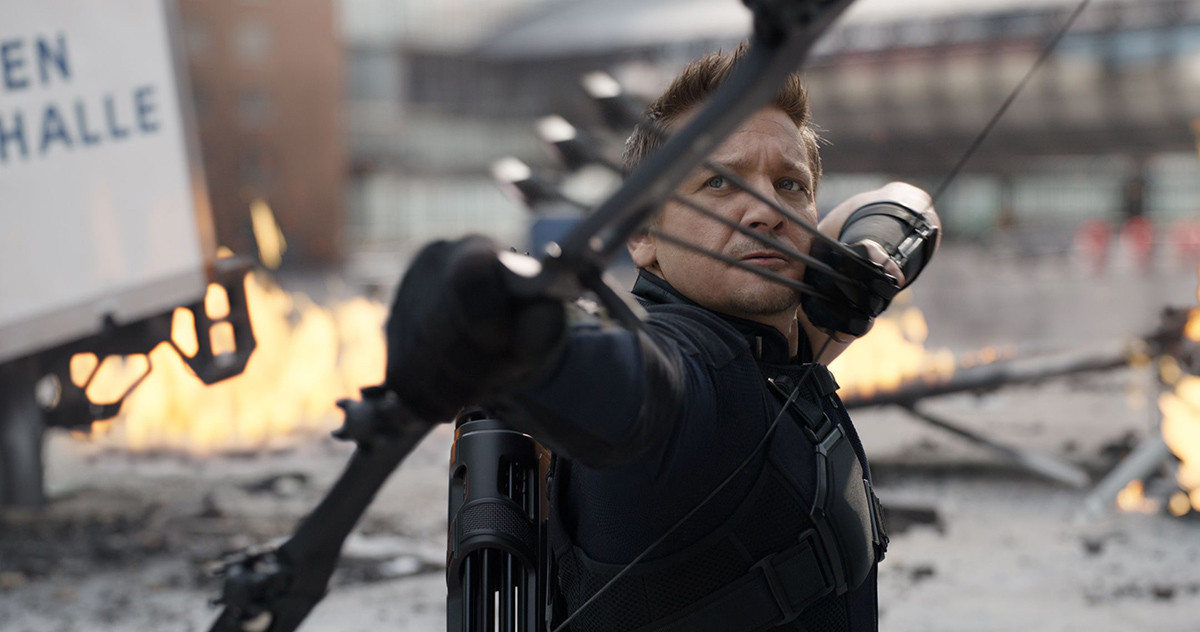 4. Hawkeye
Clint Barnes aka Hawkeye he made is debut in Thor as an agent of S.H.I.E.L.D. and later became an Avenger. We all know he is the less powerful of all The Avengers and most under developed. At this point in the Cinematic Universe there’s no room for Hawkeye with the body count of heroes rising each year. Hawkeye’s death was teased in Age of Ultron but I believe this time around the fight against Thanos will be too much for him and with just three weeks till release he hasn’t been seen in any of the marketing for Infinity War.