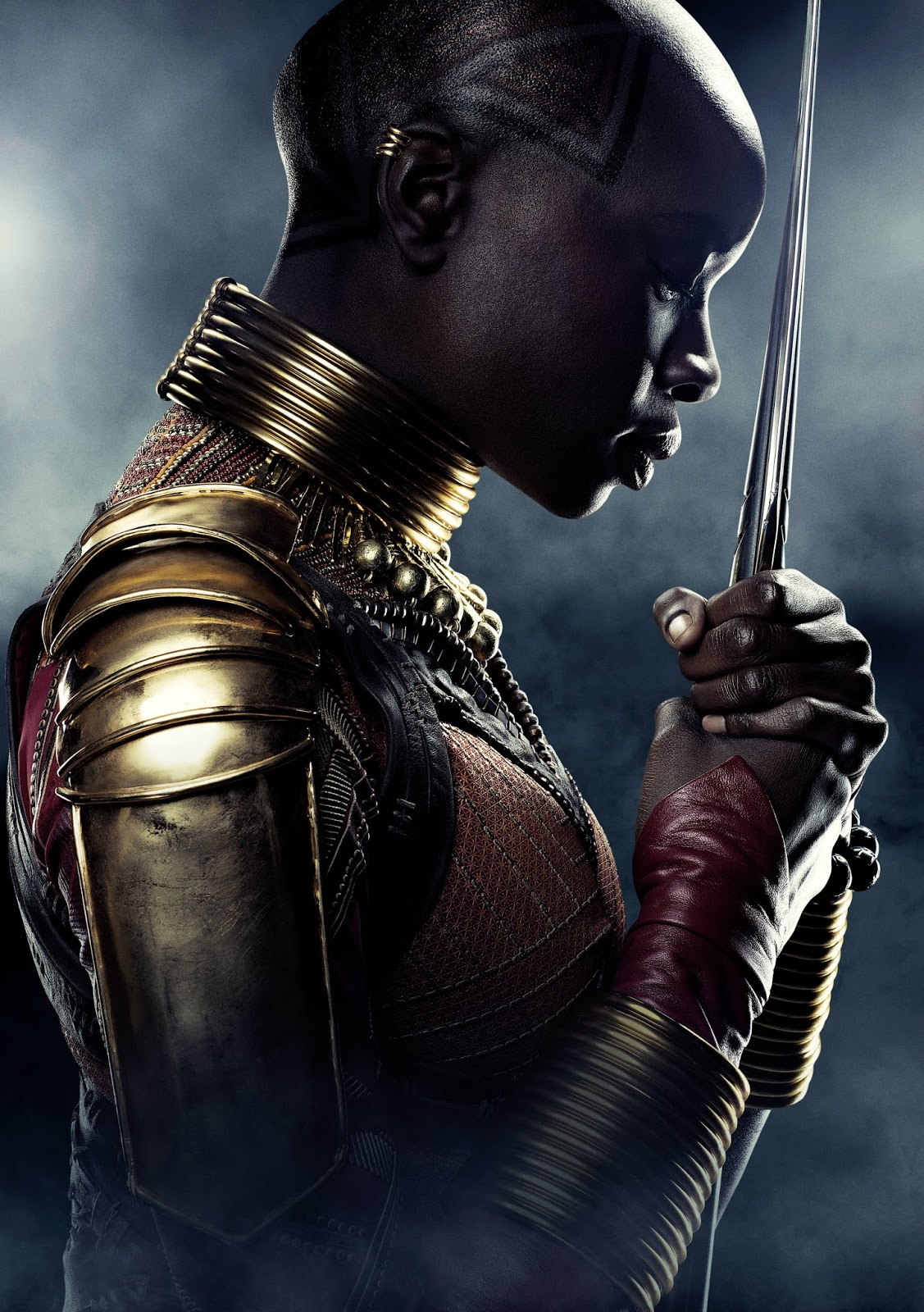 5. OKOYE
Okoye General and leader of the Dora Milaje, no one served the throne of Wakanda with more heart then than her. Played by Dania Gurira, she has went from playing one bad ass female in Michonne in The Walking Dead to another in Okoye. When Okoye was on screen you can’t helped but to fixate on her. Gurira is able to distinguish the two and has said, “She can be serious, but she also has an unexpected sense of humor. She has a heart, but for her country and for her people”.