Evidence – Weather or Not [Review] 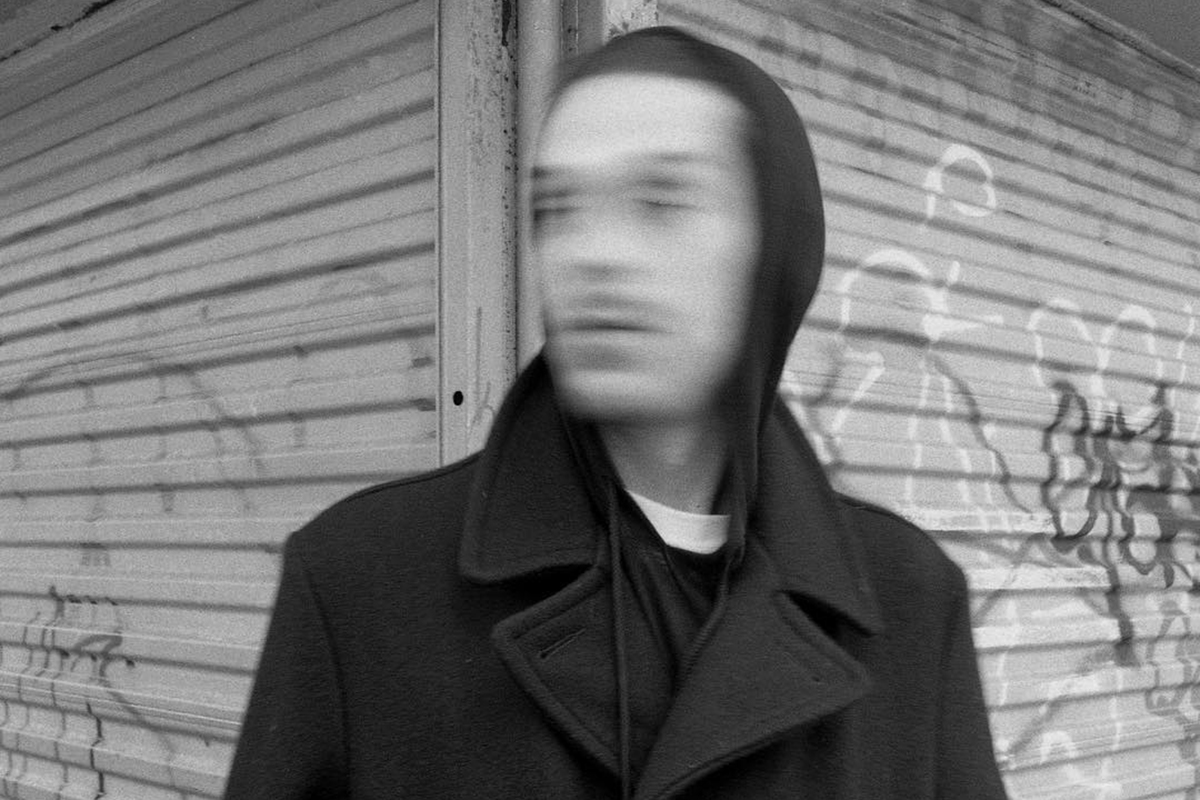 When I first started listening to more underground Hip-Hop in the early 2000s, Dilated Peoples were one of the first groups that were recommended to me by classmates and other Hip-Hop heads. However, when checking out albums like The Platform and Expansion Team, I found Evidence to be the weaker out of the two, where Rakaa Iriscience’s flow and delivery was more satisfying based off of what I liked at the time.

After the release of 20/20, the group took a break and Ev went to release his debut solo album, The Weatherman. I bought the record with the little I had left from my refund check and placed it inside of my CD Walkman that very day. It was decent at best, but his monotone “slow flow” in combination with the tone of the production, I don’t know, I guess for me at that time and the inexperience and lack of knowledge of that style, it may have just been too much for me. A few years later, with the release of Cats & Dogs, I’m a little open to his flow now (Thank Gang Starr for that), the production is more varied and him joining the legendary Rhymesayers label breathed new life in a sense. The problem was still, I’m only enjoying half of the album where I’m either getting those head nodding boom pap bangers, or I’m getting songs that are putting me to sleep faster than a trap rapper on his fifth cup of promethazine.

So here we are, a few years after Dilated Peoples’ reunion record, Directors of Photography, with Ev’s follow-up Weather or Not. Will I change my tune and expect some blue skies or get more torrential downpours? … Those weather cliches did not work in my favor. Let’s get into the record, shall we?

1. The Factory
Produced by Twiz the Beat Pro
This is a solid intro to start. In love with the instrumental, it’s like a balance between melodic and grimy. My favorite part of this song is the last couple of bars on the second verse:

Good way to kick things off.

2. Throw It All Away
Produced by The Alchemist
It is beats like this that instantly brings back memories of the 90’s when I hear them. Lyrically, it is what you expect from Ev, plus he throws some shout-outs to his partner in rhyme, Killer Mike of Run the Jewels and his old neighborhood of Chicago and 1st in Los Angeles. I saw this song back on a Spotify playlist around the latter part of 2017 but didn’t bother to check it out. I’m glad I did now, because this is one of those songs that you can just close your eyes and zone out. My favorite so far and we’re only two songs in.

3. Powder Cocaine
Featuring Slug & Catero; Produced by The Alchemist
As I am writing this review, I just realized this was an Alchemist production. Sweet! My favorite parts of this is the harmonies in the production with that guitar sample that comes in a few times throughout the verses. Plus I like how melodic the hook, I think this was interpolated from another song but I would have to research that again (Editor’s Note: Association’s “Never My Love”). A simple but fluent verse from Ev and as far as Slug is concerned, I don’t know, it was decent but Slug’s verses don’t have that hold on me that they used to, but then again he is a family man and I should not expect a 40 year old man to continue to harp on his exes. Me on the other hand… either way, dope track!

4. Jim Dean
Produced by Nottz
Everything works here, the beat fits Ev’s signature “slow flow”, but that is about it. It is something just to vibe to, nothing more, nothing less. Appreciate that Guru shout-out though.

5. Weather or Not
Produced by DJ Babu

The next time there is a Rhymesayers day in my hometown and Evidence just so happens to be on the bill, I feel this will be a highlight for me (If he decides to perform this). This is very hard-hitting and Ev waxes poetic on everything ranging from the creative process to the daily stresses of life to everyday hustling, finding some way to make it all get together, and have it be cohesive. This is a highlight for me.

6. Moving Too Fast
Featuring Catero; Produced by Evidence
Love the piano sample, love the vocals, but it is still an interlude, so it’s mainly just served as a break for me.

7. Runners
Featuring Defari; Produced by Evidence
After the first couple of listens, I caught myself vibing out to the guitar sample in the instrumental. Outside of that, I got nothing out of this really. Surprised to see Defari on this, ain’t seen or heard from him in years but… meh for me. Not bad or terrible, but… meh… I can live without it in my iTunes.

8. Bad Publicity
Featuring Krondon; Produced by Nottz
Nottz’s production on this one makes you wanna snap your neck from all the head-bopping you will be doing to this beat. Outside of that, it is business as usual for Ev lyrically. Krondon’s hook here is serviceable.
Sidebar: Shout out to Krondon for his role on Black Lightning!!! Get that CW money!!!

9. Rain Drops
Produced by Twiz the Beat Pro
I remember hearing this while out on the city bus. The beat definitely gives you those rainy Saturday feels and all the other emotions that come with them. Except on this day that I heard the song, it was a Sunday and that rain just happened to be snow and that snow I had to endure on my way to work. Anyways, similar to “Throw it All Away”, this is one of those songs to just sit back and enjoy the vibe.

10. Sell Me This Pen
Featuring The Alchemist & Mach-Hommy; Produced by The Alchemist
I should be more of a fan of Evidence/Alchemist collaborations, but for some reason, they start to wear thin every now and then (i.e. Lord Steppington). The song is okay, nothing really stood out on this one. Additionally, the third verse from whoever that was, I mean… it is one thing to be solid technically, but if you’re not saying anything… I’ll leave it at that, I’m not trying to offend anyone my first review back.

11. Love Is A Funny Thing
Featuring Khrysis, Rapsody, & Styles P; Produced by The Alchemist
These piano samples are so lush behind these drums. Khrysis is on the hook and the song is all about how each emcee have seen their life change once they begin to obtain wealth (In this case, friends turn on you). I have yet to hear a wack Rapsody verse yet, plus Ev and Styles P did their thing also.

12. 10,000 Hours
Produced by DJ Premier
Exactly what you expect from DJ Premier at this stage in his career and I hate to disappoint those out there, but homie ain’t changing his style any time soon. If it ain’t broke, don’t fix it. Another hard-hitting boom bap banger and even Dre & Snoop’s “Nuthin But a G Thang” is lifted for the scratches. On the lyrical side, Ev spits game on how longevity trumps the latest trends and unfortunately, Aubrey Graham is the sacrificial lamb:

Everyone’s an imitation
Spitters cop the G Rap, the rest are on some Drake shit (right)
I took my time to find my own shit, 10,000 hours
No borrow type or loan shit, ’cause I’ma own it

13. What I Need
Produced by Evidence
In the second verse, I feel as if though Ev was describing the crab in a bucket mentalities that engulf many cities whether they’re the hotbed for the most known rappers or the dungeons for the most unknown ones. Once someone leaves to better their opportunities, everyone is chomping at the bit to be next up. I may be wrong, if I am, please correct me. Another melodic banger here. Loves.

14. To Make a Long Story Longer
Featuring Jonwayne; Produced by Samiyam
That vintage crackle of the vinyl, I just love, love, love!!! Jonwayne, the feature on this song, was incredibly slept on last year in my opinion and he proves again why Rap Album Two should be a mainstay in your playlists. Definitely one of my favorites.

15. Wonderful World
Featuring Rakaa; Produced by Budgie
We get a Dilated reunion here. Rakaa still got it man, but that’s all I can say. It is a solid track, nothing exceptional but solid.

16. By My Side Too
Produced by Budgie
Fuck… damn man. It is just one of those songs where so much is said within such a short amount of time. So this song is basically about his son and feeling a new sense of being, a sense of feeling alive, despite the mother of his son having cancer and the pain she is enduring from the chemotherapy. It hits you out of nowhere and instantly tugs at the heart strings. A somber but joyful way to end the album.

Going into Weather or Not, I knew that I was either going to like it and let it continue to grow on me, or like it and not care enough to go back to it later this year. Here with this album, I don’t like this album… I love this album. Three efforts later and Evidence comes with something to where his flow and the choices of his production all come together and maintains a tone throughout the project where it isn’t bogged down by unnecessary skits or unneeded filler. Those problems are still there but the highlights of the album make it to where they don’t stand out more after the album is wrapped up. Maybe after a couple more listens, it may be near classic, may not be, but for now, this is an incredibly solid effort from a veteran that wears his traditionalist values on his sleeve and is unapologetic for it. With that said… let it rain Ev. Let it rain. Jones OUT!