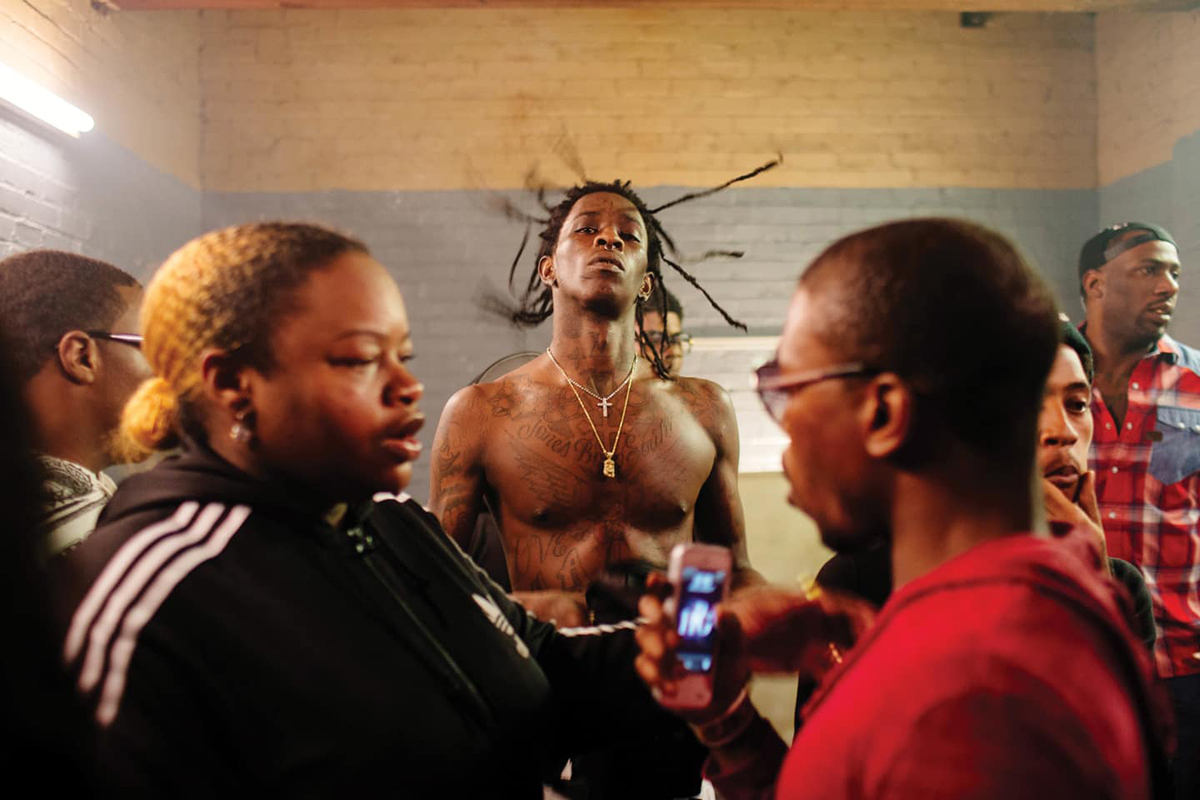 Hip-Hop artists have a love of gambling and playing cards like any of us. In fact, gambling for them is not all the time just playing for fun. Sometimes they arrange or take part in card games that are supposed to be charitable. That means all the collection won will be granted to benevolent organizations and it is a good way both to have a good game and help people. Though, it is usually a hobby. But some just play it for fun or get addicted to the casino games.

Let’s have a look at Hip-Hop artists that are better in poker than you:

Atlanta’s own Young Thug, also known as Jeffery Lamar Williams, has been on the picture for a few years now having made his breakout in 2014. Thug swiftly recognized himself as a star in the making by way of a sole sound and broken beat that interrupts the traditional Hip-Hop flows. He wins several awards too for the new move toward album titles with the name he selected to give to his, as yet unreleased album, Hy!£UN35. He has confessed to having two identities which he follows with passion. Thug, he insists, is where the music is at but Lil Jeff is a gambler through and through. “There are two Thugs, One a rapper and one a gambler. This isn’t Thug, it’s Lil Jeff who live to play casino games. I think he like shooting dice more than rapping”.

With more than 100 million records transferred to his name, Jay-Z, also known as Shawn Carter, is one of the genre’s leading artists of all time. A commercial titan, Mr. Beyoncé has a personal fortune estimated at over $500 million.  This fine figure has been made up of different sections, much of it away from his recording and performing career. Mr. Z also happens to be a successful business man too. Check it, the guy was president of Def Jam Records, Roc Nation, Rocawear clothing line and is a certified baseball and basketball sports agent to boot. Add this to his wife’s quite strong income and now you can understand why he has so much disposable income. Disposable income that he likes to use at the casino games in London and Las Vegas. At said casinos, high stakes of course, the recording star is often said to wager huge amounts and his major loss came when he lost $500,000 in a single high-stakes poker hand in Las Vegas.

Veteran rapper Birdman lost $2 million betting the Miami Heat would win the NBA Championships over the Dallas Mavericks. But that loss didn’t mean all bets are off. After winning $1 million in a bet on last year’s Super Bowl, years ago Birdman tweeted that he would put down a staggering $5 million on this year’s big game. The online-betting giant BetOnline.com called out the Cash Money CEO, and said it would bet not in favor of the rapper and the New England Patriots in the hope of a big win.

“50 Cent” Jackson is another rapper who enjoys a gamble. We know so as he once penned the following for his 2007 track, “What You Got”; “I got a gambling problem. I bet you **** I’mma be back bustin’. But you won’t notice me when that gat dumpin’, you wan’ bet?. I lost money when I bet on Roy. Won money when I bet on Floyd, I’m the one that bet on boy”. Over the years, Fiddy has staked far more than $0.50 and famously won a $500,000 bet on the New York Giants plus a further $1 million on boxer Floyd May weather Jr. in one of his bouts with Oscar de le Hoya.

The American rapper and actor known to the world as Nelly, but to his moms as Cornell Iral Haynes, started out with his successful solo Hip-Hop career in the year 2000. That was the year he released his smash hit debut album, Country Grammar and which also had his first international top ten hit, “Ride Wit Me”. Like Jay-Z above, some of his record money has been reinvested into business openings. Several things about Nelly’s look tell us things about him. One, he is famous for wearing a band aid on his left cheek in honor to his brother and, two, he has a unique card hand tattoo that spells out his name. This is in honor of another love of his, the casino games. Above all, Nelly is a productive gambler and a huge poker fan having taken part in the 2007 World Series of Poker Main Event and been a regular on the now departed Poker Stars European Poker Tour circuit where his tells have led to disappointing cash out of just $5,153.

Whether it’s Young Thug, Jay-Z, Birdman, 50 cent or Nelly, It’s clear that each and every one of these Hip-Hop tycoons enjoy wagering with the aim to win, and who’s to stop them if they behave sensibly, and have the bank balances to match. When it comes to making high stakes in exchange for big wins, Hip-Hop legends go up to the event, leaving the sense that perhaps Hip-Hop and gambling do have a bond after all.

If, like these Hip-Hop artists, you are under pressure to win decent cash at poker or any other casino game, then online casinos are a good way of practicing. You can play for free, risking nothing or, when you convinced enough step up and play games for real money. Who knows, one day you be going heads up with stars!