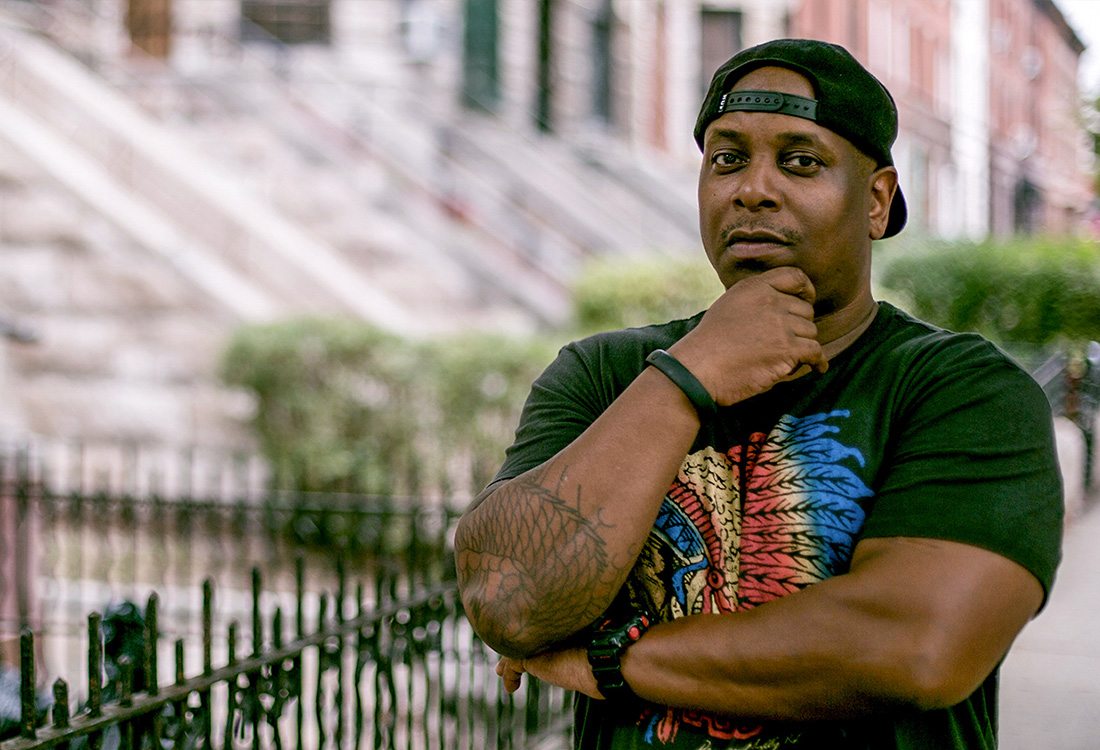 I will scream “Fuck Cancer” till my last day is decided by my Lord and Savior. B-Easy informed me that one of the voices that I have listened to almost each and every week for the 4 past years had been silenced. Combat Jack, former entertainment lawyer, former managing editor of The Source, Co-founder of Loud Speakers Network, and host of The Combat Jack Show was told “Job Well Done” at the age of 48 after battling colon cancer this year. Today, I pay respect by taking it back to the first episode that I listened to and started my initiation into the collective him, Dallas Penn, A-King, Premium Pete, Just Blaze, and DJ BenHaMeen referred to as “Internets”.

While scrolling  Complex one day, while unemployed, I saw that Foxy Brown did an in-depth interview with a podcast. I didn’t know what to expect when “Get ready for combat” blasted from my speakers. The camaraderie between the hosts and its guest made the interview jump from serious to comical, back and forth, intelligent to foolish topics, I was amazed. Besides being one of the best interviewers of the Black entertainment culture, he shifted podcast culture. The Read, Brilliant Idiots, Tax Season, Friend Zone, Fan Bros, A Waste of Time, On One W/ Angela Rye; all these different personalities and representations of Hip-Hop and Black culture mixed in with powerful and inspiring messages about politics, mental health, and social justice live on his Loud Speakers Network. He told listeners of all backgrounds and environments, to “Raise The Bar” and fully encompassed that sentiment by producing all these shows and changing the landscape of podcasting forever. Thank you, Combat, you were never afraid to represent or quiet your pride in your Brooklyn roots, Haitian heritage, always transparent with your wins and losses to the end, giving yourself to the people. You will be missed.

“Dream them dreams and man up or woman up and live those dreams. because a life without dreams is black and white, the universe flows in techno-color and surround sound. Blaow!” – Reggie Osse, Esq (July 8, 1969 – December 20,2017)

Bonus: I’m adding the visuals to the amazingly therapeutic episode of The Combat Jack Show featuring the captivating Dr. Maya Petitford. Take care of your physical and mental health, everyone! God Bless.