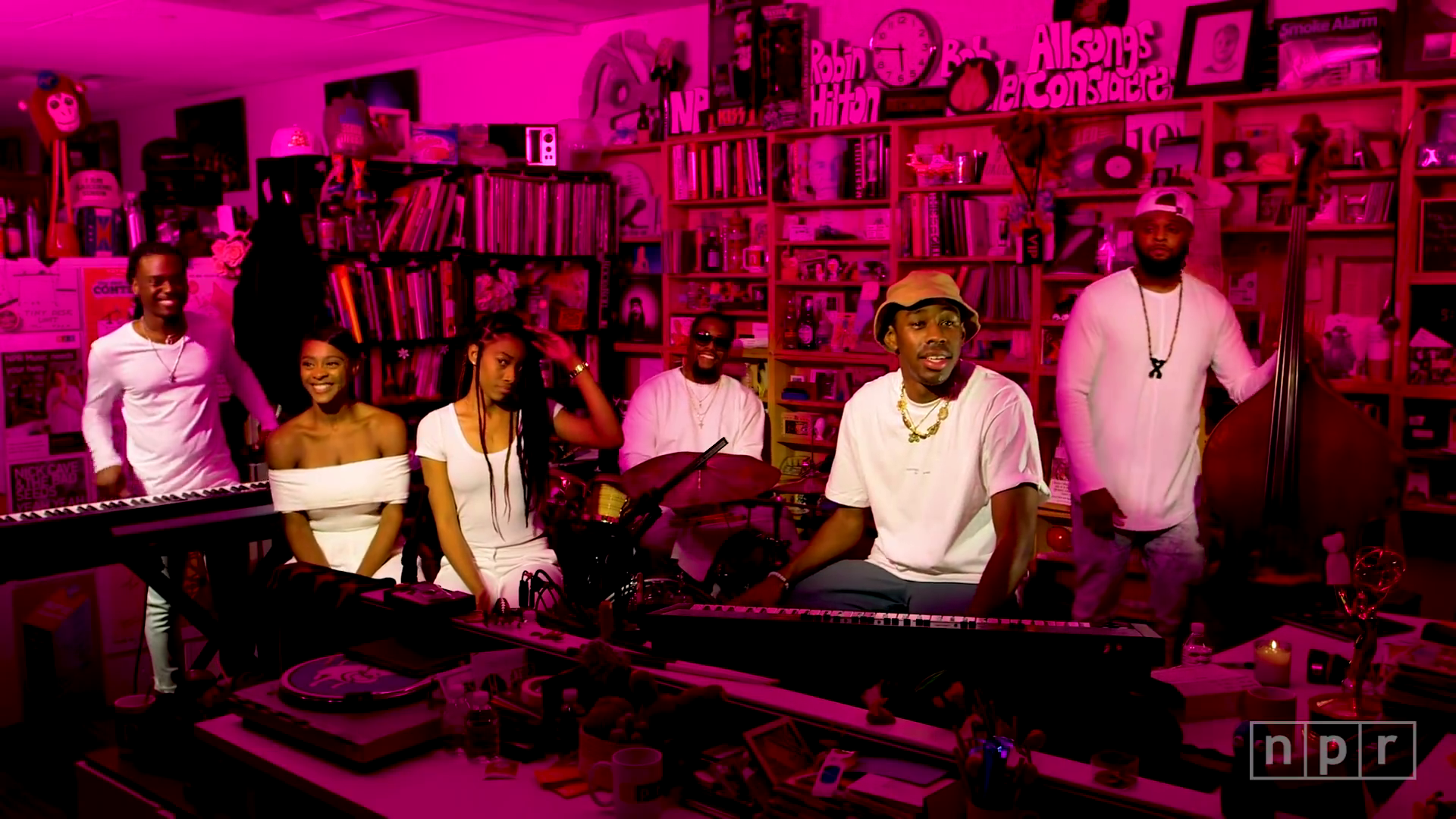 I guess I’m back to being the “Odd Future Guy” of the “Tupac Website”. Tyler makes a surprise appearance on NPR’s series, Tiny Desk Concert. Accompanied by a band he believes that finally fully produces the most potent representation of his music, Tyler blooms with tracks from an album from my “best of” list, his Grammy-nominated album, Flower Boy.

Tyler, The Creator’s Tiny Desk performance was a first for many reasons. It was the Los Angeles rapper’s first time performing at our offices, but moreover, it was the Tiny Desk’s first nighttime performance, a special request from Tyler and his team in order to professionally light the “stage” themselves. Members of Tyler’s lighting crew came to the office a day before to set it up, eventually bathing him and his band in shades of fuchsia, orange and blue — one for each song — during the early evening show. Flower Boy, Tyler’s latest album, is much like this Tiny Desk performance; a surprising departure from the expected. Four albums in, he has matured as a producer, rapper and human being. Often equated to hip-hop’s class clown, the 26-year-old peels back his own mask of immaturity to reveal a young adult grappling with anxiety, fear and uncertainty of self.