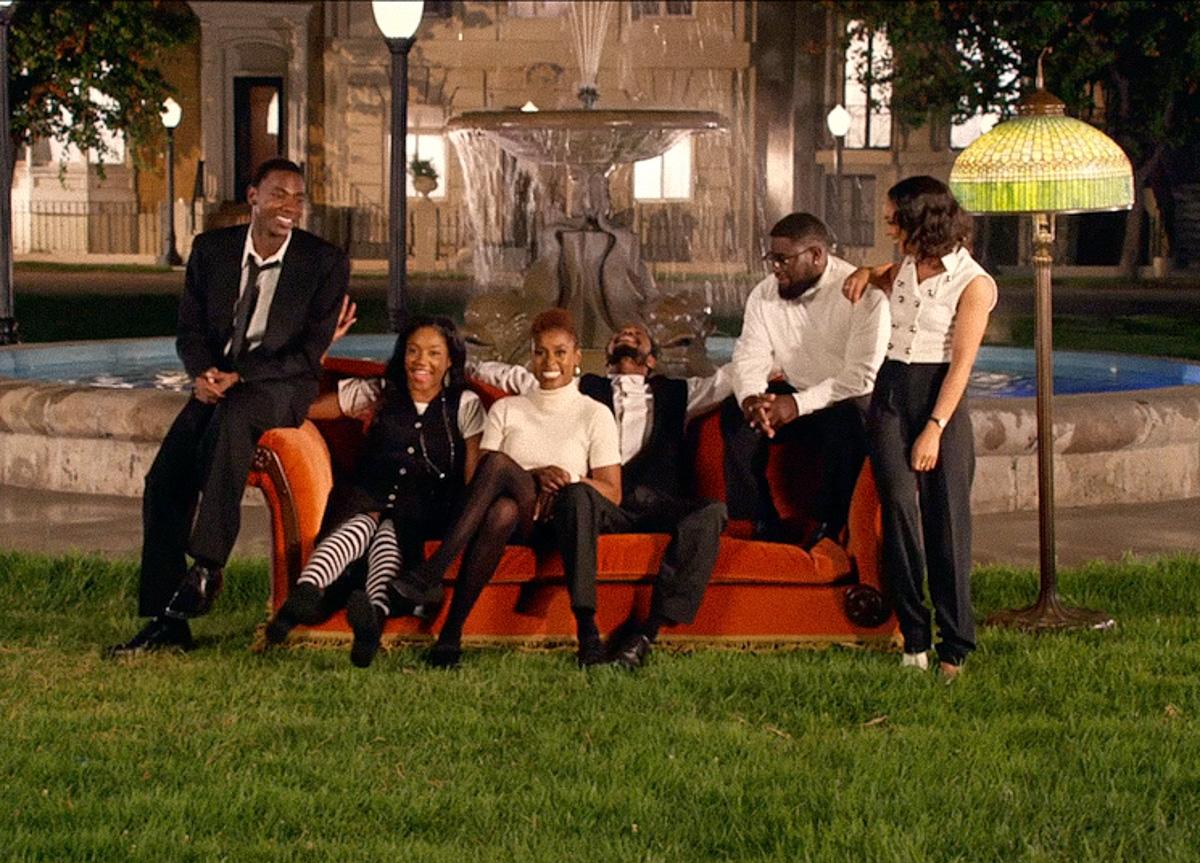 Tidal premiered Jay-Z‘s latest 4:44 visual, “Moonlight” last week. This week, the video lives on Jay-Z’s VEVO channel on YouTube with outtakes and scenes that give more of a glance at what if this cast was all featured together in a sitcom. Yes, it would be amazing. Jerrod Carmichael, Issa Rae, Lil Rel Howery, Tiffany Haddish, Lakeith Stainfield, and Tessa Thompson.

The song, featuring a sample from The Fugees, is a reflective look on the status of famous Black entertainers. The video brilliantly crosses over the cast of The Carmichael Show and Insecure with Tessa Thompson to show that Black actors have more to worry about than just ratings. They have to represent their entire culture and race by themselves; a burden never forced onto their white counterparts. I wish I could credit whoever tweeted about the brilliant parallel of having Jerrod walk off the set of the NBC show featured in the music video as his NBC show as come to an end amongst creative differences and low ratings.

As of now, “Moonlight” and Story of O.J.” are fighting for best video, let’s hope that the video for “Marcy Me” will at least continue to match the bar that has been set like “Adnis”, “4:44”, “Kill Jay Z”, and “Bam”. Salute to the creatives behind the visual, Roc Nation’s President, Chaka Pilgrim and the video’s director, Master of Nones Alan Yang. Congratulations/Good Luck to him, the cast and especially Lena Waithe on their Emmy nominations.