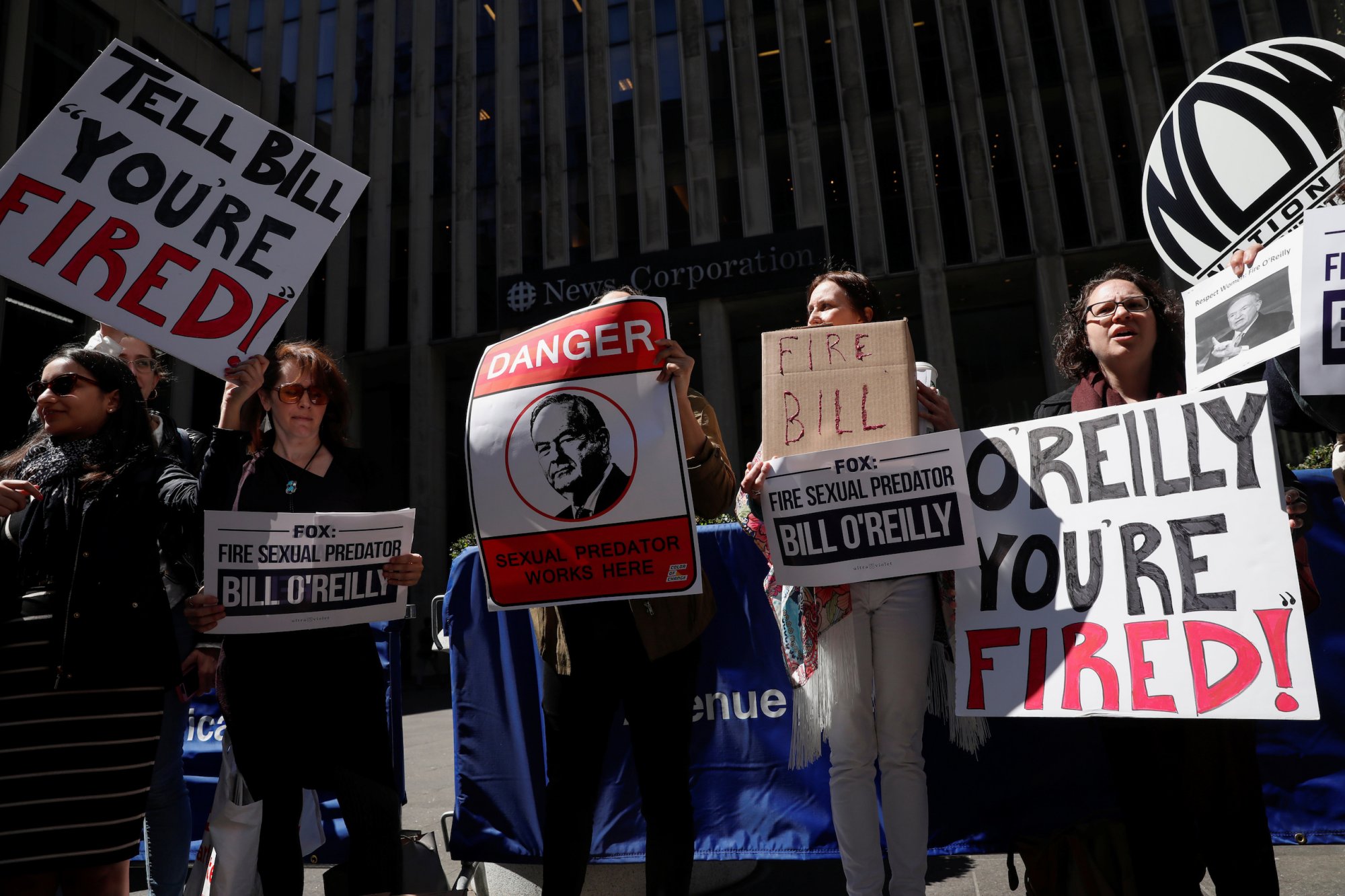 As the world celebrates Earth’s natural pleasures today on 4/20, 4/19 may become a holiday as well as Liberals and everyone who thinks you shouldn’t be able to pay your way out of sexually harassing women (or make a living talking down to Black people) rejoiced the shocking firing of Bill O’Reilly. The embattled Fox News juggernaut was future endeavored yesterday after 15 years of sexual harassment lawsuits could no longer be ignored. While evidence was always mounting, especially with new cases coming to light recently, it’s still shocking to see ol’ Bill go down. The man is undoubtedly the king of cable news, and was Fox’s golden goose, bringing in a reported $173 million dollars in revenue to the channel last year.

If you’ve gotten this far you may be asking yourself, “What the hell that gotta do with a Song of the Week?!?” Plenty you impatient miscreants! O’Reilly in his 20 plus year career has had some notable feuds, and two of those are the highlight for this installment of #SOTW.

First there’s Ludacris. While for most of you 14 year olds who visit this sight Chris Luva Luva is the guy from the Fast & Furious movies. But in the early 2000’s Luda was arguably one of the top rappers in the game, which helped him ink a deal with non Kendall Jenner Pepsi. This infuriated O’Reilly and he used his show the O’Reilly Factor to constantly call out Pepsi for endorsing Luda, calling him and his fans immoral degenerates. Luda would respond in his song “Number One Spot” with a not so subtle jab at Bill:

Respected highly, hi Mr. O’Reilly!/hope all is well/kiss the plaintiff and the wifey!

Cam’ron may have not feuded with O’Reilly, but he did help contribute to one of the greatest tv segments, memes and catch phrases of all time. Before Dame was broke and he and Cam were still cool enough to pop Armadale with Jay-Z, they both appeared on the O’Reilly Factor to debate a New York City principle about the dangerous influence of Hip-Hop on kids. I can’t do this interaction justice, so you’ll have to google it. While Bill wouldn’t go on the same tirade on Cam as he did Ludacris, I have an interesting conspiracy theory. During the interview after Cam drops his infamous “U Mad!”, he goes on to say he has dirt on O’Reilly. He never saws what, but you can guess. This was 2003. In 2005 Cam’ron would be shot in D.C. on his way to Howard University’s Homecoming celebration. He would later blame this on Jay Z and said the shooter flashed the Roc handsign. Do we really think people are that stupid to throw up music label hand signs? Or maybe a certain embarrassed news host needed to take out the King of Pink?

(Full disclosure, I made up that conspiracy theory and admit to having no proof, because I believe Bill O’Reilly is petty enough to try and sue me for libel now that he has so much free time on his hands.)