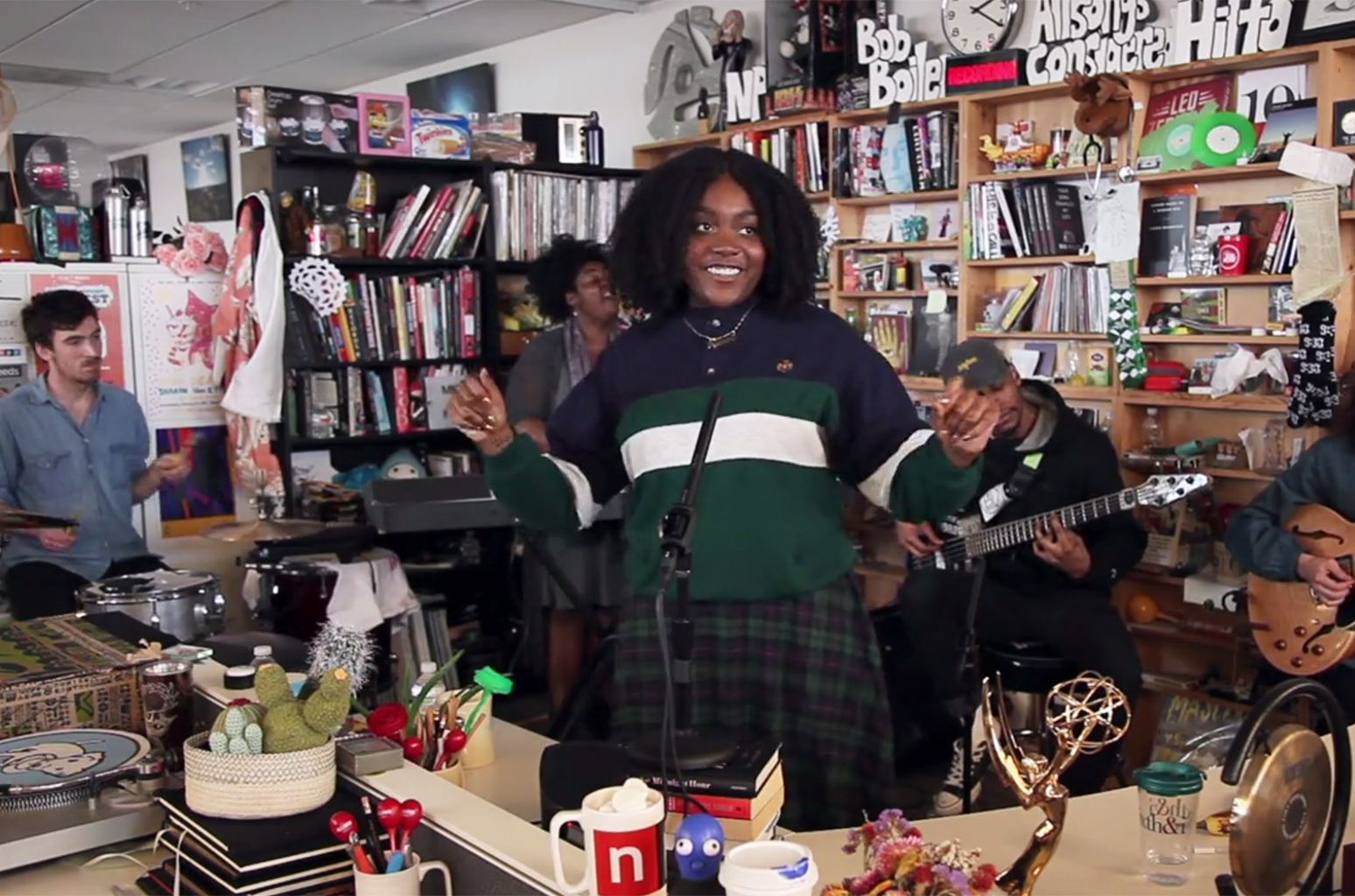 NPR’s Tiny Desk Concert is this generation’s MTV: Unplugged. An artist performs from the D.C. offices putting their lyrics before everything else. Run The Jewels and D.R.A.M. have performed already this year and they killed it. On this episode, Chicago rapper, Noname shares the stories behind cuts from her fantastic 2016 project, Telefone.

Here’s a fun fact about Noname’s Tiny Desk Concert: It almost didn’t happen. Around the time of their D.C. stop, she (born Fatimah Warner) and her bandmates got their first dose of tour sickness. Thanks to rest, medicine and our mutual excitement, she made her way into the NPR offices the following day. If there ever was a ‘Noname’ way of doing things, this is definitely her signature method. It’s in the way she’s able to muster a smile while performing a heartbreaking tale of abortion. It’s those sometimes bleak, melancholy lyrics over brilliant, colorful production.

These intriguing juxtapositions are what propelled Telefone to our top 50 albums of 2016. She prefaced her performance of “Reality Check” by saying: “I kind of talk in like, scramble-think, so hopefully you guys follow it.” “Scramble-think” refers to the clever metaphors she weaves in detailing the many ways she’s dodged destiny.