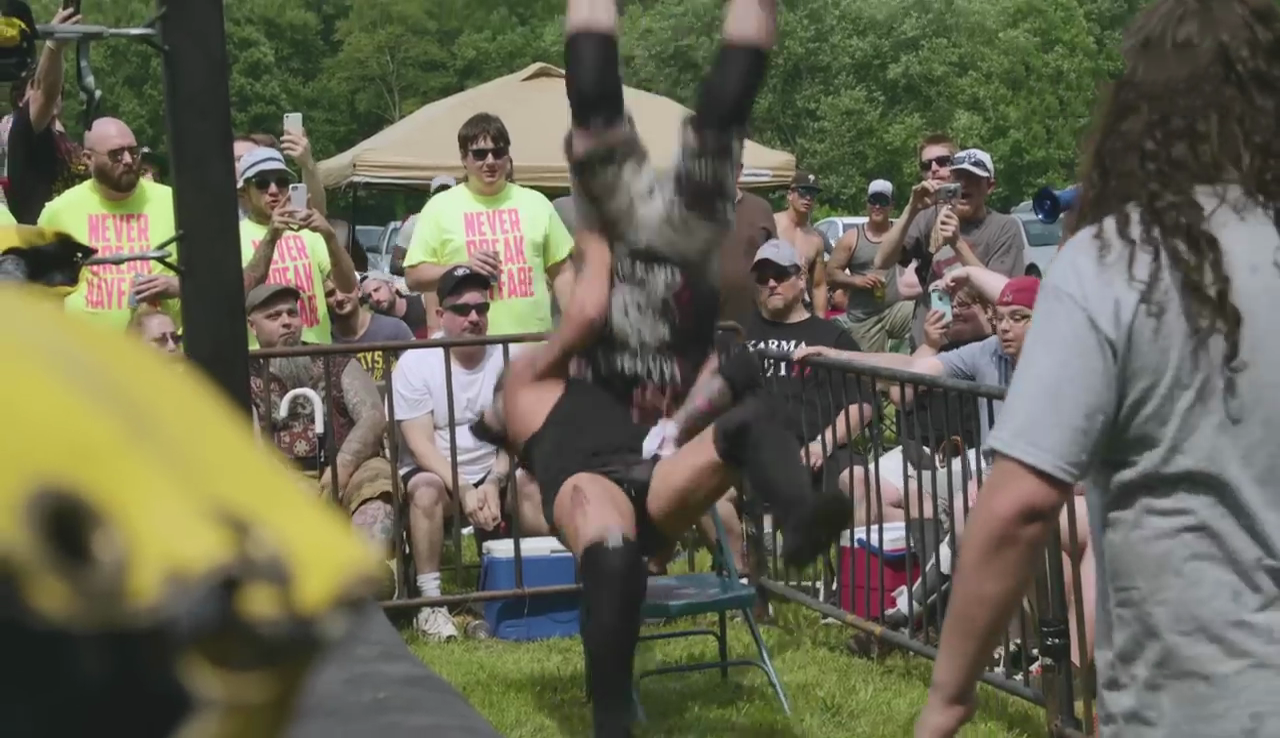 This VICE documentary focuses on the yearly professional wrestling event, CZW Tournament of Death (Spoiler Alert: It’s fucked up). The conversation around the nappyafro offices was would we feel comfortable going to this event because it looked like it could turn into a skinhead rally at any moment. But then we noticed that Black people were actually there too because Black people will literally show up anywhere. Either way, it’s a good documentary.

Damian Abraham goes to Delaware to get an inside look at one of the most violent forms of professional wrestling in the world. Deathmatch is an ultra-violent style of wrestling that includes makeshift weapons, light bulb tubes, and barbed wire to ensure a maximum amount of bloodletting.

This VICE documentary tells the story of Deathmatch wrestler David Markland (aka DJ Hyde) who organizes the controversial CZW Tournament of Death, a yearly highlight in the wrestling community that sees many fans traveling from all over the world to attend.