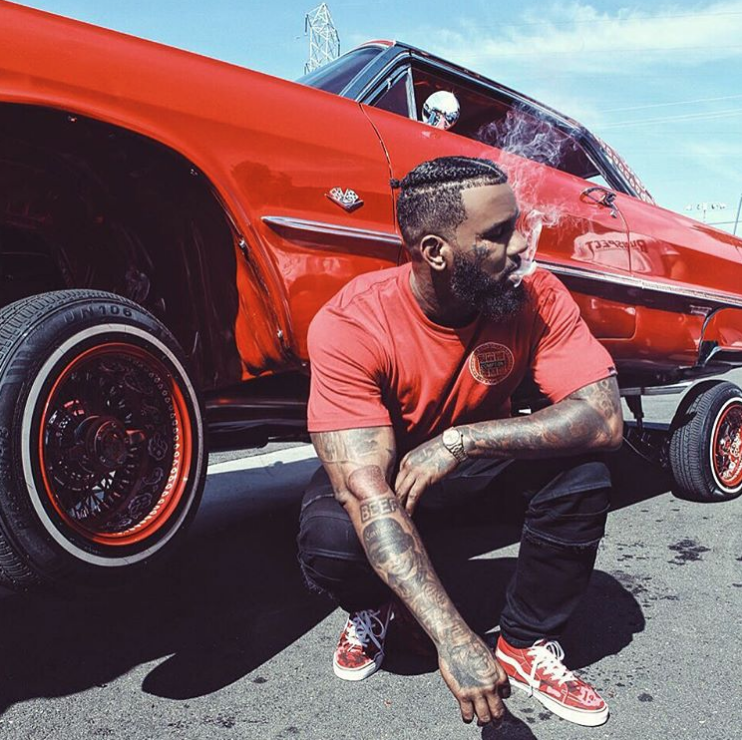 Well, I guess The Game is mad at Meek Mill. Coincidentally, Game also has an album dropping soon. The song “92 Bars” is exactly what the title says; Game raps for almost six minutes with no hook and almost no breaks. It’s only the last part where he gets at Meek (Who only gets mentioned by name twice):

She got a couple mill and she don’t even know Meek
And ever since that nigga snitched on me we just don’t speak
See that shit you got with Drake is like a slow leak
Blood’ll be dripping like Niagara if I poke Meek
Nicki won’t get no sleep, I’m coming through at 4 a.m
Four deep, to leave his dead body on the soaked sheets
It could happen lowkey
You better have Ross call me or you gon’ be eye level with a roach feet
This ain’t a diss, nigga
This is all lives matter except this nigga’s
This 1992 shit ain’t no new shit
We in that all black you won’t know who Blood and who Crip
With guns big enough to sink a fucking cruise ship
Fuck around and be a news clip with them loose lips
My nigga Drizzy packed you out and you ain’t do shit
This the Golden State and my shooters ain’t on no hoop shit
Nigga you know that I’ll snap you like a toothpick
And snitching on niggas ain’t never been no cool shit
And I’ve been wanting to give Nicki this pool stick
So tell your lil’ vibrant thing come fuck with Q-Tip
We know where you live, nigga, you better move quick
And start thinking twice about who you hop in the coupe with

So where did all this come from? According to TMZ, this weirdly has something to do with Sean Kingston getting robbed for his chain back in June at a nightclub where both Meek and Game were in attendance. The Game thinks that Meek told Sean Kingston’s people that Game or someone in his crew was involved in the robbery.

And because this is a rap beef in 2016, The Game has took to his Instagram to clown Meek: 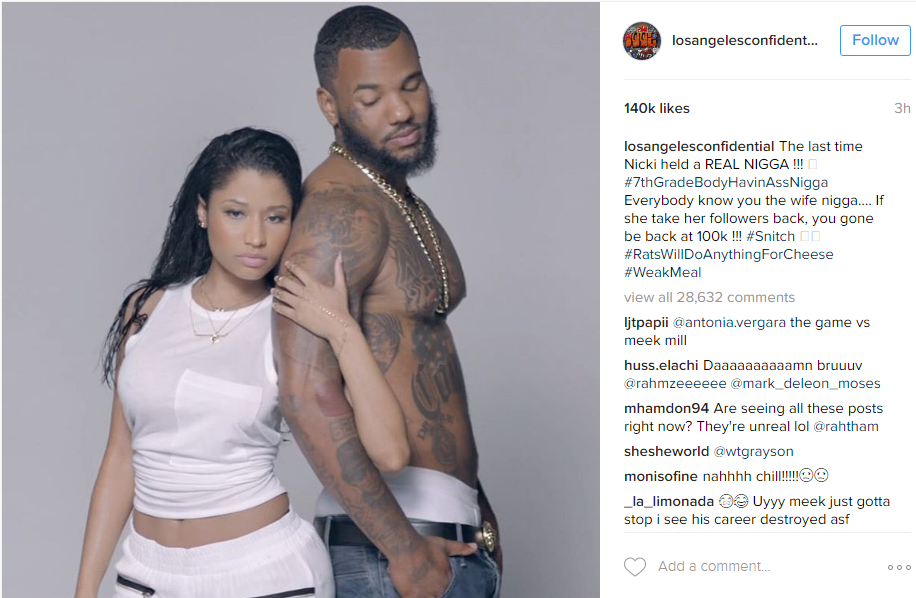 Damn. Listen below. Game’s new album 1992 is scheduled to drop on October 14th.