In what seems like my quest to find a podcast to listen to for every hour of the rest of my life, I’ve started listening to CinemaSins’ show, SinCast. On one particular episode, they talked about the genre changing uniqueness of Alien and its following sequels and spinoffs. The Purge was a new idea for horror back in 2013.The film series began as a horror franchise and has since morphed into action, adventure in Purge: Anarchy. Now with the latest installment, Purge:Election Year, they move into political thriller territory.

While I was not a fan of the original movie, mostly because of its setting, a family being attacked in their home is not original at all, I was intrigued by the premise behind the murders. The catalyst motivating the killings in The Purge series sets it apart from other motion pictures featuring killers with weapons and masks. In this world, there is one day per year, where all crime is legal. A day to purify yourself of all evil has led people to mostly kill others that have been on their minds for 364 days. It’s interesting to note that a day of immunity does not focus on any other crime besides murder. After being unimpressed with the first film and enjoying the second, which took to the streets and showed the “celebration” in the outside world, I had high hopes for the third. 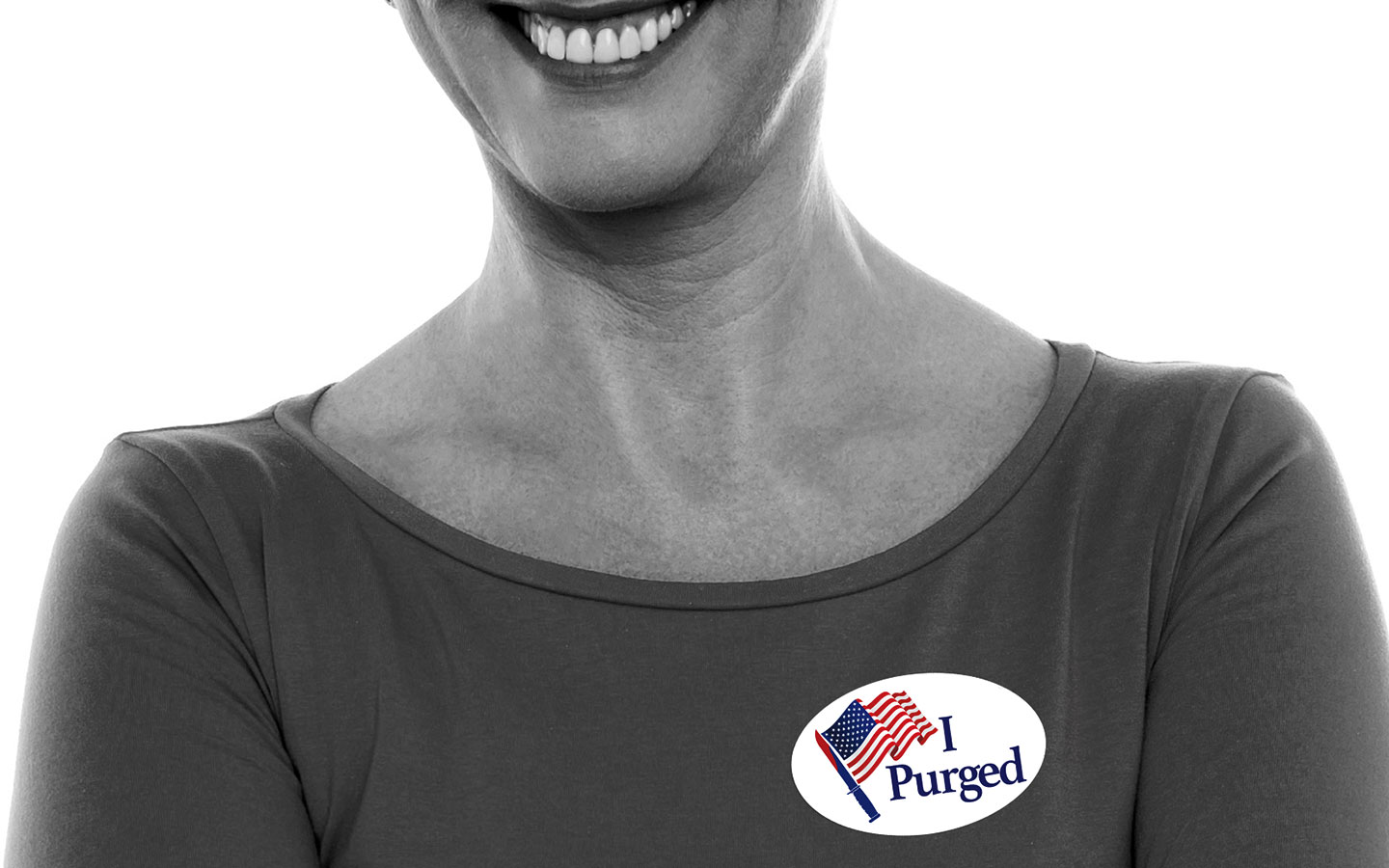 With the third film, the story becomes WAY TOO PREDICTABLE. Senator Charlie Roan, portrayed by Elizabeth Mitchell, who lost her family to The Purge years ago, is running a presidential campaign based on ending The Purge. The founding fathers of the gruesome holiday don’t like that and make it so she is not exempt from being killed. A trio of locals from a neighborhood deli in D.C. discuss whether she will won or not, they will be there to save her multiple times after her home is attacked and she is on the run with her bodyguard. Of course, the disruptive youths in the local deli hours before the national curfew starts, come back for revenge. One of the lovely young ladies, played by Brittany Mirabile, even gives us exposition about the past history of one of our main characters, setting up a scene of Letty, played by Betty Gabriel, being a badass coming in to save the day after one of my favorite parts. Mirable and three other young ladies ride around in a car adorned with Christmas lights playing Miley Cyrus’s “Party In The USA” with AK’s and shotguns. After that, the film falls downhill for me to the point where I could tell a hand to hand fight with Leo Barnes, our returning star from Anarchy played by Frank Grillo, and the Nazi leader of the attack on the Senator was going to come and be the big fight between main hero and antagonist. Unfortunately, the predictability wasn’t even the worst part of the film for me.

In the aftermath of many horrific mass shootings in the real world, the image of a poster bearing Michael Brown’s face, name and the “Hands Up, Don’t Shoot” slogan on a poster featured in the film is the last thing I thought I was going to see in James DeMonaco’s film. I thought there were other news headlines about senseless violence to borrow inspiration from besides one of the ones featuring racial injustice. Unfortunately, it was the first of many times I wondered if a Black person had a hand in this script or DeMonaco was trolling Black people.

Mykelti Williamson is the comic relief of the film, playing local deli owner/denier of crazy girl’s desire for a candy bar, Joe Dixon, but he is also the voice of many lines that took me out of the movie and placed me right back into reality. I couldn’t understand why is T.I.’s uncle from ATL constantly saying “Negro” in this 2016 film. This was DeMonaco’s way of not having the balls to just write the “N-Word” in his script. Having an underdeveloped main character is not your main problem until they themselves acknowledge they’re flawed. There is actually a stand off with our heroes and the Purge rebels, majority Black, that want to kill the Senator’s Presidential opponent, and Williamson, in their attempt to make sure the Senator and her bodyguard are safe, delivers the line “Now, I love Black people, but these our White people and I can’t let you hurt them.” WTF?!? You have your main character flat out saying we’re saving them because they’re white, not because one of them has a political campaign to end The Purge. THAT wasn’t even the worst line in the film. As we’re a few minutes from reaching the climax of the film, our protagonists are in a medical van hiding under a bridge from helicopter attacks next to a group of D.C. “Crips” fighting to death in a circle. While our heroes try to think of a plan to get to a safe area, Forrest Gump’s business partner says to everyone, “Think fast, it’s a bunch of negros coming this way and we look like a bucket of chicken.” FUCK YOU, JAMES DEMONACO! You made a predictable film and dehumanized your characters of color.

My advice is to watch The Purge:Anarchy for better action and well written characters of color. Spoiler Alert! Election Year ends with news reports of riots teasing a fourth entry in the Blumhouse Productions film series.