There’s this theory I have that can justify why I went to see a farting corpse movie and not Captain America:Civil War this year. Recently, I have stopped eating meat in an effort to lose weight. For the last month, I have not digested anything that was once alive. I’m from the land of gumbo, crawfish, and stuffed shrimp and I really haven’t missed any of it. I can vividly remember the taste and recognize the smells, but I don’t crave to eat any of it. I like superhero movies, I grew up watching all of the superhero cartoons. I haven’t been to the movie theaters to see all the superhero movies that come out like I was before, because I know how the story is going to go. I stopped going to see predictable movies to save time and money and I no longer have a craving for them.

It’s hard to be original. Every love story has to have a conflict keeping the two lovers from being together. The hero must have an opponent. We say and know for a fact that Hollywood doesn’t have original ideas anymore. Sure bets like sequels and remakes with built in audiences invade the multiplexes every weekend, while the “unique” films are reserved for the independent theaters. As weird as the premise of Swiss Army Man is, it’s honestly nothing I’ve ever seen before. B-Easy has referred to the directorial debut of the duo known as The Daniels, as an independent Weekend At Bernie’s. The corpse of Bernie Lomax wasn’t as magical as the corpse of Manny, played excellently by Daniel Radcliffe. (Yes, I know there was a voodoo spell on Bernie in the sequel that made him move to music. For all our sakes, let’s just act like Weekend At Bernie’s 2 never happened.) Radcliffe and Paul Dano, playing Hank, as the main characters work in every way with their chemistry and are the superheroes that save this film from complete madness. The development of their character’s friendship is a huge factor in why this review is not a zero star rating. As Hank teaches Manny more and more about life, he becomes more helpful in their return to the world from seclusion. I have no problems with the dialogue. The writers and directors, Dan Kwan and Daniel Scheinert, put more focus in making the corpse more animated and functional with each fart, they appear consistently throughout the film, than they did with the script being fully developed before production. 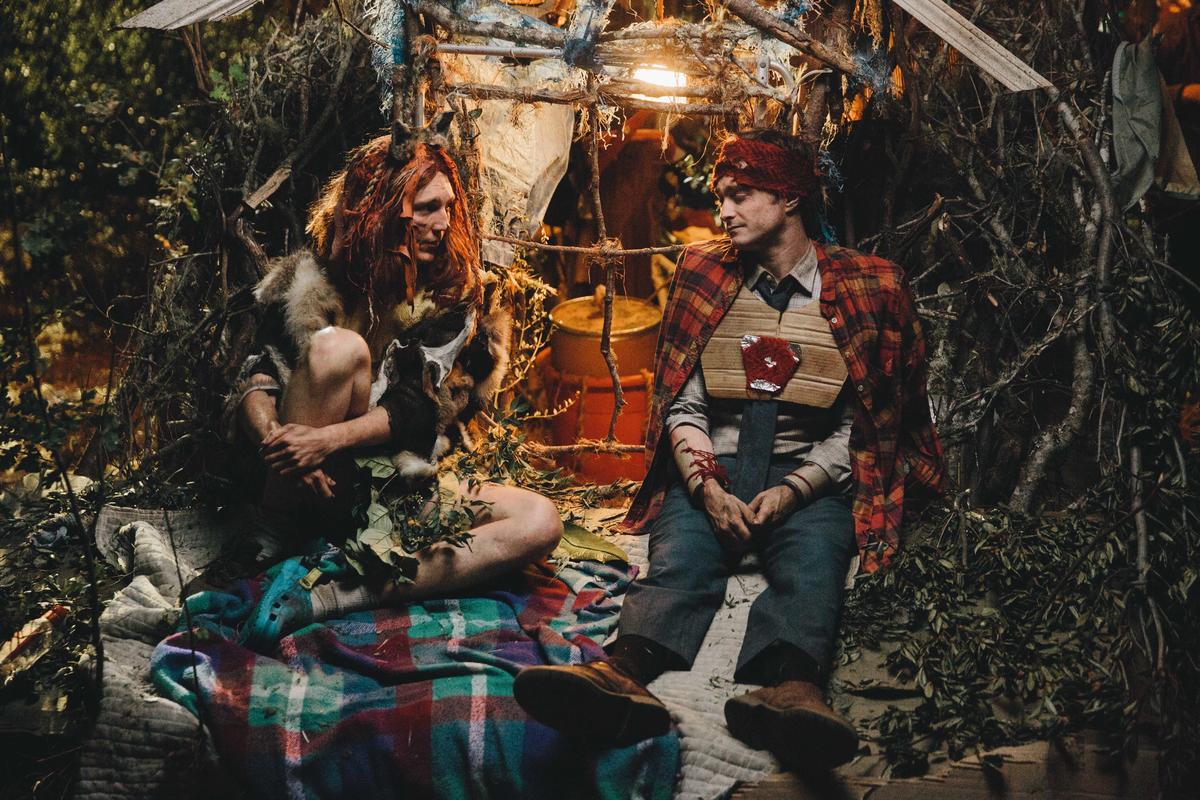 This film is mostly concept and visuals, I left the theater (which had a sizable crowd that surprised me for a Saturday night showing in the only independent theater in my hometown of Shreveport) with questions the film never answered like “How did Manny die?”, “What’s the time frame of this film?” or” How long did this adventure last in Hank’s mind?”, “Why is there a scene of them kissing underwater? What was the significance?” and “How did Hank get stranded on an island or was he ever?”. As I leave behind big budget films with characters that will never die because they need them for the sequels, I’m more than eager to leave independent films that allure entertainment starved audiences with a talented cast and intriguing plot, but only serves a non-fulfilling film.

(1 Star for the cast, Dano and Radcliffe are amazing actors. I wish Mary Elizabeth Winstead did more in the film besides be the object of affection. Half a star for visuals, the effects and cinematography are well done. Half a star for semi-making a film about a farting corpse work. I still don’t recommend this film for everybody.)