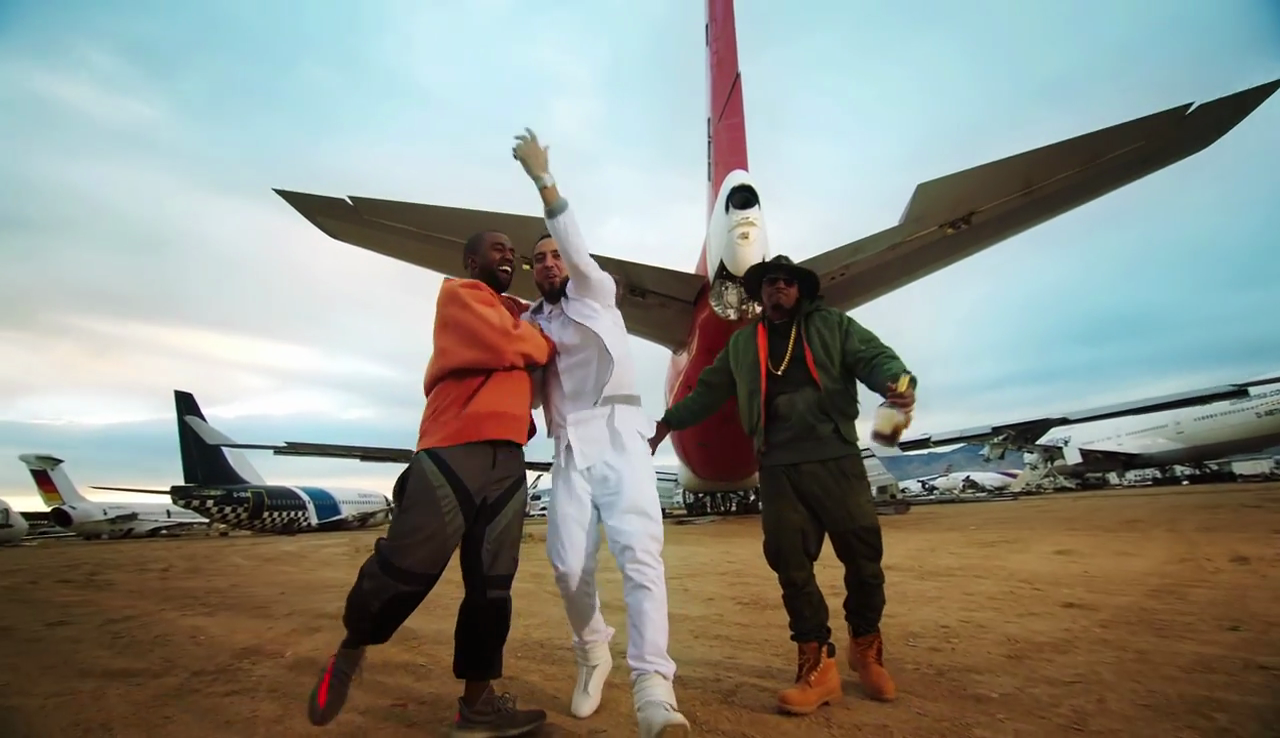 On the same day that French Montana announces that he has signed a deal with Bad Boy & Epic Records, he drops the music video for the Kanye West & Nas featured “Figure It Out”. While I was underwhelmed by the actual song, I kinda fuck with the video. I don’t know why Kanye, Nas, & French are hanging out in a airplane graveyard to watch people do tricks on motocross bikes, but it makes for some good visuals. Yeezy seems to be having fun.