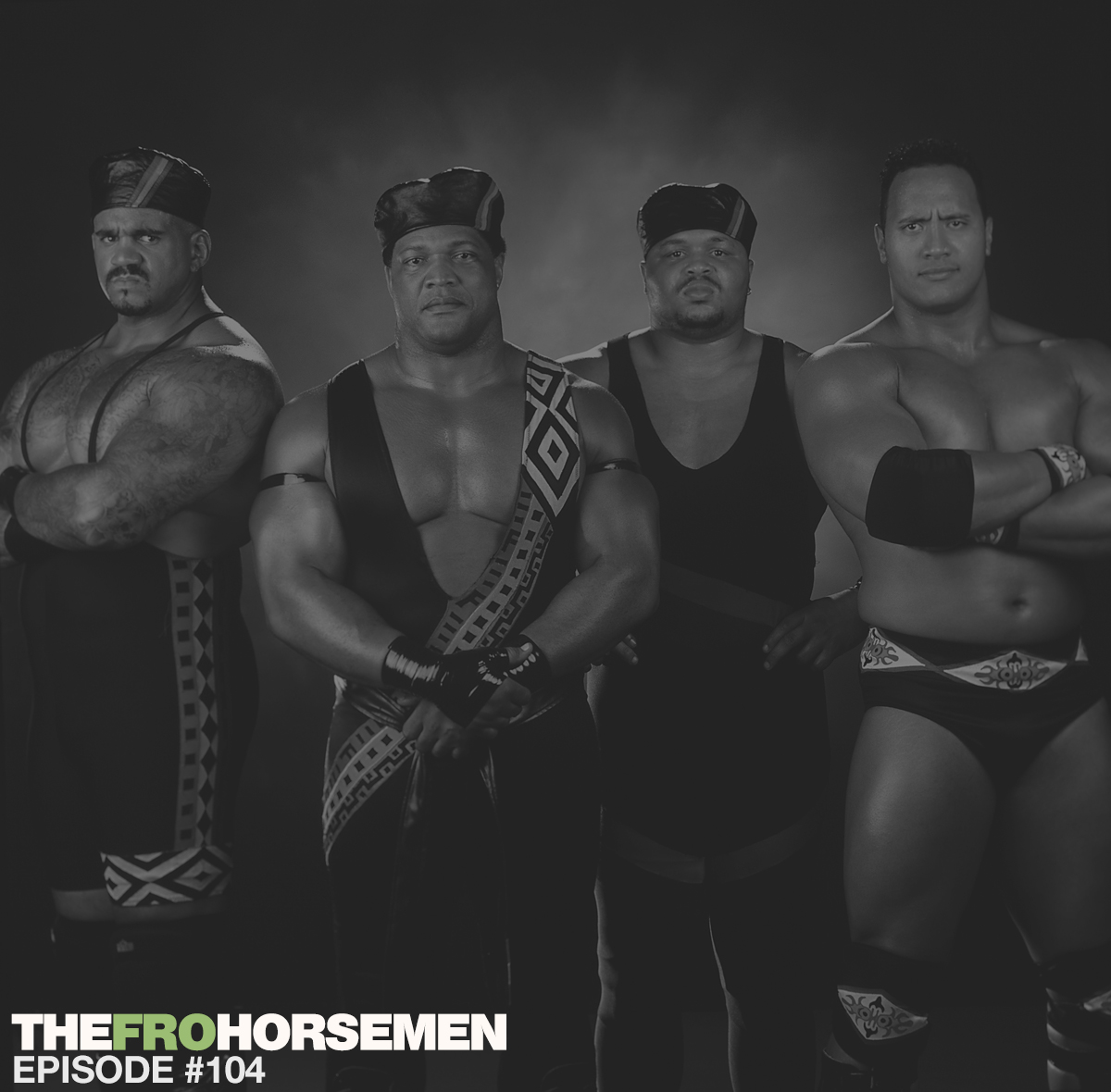 The reports of the demise of The FRO Horsemen Wrestling Podcast have been extremely exaggerated. We’re back.

Okay. Not exactly. We’re still working that out. But while we are, enjoy this episode. GQ-Blu & B-Easy evoke “The Freebird Rule” and defend the titles this week (Shout out to Saule Wright!). Such topics covered on this episode include:

Be sure to go and subscribe to the show on iTunes and rate us.

Go to the nappyafro Store and buy some shit. There are TWO FRO Horsemen themed shirts!