The Problem of Roman Reigns

Extreme Rules 2015. Allstate Arena in Rosemont. WWE was coming out of Wrestlemania 31, and the brilliance of a finish that managed to do two crucial things. Make an unstoppable character lose for the first time in almost two years, and not let Roman Reigns walk out of Santa Clara as the WWE World Heavyweight Champion. The first PPV since WWE fully acknowledged the problem they had with Reigns and it was time to see how they dealt with it. Their solution was to have Big Show lose in a wonderfully Cena like finish. It might have been the first time that WWE started editing PPVs after airing, to make the crowds seem more favorable to Reigns.

Because the boos in person were tremendous.

For the second year in a row, Roman Reigns is in the main event at Wrestlemania, against competitors whose wrestling pedigree far outstrips his own, pun intended. He’s working as a face against a crowd that boos him. For the second time now, Roman is drowning in a wave of backlash. But it’s almost certain he’s going to win, as making him the poster boy is the goal. 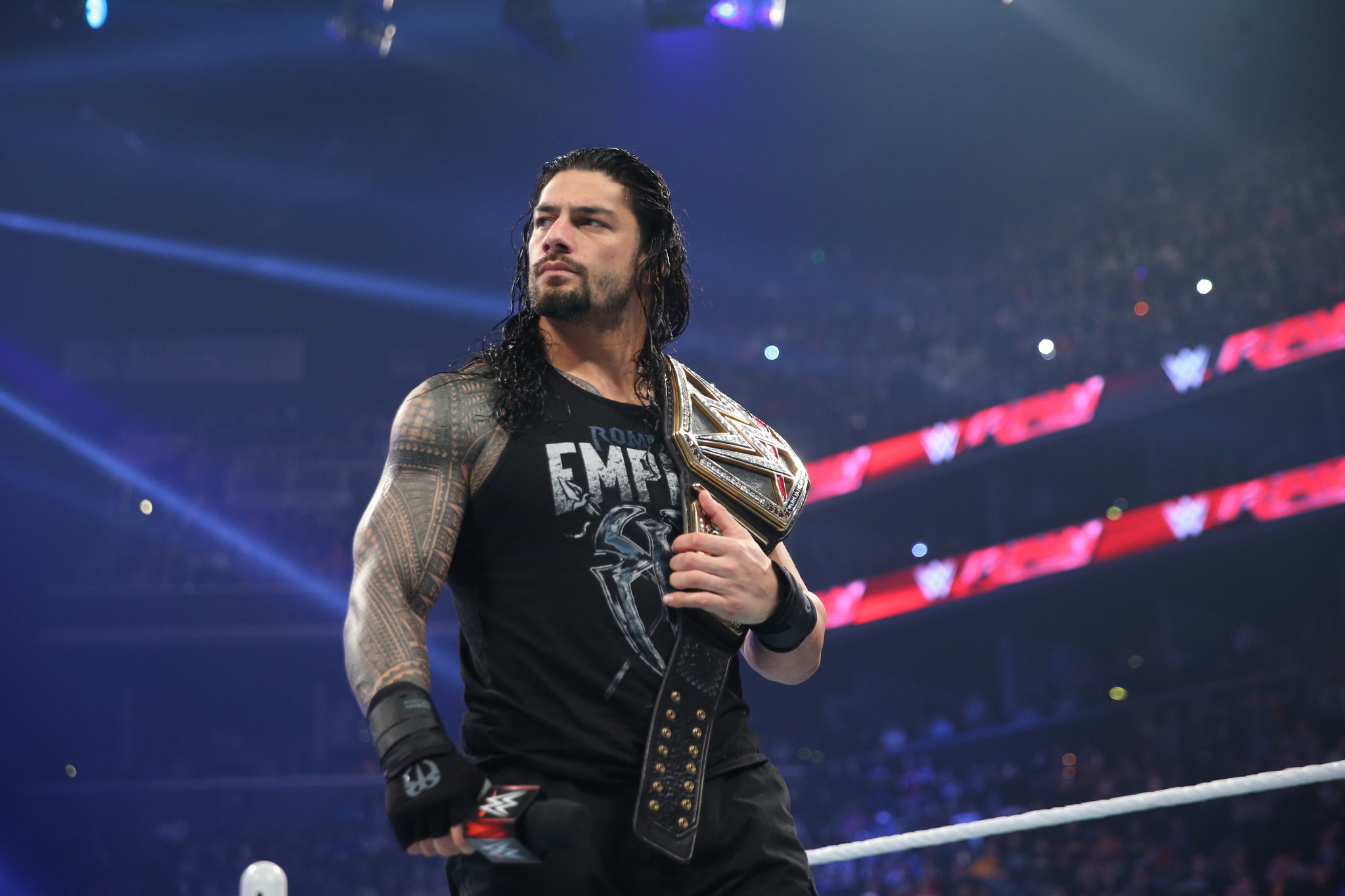 Consider that Reigns has never lost a WWE WHC title match without either a gimmick (Royal Rumble, Fatal-4-Way at Payback 2015) or run in (TLC 2015). He’s also never lost his title in a one on one match (Sheamus cash in, Royal Rumble).

He currently possesses a 63%-win percentage over less than 4 years. CM Punk had a 61%-win percentage over less than 8 years. When you remember that most of his losses are tag matches or gimmick losses, his one on one win percentage spikes. The fact is that the hardcore viewer knows Reigns is going to win. Anyone who is betting on Triple H retaining at Wrestlemania in a few weeks is deluding themselves. There is no MiTB briefcase waiting in the wings to save Creative this time. WWE is stuck and committed to their new posterboy.

But Vince doesn’t care. Because he has no reason to care. Casual fans somewhat like him. The person who tunes in maybe once or twice between PPVs couldn’t care less that Reigns stumbles on the mic, gets gassed in the ring, and can’t carry a match without help. They see a badass looking guy who uses familiar moves that he never deviates from, and who wins over and over again. There’s nothing wrong with being predictable.

Except when it’s predictably bad.

I remember when John Cena lost his appeal to me. It was Summerslam 2010 and he had just won the Nexus match. After getting DDT’d into concrete. He reached under the ring, found a bottle of the same special stuff that Michael Jordan gave to the Looney Tunes in Space Jam, and bah gawd, he won that match.

There’s something to be said for things feeling organic. John Cena beating people left and right does not seem organic, not after a while. Even when John gets taken out, it doesn’t seem like it’s going to stick. It makes it that much better when it actually does.

People have complained that Reigns is the new Cena. It’s very true. After all, Vince is looking for a guy whose shoulders can carry the company. But he’s made a poor choice. John at least understood, back in the day, that sometimes you just have to say no to certain creative choices. Triple H, back in the day, understood the same thing. CM Punk definitely understood it. Roman doesn’t seem to. There’s multiple situations where his words leaves viewers baffled.

Who cares if you go off script? Is Vince really going to end your push? He’s all in, cards on the table, face up. Roman has all the power, except he doesn’t realize it. Who’s going to be the guy on the poster for the next few years? Dean? Seth? Not really. WWE doesn’t have faith in them

Reigns needs to start losing. I’m not saying he needs to join the Social Outcasts. I’m saying that needs to come back down to earth. The only time that Reigns was believable was after TLC 2015 and when he won the belt from Sheamus after knocking out Vince. Go back to that. It’s fine to stack the odds against him. From time to time though, it’s okay for the odds to overcome him. Not once in a blue moon, like the Royal Rumble or TLC. Let Triple H goad him into turning their singles match into a no holds barred match or falls count anywhere. Use the stipulation to the advantage of the Authority. 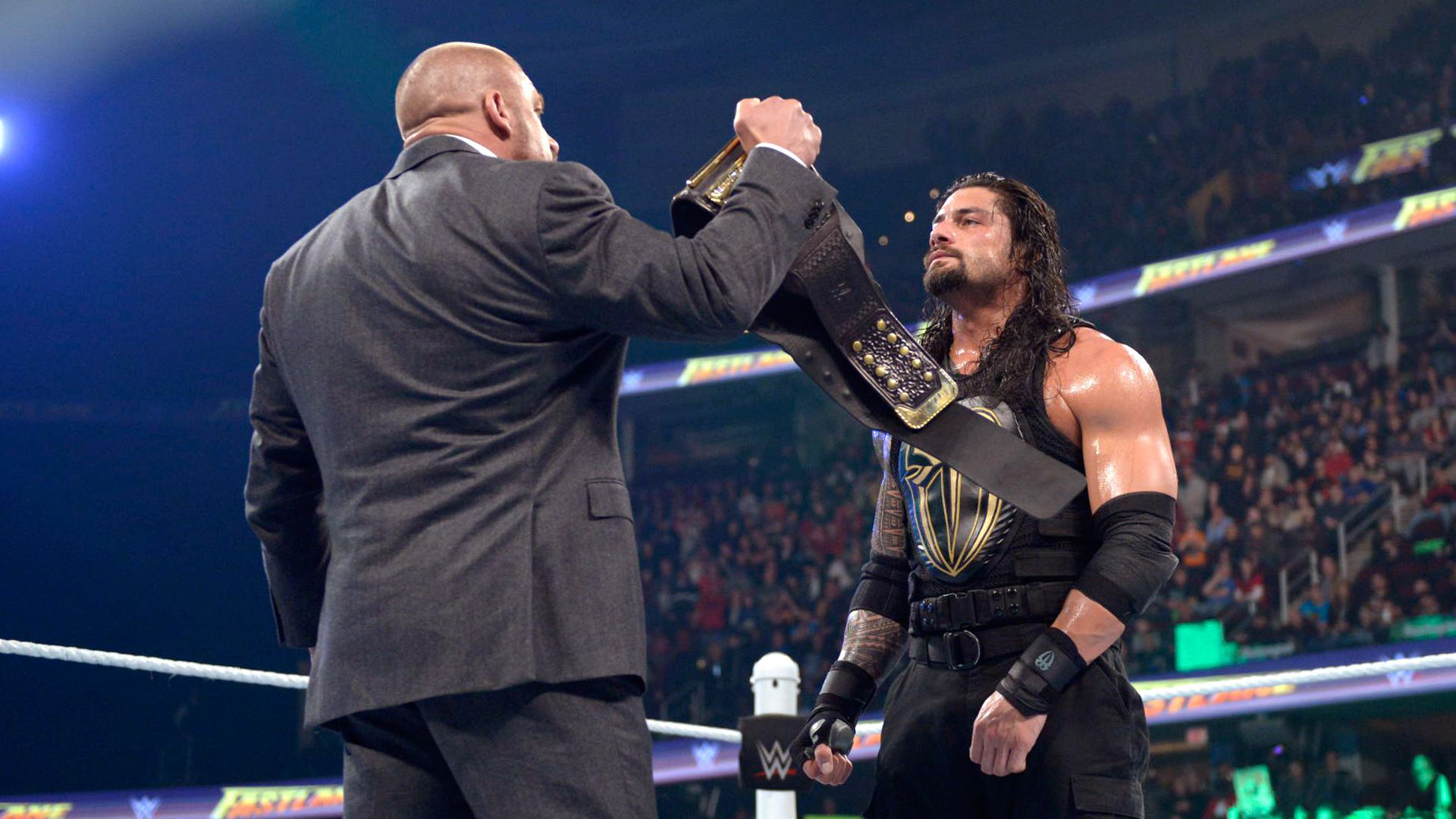 There’s actually nothing wrong with Triple H holding the title belt until Summerslam when he loses it to a returning Seth Rollins, who, as a face, has returned to reclaim what he never lost from the man who cast him to the side and left him to dry.

Viewers may like the badass, but they want a badass they can identify with. The Authority didn’t want Reigns in the 2014 MiTB Match for the vacant title. He finagled his way in through Vickie. Then, after losing the match, the next night, the Authority puts him into the Fatal-4-Way for the belt at Battleground. There’s no explanation for that. Who can identify with that? It’s literally a case of someone being given title shot after title shot. He put no work in to get that.

However, if Reigns starts to lose, and starts to become more human, then the viewer, both casual and hardcore, identifies with him more and more. They begin to feel for him. The highest point when the audience identified with Reigns was during the short period of time that he finally won the belt, got it stolen from him, and was fighting to get it back. Because he kept getting denied. Everyone identifies with that. We’ve all had times in our lives when we’ve achieved our goals only to find more adversity around the corner, forcing us to dig deep to try to overcome the odds.

Roman Reigns has the talent, don’t get me wrong. But the talent isn’t being developed properly and thus, his weaknesses are being consistently exposed. He’s asked to talk for long periods when after almost 4 years on the main roster, he still seems lost.

John Morrison recently said that he was eager to wrestle Seth, but would rather wrestle Reigns in 10 years, when Reigns had finally learned how to wrestle. Rikishi, coming to his cousin’s defense, stated that Reigns has “accomplished” more in 4 years than Morrison did in his WWE run. But Rikishi should know better. There’s a difference between accomplishments on paper and true accomplishments. Reigns may have 2 world title reigns. Ultimate Warrior only had 1 reign. Eddie Guerrero only had 1 reign. Neither man won the Royal Rumble. Neither man won a Slammy award (Whatever value that has).

Is anyone going to put Reigns’ accomplishments over Eddie’s career or Warriors’ career?

Vince has bet the house on Roman Reigns. I guess if they don’t give Roman the right tools and support WWE only has themselves to blame, even more disastrous considering he’s the selling point of the WWE Performance Center, where they want to generate homegrown stars instead of having to sign big Indy names and breaking them out of “bad habits”.

Sufferin’ succotash, wouldn’t that be a shame?