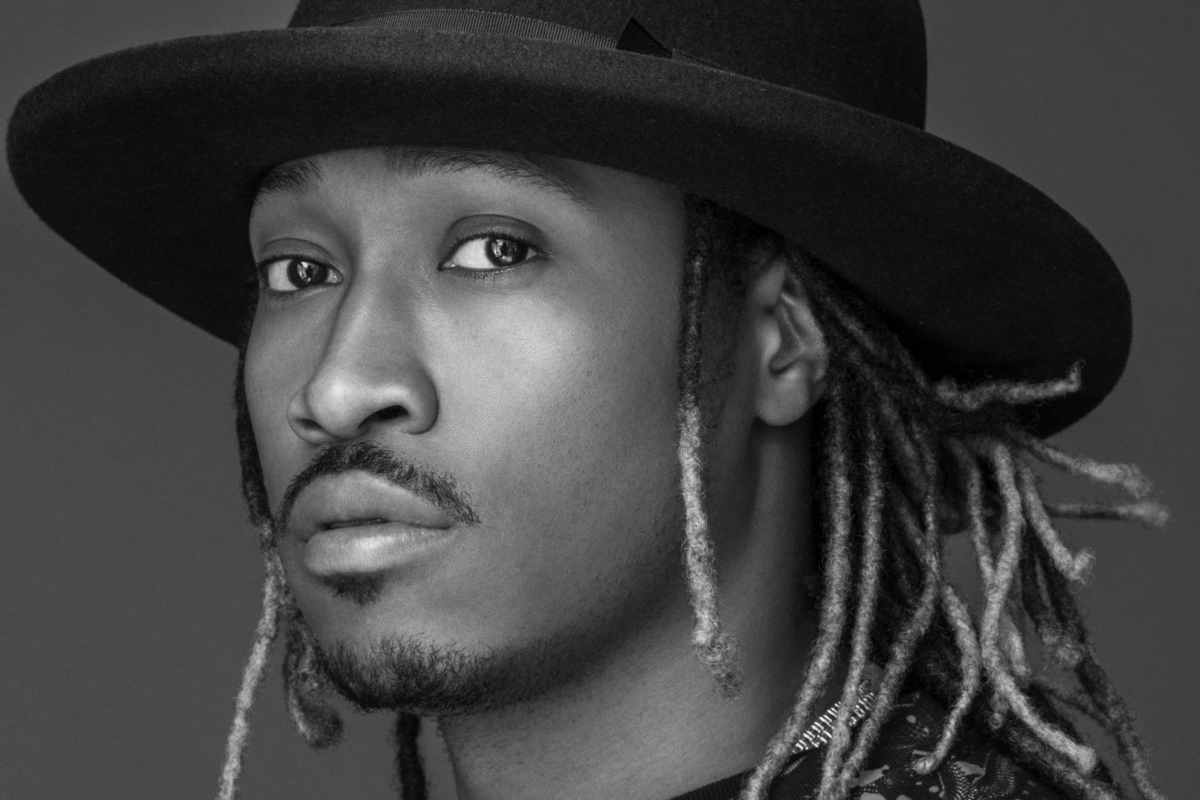 Despite the many flashes of ignorant brilliance that have come and gone in his career, I for one, do not understand how Future got this fucking popular in such a short time. We have seen him go from average trap rapper, to T-Pain doppelganger in the making, to wannabe pop/R&B superstar, to falling flat on his face, only to rise like a codeine-induced phoenix from the ashes of flopped albums. It took three mixtapes, a messy as fuck breakup with Ciara, two albums (if it is for sale, it is an album, not a mixtape, fuck you Aubrey!) and a lean fix and in 12 months, Future just may have been the best rapper to come out of 2015 (If you buy into the Complex propaganda). Seventeen days into the new year and Future Vandross releases his first output in what is expected to be a flurry of new music to come from the ATLien in months to come. Let’s see how Purple Reign measures up, shall we?

1. Purple Reign Intro
Why bother? It’s just “Where Ya At” playing in a car.

2. All Right
Produced by Metro Boomin’ & Moon
You should already know by now, that what you see is what you get with Future. Percocets, drank, Xanax, bitches, blah, blah, blah. The star of the first track is Metro Boomin’. The production while minimal is very bass heavy. I can imagine this going off and kids doing the Esco dance or whatever this generation of Hip-Hop heads are doing. I fucks with this in the right setting.

3. Wicked
Produced by Southside & Metro Boomin’
Like I said….Future’s recent lyrical content are as follows…doing drugs, fucking bitches, Ciara…on to the next. Once again, the star of the show is Metro Boomin’ (with help from Southside). The beat is more uptempo, the synths hit hard giving it a real dark and gothic edge. The hook, while yes, slurred as hell, is infact catchy. It is a favorite of mine.

4. Never Forget
Produced by Jon Boii
Once again, very ethereal, moody production. Jon Boii delivers your typical trap production with electric guitar samples underlying the drums. Future Hendrix gets a little personal this time, with the regrets he has from missing his aunt’s funeral to selling drugs to his family members. Yet all the while, he recognizes failure and he keeps it moving. Finally a break from the Auto-Tune… just a tad. It is a good song.

We used to take a trip once a month and go visit
My Grandma and my Granddad, yeah, they all suspicious
Just say no to drugs, hell nah I ain’t listen
And loyalty is everything, don’t ever forget it
I keep my gun everywhere I go, I never forget it
“And why your Sprite so pink?” I got Promethazine in it
“Why you drive your car nervous?” I got dope all in it
I custom made a cross from the money I made
I threw nickel bands of crack, I should’ve been in 12th grade
I ain’t make my auntie’s funeral, I ain’t never forget it
I know she know I love her and I hope she forgive me.

5. Drippin’ (How U Luv That)
Produced by Metro Boomin
That didn’t last long.

I had imagined in my mind what I wanted to say about this song before even writing this review. The struggle falsetto is real on this shit. Like just imagine Future Vandross singing his ass off in a sold-out arena, in front of his #FutureHive. Promethazine breath in the air, fist pounding his chest as if he is Bobby Brown in his prime going, “IMDRIPPINONEMBAYAHOWULUHHDAT!”

I am off on a tangent here….but yeah….I wanna hate this song…but I don’t…it is just great comic relief is that chorus. Rest of the song is forgettable…typical Future. Whatever.

6. Inside the Mattress
Produced by Nard & B
Much like what “Commas” was with Monster, if ever there was a chance for there to be a radio hit from this mixtape, it would be this song. The hook is infectious, the production and “Future-flow” keeps everything at pace but ENOUGH IS ENOUGH WITH THE CIARA SHIT!!! I’m referring to the second verse by the way. Like I said, I like the song…however at this point, I need some variety in the lyrics. Can I get it? Hopefully.

7. Hatin’ Shit
Produced by Metro Boomin’
You know….you think this was being played in the Panthers’ locker room after their win over the Seahawks? Anyways, what “March Madness” and “Trap Niggas” were to 2015, “Hatin’ Shit” will….no…IS in the year 2016. Metro Boomin’ saves the day again, where a lyrically monotonous Future can’t even mess up how much of a banger this will be in whips and clubs for the first quarter of the year. I dig this.

8. Salute
Produced by DJ Spinz & K Major
This song sees Future reuniting with DJ Spinz (“Racks”) where at first, the song is what you expect… especially at this point in the mixtape. And then I hear this one line on my third listen to this tape that I feel is going to stand out long after I am spent listening to this.

This is a passable song. The Travi$ Scott-esque outro brings it up a point more.

9. Bye Bye
Produced by Zaytoven
Zaytoven does his thing on the beat. Good amount of bass, rattling snares, but the “lie, lie, die, die, bye, bye, why, why” flow Future incorporates in this song leaves me like this….*sigh, sigh*…..get it?

10. No Charge
Produced by Southside
I think this song gets away with its club-ready/whip-ready appeal, but really with having gone through ten tracks of this already, I can live without it. Pretty much.

11. Run Up
Produced by DJ Spinz
Nothing is special about this song. Not really. However, I found the piano line under the synths to be pretty cool. Skip, I guess.

12. Perkys Calling
Produced by Southside
And this is when the big come down begins. Future begins recollecting on how his “drug addiction” has overcome his better judgment. Much like on “Never Forget”, regret is the central theme, from the methods taken in acquiring his riches to what fame has done to his psyche over time. It is definitely a breath of fresh air from all the turn up vibe that has taken up most of this mixtape. I will let this one slide.

13. Purple Reign
Produced by Metro Boomin’
This is the song where if you have been listening to this tape for as long and as much as I have, you would have to have realized by now, we have lost Future to the lean forever, so much as if it is his girlfriend. This is a satisfactory way of closing the mixtape out, the more somber vibe of this song in addition to “Perkys Calling” were definitely much needed.

Depending on the type of rap/Hip-Hop fan you are, the Future mixtape/album experience, can either be a mecca of downright ignorant bliss or a long-winded gasp for water and air. You’re either winded from turning up so much or feeling so turned down that your brain is on autopilot for ten-plus songs.

I got exactly what I expected from a Future mixtape in 2016. Promethazine, Xanax, Percocets, bitches and bitches named Ciara. At this point in the game, you can only take it for what it is and in this case, there are songs I will enjoy on an individual basis, but to get through this entire tape will mean I too have to be high. I have no qualms about that, just there is only so much of the same thing that I can handle and withstand before dumb fun….just becomes dumb. One thing is for sure….