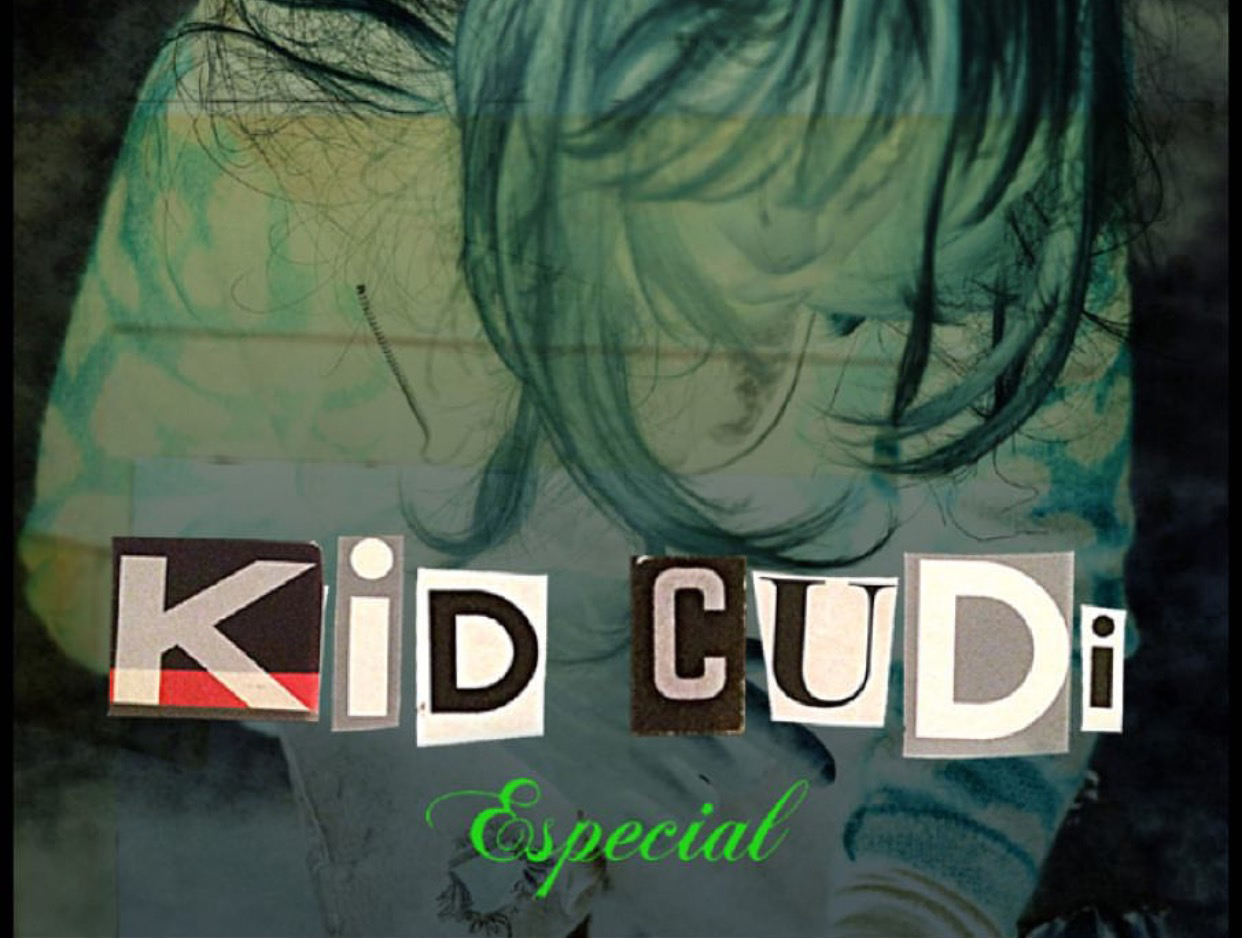 It takes about 15 minutes by car, 20 minutes by light rail, and another 15 or so to get to the Fillmore Auditorium, but my girlfriend and I arrived around 6:30pm, 30 minutes before the doors were scheduled to open. My LG G4 said 25 degrees fahrenheit, but it felt at least 10 degrees colder with the frequently blistering winds and invisibly slick sidewalks. I’m praying Cudi shows up on time, but in my head, realistically, I’m giving him a one hour window.

The line starts to move for VIP seating; when it stops a narrow ramp leading to a parking lot divides it in two, where an attendant tries to shepherd the unresponsive half in front of us out the way of oncoming cars between sips of coffee. Another attendant sees and walks towards this half of the line.

There’s a little back and forth between a young woman in line and the parking attendant, and for a little while I don’t feel the cold; I just pay attention to the argument, to the crowd, to the parking attendant’s eventual surrender and the mutterings by both sides after the incident ends. The line begins to move again, and we enter the auditorium before 7:30pm.

By the time it’s 9:00pm, the crowd is beginning to get antsy inside the large auditorium. The show’s sold out and packed from stage to door. There is no opening act but a simple DJ set to tide everyone over. Clouds rise from the crowd at different points during the almost two hour wait; flashlights flicker over the suspected offenders until they get the message. A few unified boos are heard. My girlfriend complains about having to work in the morning and starts to regret coming. But finally, around twenty minutes later, the lights go down and Cudi’s outline is seen as a shadow cast against the curtains, which then go up to unveil the star of the show and his backing band. 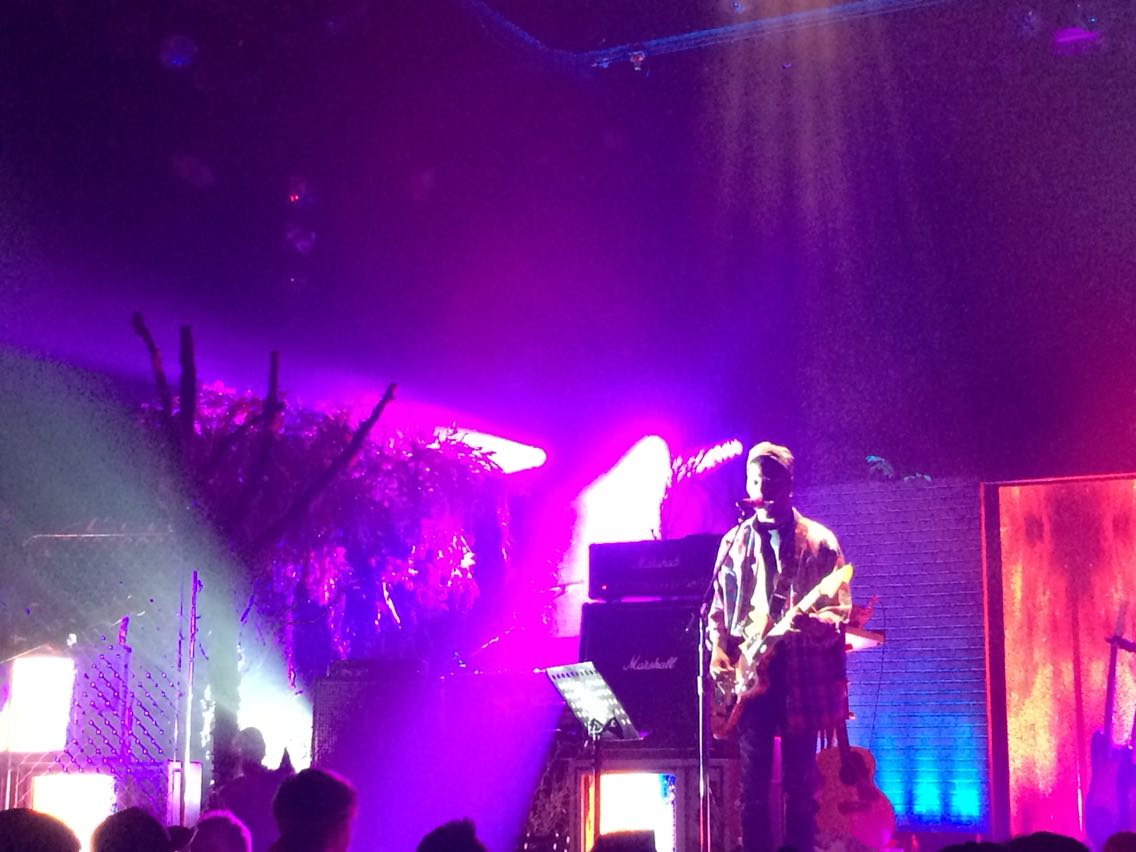 This was my first Kid Cudi concert, so seeing him on stage with a guitar was an exciting moment to me, as it seemed to be a confirmation that this would be a show of primarily new material. He began strumming confidently, singing “welcome to the show-show!” on top of some heavy chords. His guitar work was spotty: he would sometimes miss a note here or forget to strum there, and frequently tweaked around with the sound between songs. “Post-Mortem Boredom”, “Confused”, “Seance Chaos”, and “Judgemental Cunt” were the songs he lead off with.

Someone next to me was loudly critical about the new sound, saying he didn’t even practice before the tour. I, however, actually enjoyed this element of the performance; it felt very authentic, very organic, especially with the superb drumming in the back. Although a good section of the front row were visibly rocking out to the new material, a much larger section of the crowd seemed bewildered by it. You got the sense that, after so long out in the cold, this wasn’t what everyone had in mind.

After just the first four songs, Cudi finally addressed the crowd with a simple “hi”, before announcing that they would be taking a short intermission. This was perhaps the most confusing part of the show for me; it lasted about 10 minutes, during with “In My Dreams 2015” and “Copernicus Landing” played. Then Cudi came back out to “Soundtrack 2 My Life”, which immediately got the crowd turned all the way up, singing every word. 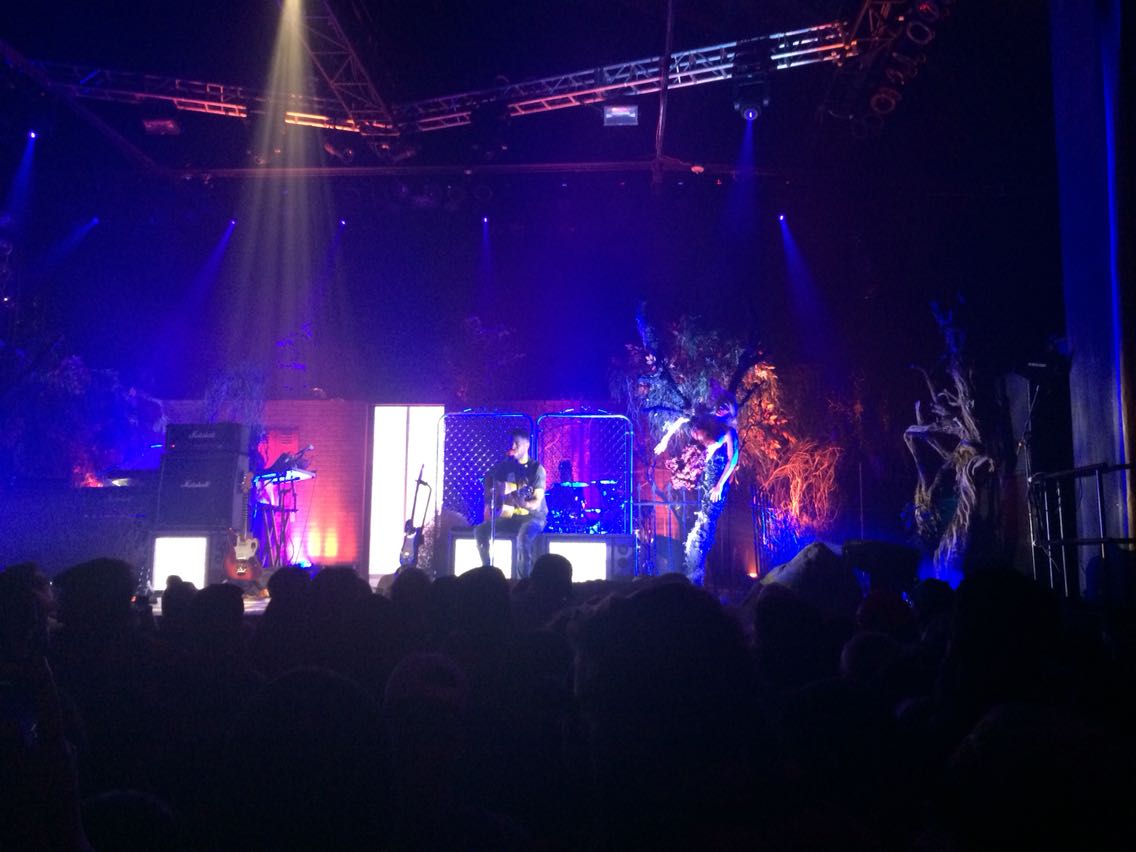 Seeing Kid Cudi in concert really gives one a sense of how much range exists within his back catalog: he can do inspirational uplift (“Soundtrack 2 My Life”, “Revofev”), deliver emotional ballads (“Immortal”, “Marijuana”), and dip into psychedelic jams (“Going To The Ceremony”, “Mojo So Dope”). He played the most material during this section from MOTM 1 & 2, to the crowd’s collective relief, but he couldn’t resist pulling out the guitar a little bit after the middle of it to perform an achingly tender rendition of “Wedding Tux”. No matter what the song or what the performance, Kid Cudi proved himself to be the consummate showman.

The highlight of the concert was undoubtedly the tail end, which unveiled what was dubbed by Cudi as a “mega-mix”: “Memories”, “Day-n-Nite”, and “Cudi Zone” mashed together in one, a mix that had the crowd jumping. And he still wasn’t done: “Pursuit of Happiness” was given it’s obligatory performance, followed by the title track of the new LP, Speedin’ Bullet to Heaven.

“Not a bad way to start a tour, huh?” It was a very hard assessment to argue with. After announcing the release date for his album, Cudi left the track playing as he danced off stage, leaving wishes for an encore unfulfilled. Two days later, he would announce the cancellation of the entire tour on Twitter.

As I walked back to the light rail with my girlfriend, I kept thinking about that weird 10 minute intermission between the material on the new album and the mostly old material that was played the during the show. Eventually I came to this conclusion: Cudi was able to pick up that the new songs weren’t captivating the crowd like they were meant to, and so decided to tweak the performance to give the fans what they really wanted.

This explains the “production issues” he mentioned: he maybe wants to fine tune the sound of the material in a live setting before continuing to take them on tour. “I think you guys should listen to album in your headphones,” he said as the title track closed out the show. “Smoking weed with your friends, chilling out.” In retrospect, this was a clear sign he wasn’t fully satisfied with the way the new material sounded on stage. 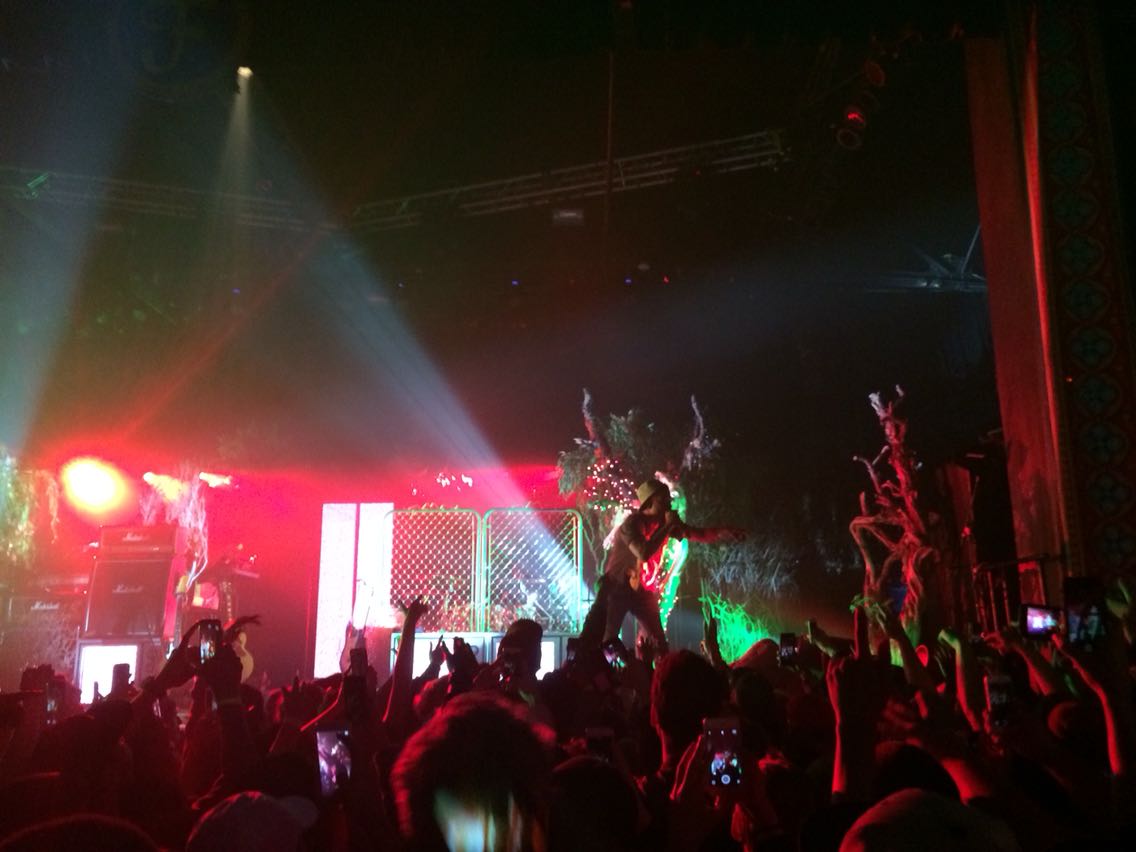 Having heard the album since the tour, I’m unsure whether it was the left-field quality of the material, the actual performance of said material, or both that kept it from reaching both Cudi’s and the crowd’s full standards. An interesting comparison to the new music that I’ve seen a lot connects SBTH’s brand of rock with that of Kurt Cobain and Nirvana, a comparison Cudi himself openly makes light of and even references on “Man In The Night”. But within this comparison perhaps lies a particularly common critique: haven’t we heard these songs elsewhere, much earlier (and, also, that much better)?

Since this is probably the closest we’ll get to actually reviewing the album outright (it’s not exactly Hip-Hop, after all), I’ll say here that, as a whole, I enjoy it more than Cudi’s last two (Indicud and Satellite Flight). This album, unlike those, feels like a worthy standalone rather than an interlude to hold over fans before MOTM3: it’s more consistent, more energetic, and more organic than Cudi has sounded since MOTM2–maybe ever. My personal favorites are “Adventures”, “Handle With Care”, “Fairy Tale Remains”, “Insides Out”, and “Speedin’ Bullet To Heaven”. But that’s just my opinion.

As I looked to Cudder’s Twitter page to see when exactly he cancelled the tour, I saw a page inundated with fans–including, notably, Travi$ Scott and A$AP Rocky–falling in love with SBTH’s direction, proclaiming that punk rock lives on through its creator. Whether you love or hate SBTH, its game-changing shift signifies an album that demands to be heard, if only so an opinion can be formed on its fervent refusal to compromise. But regardless of how you feel, it’s undeniable that Cudi has crafted something truly especial.