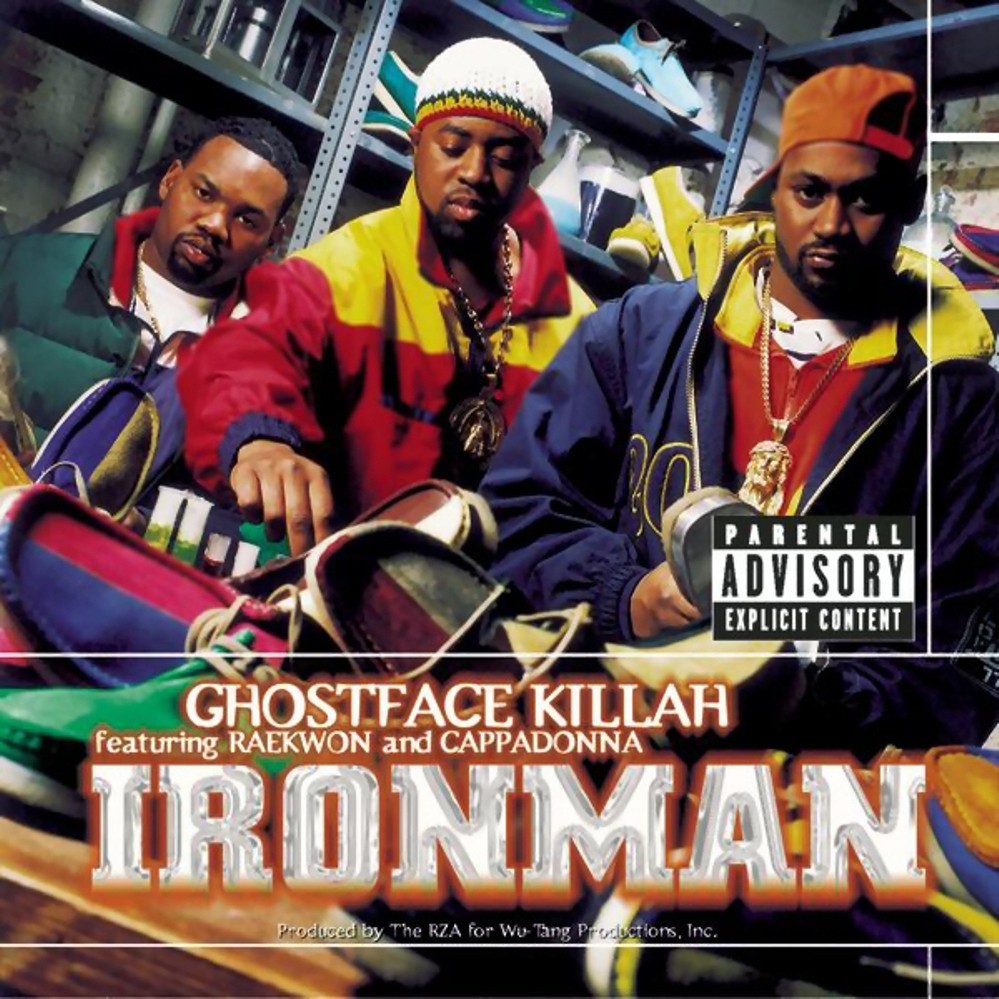 As it’ll be twenty years since Ghostface‘s only platinum solo outing next year, it’s possible I’m writing this too early. But since “The Faster Blade” keeps turning up on every playlist I make these days, it’s also impossible for me to wait. Ironman represents the culmination of the sheer inventive talent of Wu-Tang, right on the eve of ’97’s Forever.

Ghostface’s debut is the first release to follow the notorious floods that destroyed RZA’s recording studio in the mid-90s, where much of the first wave of Wu material was born. RZA elaborates on this in his book, The Tao of Wu, in which he mentions having had eight different compressors for each member of the clan; these were lost after the flood, and so Ghostface sounds noticeably different on this record as a result.

Listening to Ironman now, it’s hard not to see it as the bridge between the Wu’s minimal first generation of and their soulful, expressive second: “Camay” and “Assasination Day” are production highlights, doing so much with so little; Cappadonna gives “Winter Warz” its triumphant send-off (“the truth in the verse is the pro-black teachin’!”); “Motherless Child”, “Black Jesus”, and “After The Smoke Is Clear” form a soul-chilling trilogy of cinematic proportions.

“The Faster Blade” deserves to be mentioned again, for it is one of Raekwon’s purest performances on record: simple loop, no hook, straight lyrics for under three minutes. But even with his 12 other performances on this record, you never forget that it’s a Ghostface album, as he sets himself apart in the sincerity behind his menacing presence. Whether he’s threatening to storm the Source Awards with “200 niggas with swords!” (“Poisonous Darts”) or reminiscing on how Jon-Jon used to pee the bed (“All That I Got Is You”), you always feel he really means it.

“The Soul Controller” is perhaps the most intriguing final track I’ve ever heard on a Hip-Hop album; you can’t even find it on any pressings of the album after 2001. It’s an extremely stark affair: an interpolation of “A Change Is Gonna Come” on top of an uncleared sample of the Brandenburg Concerto. Ghost is alone here, repeating the phrase “clear my hear, stay sober: the soul controller”. It feels like an affirmation of control, hope, and responsibility all rolled in one. And then, just like that, he’s gone.