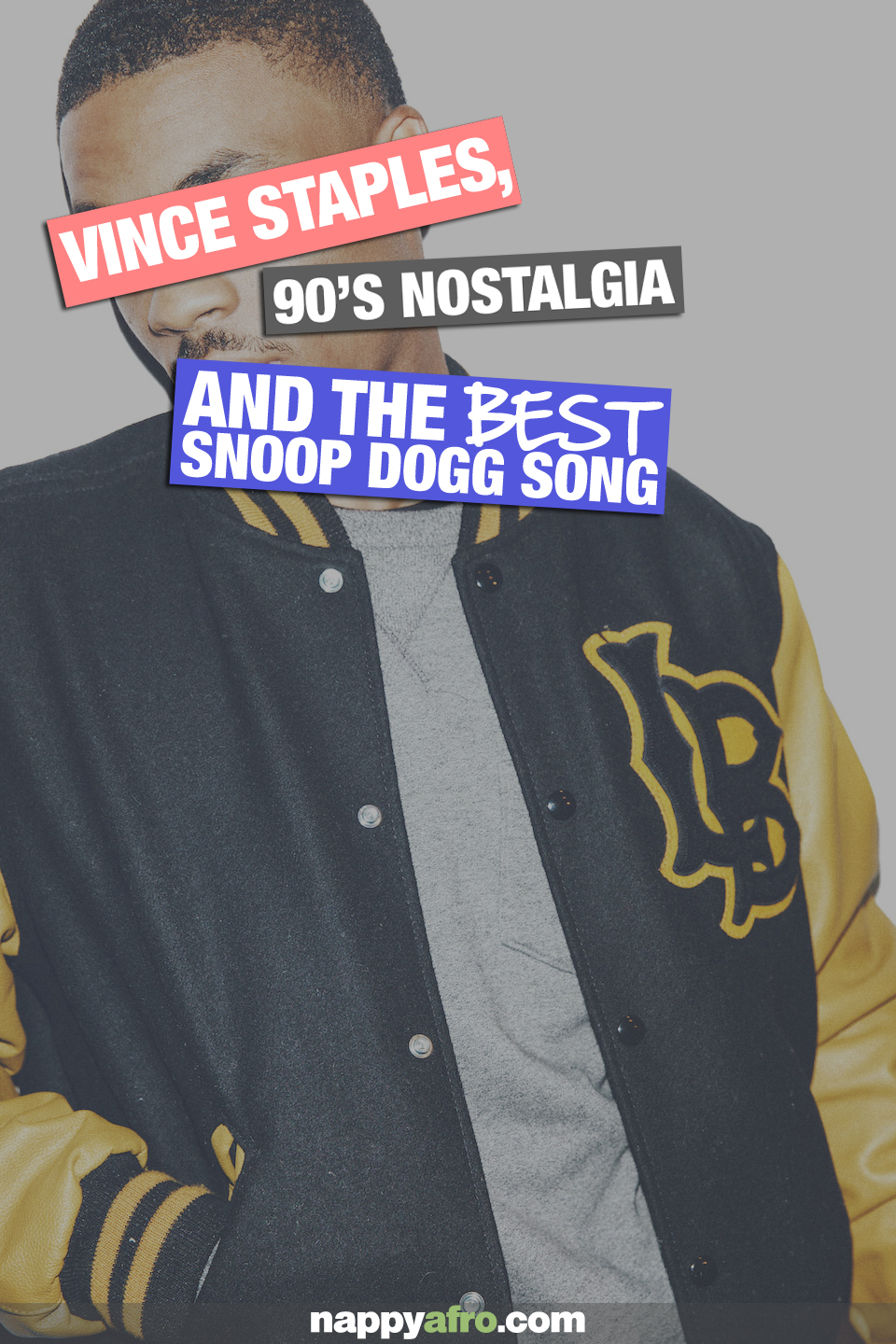 Okay so I have a Hip-Hop confession to make: The first time I ever heard the God MC Rakim was 15 years after his, and Eric B’s, classic Paid In Full album came out. Granted I was minus 2 when that album was released and it changed the way rappers put pen to pad but it’s still a little funny that a 13-year-old Hip-Hop lover discovered an MC as important as Rakim through the 8 Mile soundtrack (the song was “R.A.K.I.M.” for those playing at home).

This was back in 2002 in Australia so the only rap we were hearing pre-Spotify was either Eminem or Nelly or maybe a Jay-Z song if you were lucky but more than likely it had a Beyoncé feature attached it or vice versa.

2015 XXL Freshman Vince Staples has come under fire these past few weeks for comments he made about the influence 90’s Hip-Hop had on him (or lack there of) in the 21st century. In an interview with TIME Magazine, the 22-year old rapper questioned whether or not the 1990’s could be defined as the coveted “golden era” of Hip-Hop stating that the 2000’s did more to move him:

THE 90’S GET A LOT OF CREDIT. DON’T REALLY KNOW WHY. BIGGIE AND TUPAC, THOSE ARE THE STAPLES OF THE 90’S. I THINK THAT’S WHY THEY GET THE ‘GOLDEN ERA’ CREDIT. THERE’S NOT A 50 CENT IN THE 90’S. THEY DIDN’T EVEN HAVE A KANYE…YOU’LL FIND SOMEONE WHO HATES JAY Z, LOVES LIL’ BOOSIE. YOU CAN LOVE LUPE FIASCO, HATE GUCCI MANE AND FIND SOMEBODY ELSE WITH THE SAME IQ WHO FEELS OPPOSITE BECAUSE IT’S MORE RELATIVE TO THEIR LIFESTYLE.

After speaking his mind Staples was scrutinized by the Internets. N.O.R.E., who found fame in the 90’s, chimed in to have a dig at Staples but later apologized for not taking the time to find out the young rapper’s full intentions. Tyler, The Creator even tweeted his way into the conversation to say that the music from the 1990’s did “nothing” for him.

I imagine a posse of vintage witch hunters with flaming torches and Fresh Prince shirts began to picket Vince Staples’ concerts and started blaming him for global warming after this interview was released. His comments were not only labeled blasphemy but they were also taken out of context.

Staples was merely questioning why so many fans look back at the 1990’s with so much nostalgia when the 2000’s produced some of rap music’s now worshiped veterans. The new “I am a God” MC came out with The College Dropout in 2004 and has been the biggest polarizing figure in music since. 50 Cent changed the way we look at success in the rap game with Get Rich or Die Tryin’ in 2003.

(1Sidenote: I do not claim to have grown up with Vinny S)

(2Sidenote: I do claim to be the first person to nickname Vince Staples, Vinny S). 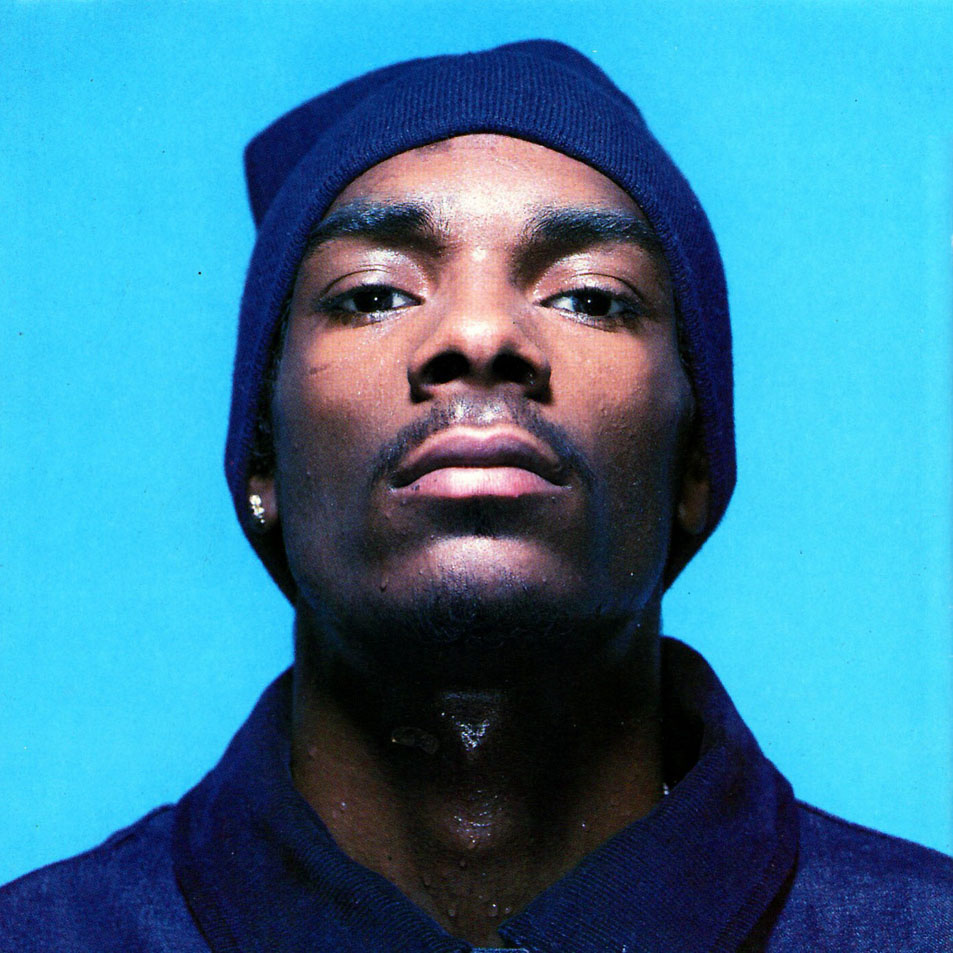 Now before you blow up at me and accuse me of turning my back on the Hip-Hop of decades past, please save your energy. The 90’s produced some of the most incredible music that’s important to my life and to rap culture. Thanks to my dad’s influence, The Beastie Boys, Public Enemy and Run-D.M.C. were my gateway drug to a full-blown Hip-Hop addiction.

Through soundtracks like 8 Mile and (sadly) Ali G In Da House, a rap music treasure chest was opened for me. The first time I heard the songs that built on Hip-Hop’s foundation like “Straight Outta Compton” & “Planet Rock” was through a soundtrack for a movie that was a total farce. Through a Benjamin Button styled growing process I went back and found all these other great artists from the 1970’s, 80’s and of course the 90’s.

I think mostly everybody can agree that the 1990’s was an amazing time for Hip-Hop but it’s not the be-all and end-all of it. I think Staples did the right thing by speaking his mind and explaining his upbringing instead of following the way of the Hip-Hop hipster who falsely claims that Mobb Deep’s The Infamous is their favorite album or that J. Dilla really did save their life without the knowledge or the passion to back those claims up. I’m sure there are a lot of true fans who can say that with 100% conviction but right now it seems too easy to declare that the years gone hold claim to the best music.

It’s too simple to look back at the past through rose tinted glasses and focus on the decade’s best (2Pac, Biggie, Nas, Wu-Tang, ATCQ) and ignore the worst (Vanilla Ice, MC Hammer). Not one era was producing 100% quality music. Even Chris Rock admits that Kanye West’s My Beautiful Dark Twisted Fantasy is better than Thriller but that’s a can of worms that can be opened another time. 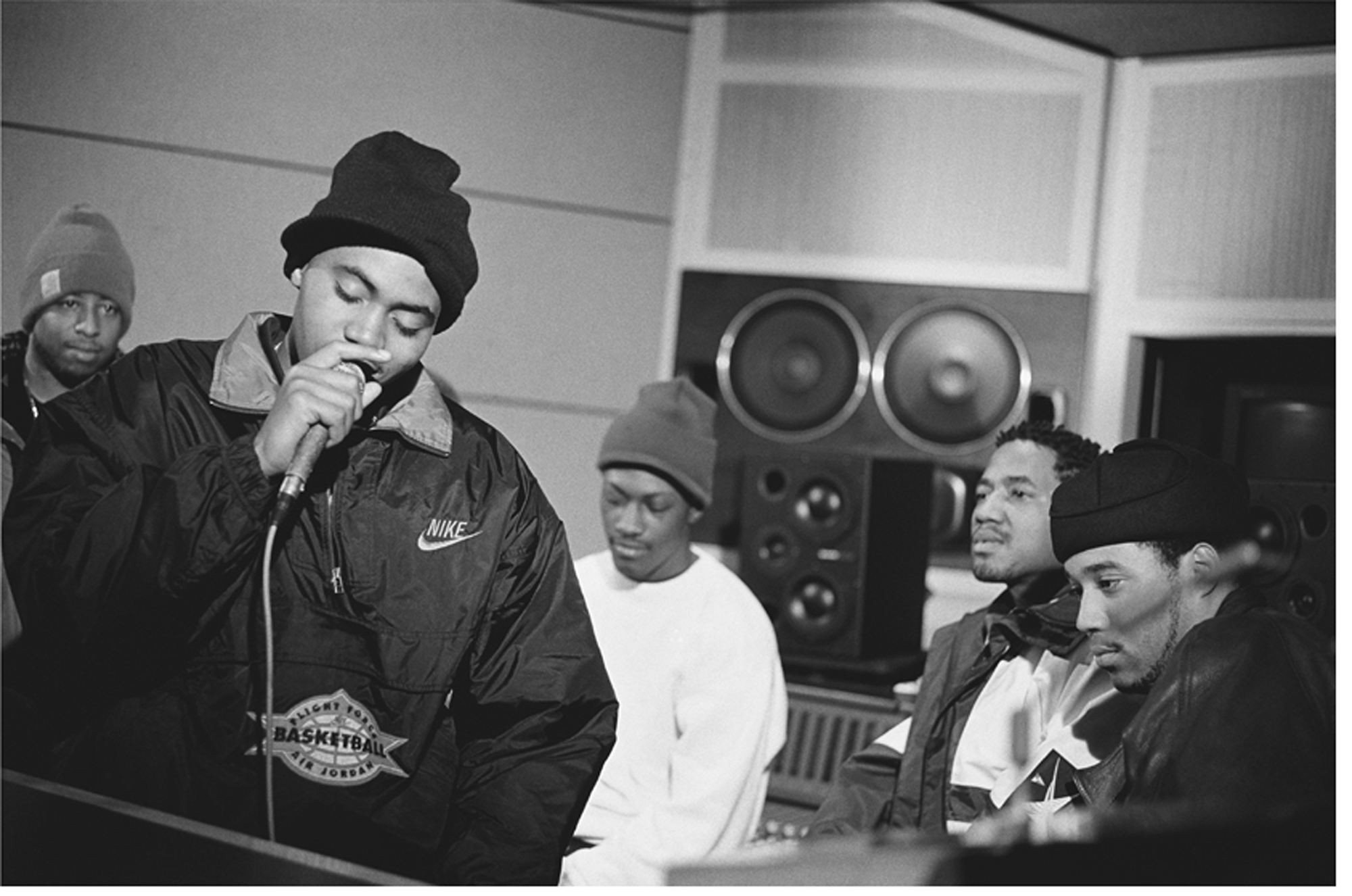 At the end of the day Staples wasn’t snubbing the golden era on purpose, he was merely stating his preference. It’s tacky to dub a whole decade of songs and albums as just “90’s music”. It doesn’t make sense to create a genre of music from a period of just 10 years.

2Pac’s amazing All Eyez on Me shouldn’t just be looked at as a “classic 90’s album”. It should be remembered for its fuck it attitude and militant perspective. Outkast’s stellar Southernplayalisticadillacmuzik can’t just be named “a great album from the 90’s”, since the description is too broad. The debut album from two Atlanta teens should be seen as a funky battering ram that smashed down the barriers southern rappers were having to hurdle over at the time in order to be heard amongst the cluster of artists from the West and East coasts.

When it’s all said and done it’s impossible for anyone to denounce the music from the 1990’s or any other decade. For every argument like: There would be no J. Cole without Jay-Z, it can be said that there would be Jay without Big Daddy Kane or Jaz-O. Without Dr. Dre you have no Kendrick Lamar, but without Eazy-E there might not have been the powerful lead up to the Aftermath label that now houses K. Dot. Danny Brown wouldn’t have a lane to skate through if ODB’s bat shit crazy ways never existed.

The debates can go on for hours and so they should because that’s what Hip-Hop is about. It’s about making top 5 lists of the best MC’s as well as arguing who came out with the best debut album (for me it’s a toss up between Illmatic and AmeriKKKa’s Most Wanted).

Hip-Hop is designed to create hypothetical gladiator battles between two skillful MC’s while getting coffee with a buddy. Staples’ comments have opened a new avenue to debate and compare decades or eras of Hip-Hop all in good fun.

Now if you’ll excuse me I think it’s time for me to leave and listen to Supa Dupa Fly before these Hip-Hop hipsters burn me at the stake.