The Weeknd – Beauty Behind the Madness [Review] 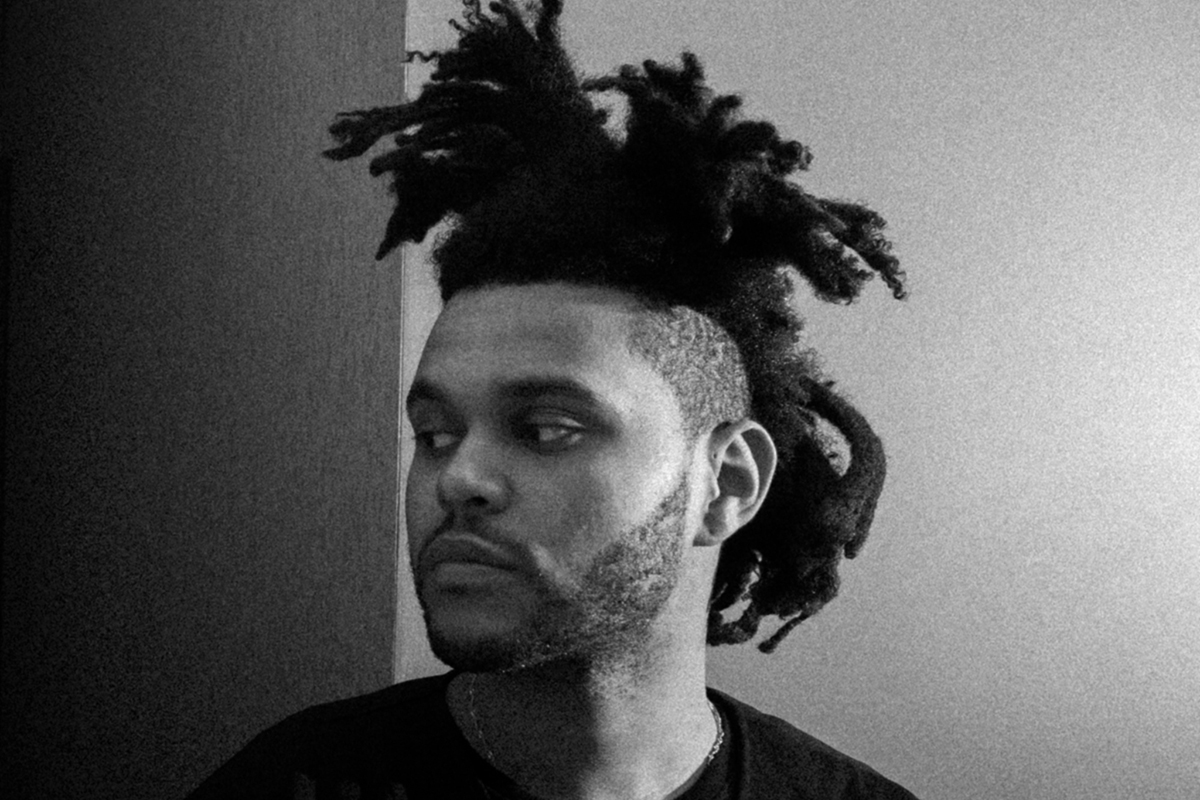 Abel Tesfaye or The Weeknd, if you still call him that, has released his sophomore album (sixth overall project, yes, I’m counting Trilogy.), Beauty Behind the Madness to a larger audience compared to the audience that was first introduced to his music back in 2011 with his mixtape House of Balloons. Promo for this new project started with a performance on SNL with Ariana Grande and climaxed with his contribution to the soundtrack of the anticipated 2015 film, Fifty Shades of Grey. Known for his secrecy as much as his music, we’ve been getting more familiar with his face and voice over the last two years to the point where everyone can say they know The Weeknd. While his initial entry into the mainstream with his debut album, Kissland, failed to set the world on fire, thanks to his guest features and early singles like “Often” and “The Hills”, he is now on a higher platform and has more expectations.

Tell ’em this boy wasn’t meant for lovin’
Tell ’em this heart doesn’t stay to one
I’ll be the same, never changed for nothin’
It’s all I know, never learned much more

And this is how we start the album? Alright, we get personal details about his relationship with his Mom, who taught him about real life, not fantasies, while growing up and how that affects his relationships with women to this day. Ain’t no love songs, bih or at least the happy kind.

2. Losers
Featuring Labyrinth; Produced by The Weeknd, Illangelo, & Labyrinth
What’s your definition of a winner? Education was not the way to a better life for the Scarborough native. He decided to rely on himself and I think it worked out for him. His guest, British singer Labrinth, sounds great but is unnecessary here since he sings the exact same lyrics as The Weeknd. It is kind of a back and forth track, but it’s not a competition of who can sing better. Overall, it’s a great song about following your heart and not making decisions based on what “they” tell you need to do to be successful.

3. Tell Your Friends
Produced by Kanye West, Christopher Pope, Illangelo, & Mike Dean
Clever title. The song is a checklist of facts and rumors we’ve heard about the singer. Thanks to a story of a cousin trying to take a picture with him at his grandma’s funeral, we learn that his fame is changing his family members. My favorite line of the song is the best way to describe who or what The Weeknd is about in the new generation of “R&B” singers.

And that’s part of the hook. I also have to note that “Don’t Tell Your Friends” is produced by Kanye West and three other people not named Kanye West (Che Pope, Frequent Weeknd collaborator Illangelo, who has a hand in multiple songs on BBTM, and the unsung legend himself, Mike Dean). The production is a sample of “Can’t Stop”, Ye’s collaboration with Theophilus London, produced by Club Cheval, Brodinski, and 88 Keys. I say that just to say I love the production on here. The Weeknd just sounds so smooth on this song like it was just a freestyle he did in the booth.

4. Often
Produced by The Weeknd, Ben Billions & DaHeela
Is it bad that I think about how songs are going to get played in the strip club? I haven’t been to one in years, but if I do venture to a place that offers $2 Tuesday lap dance specials, I’ll expect to hear this song.

5. The Hills
Produced by Million $ Mano, JayFrance, & Illangelo
This is a song for the club based on the production. I’m amazed that this gets radio play. Have you listened to the chorus?

The Weeknd has this ability to get away with “honesty”.

The hills have eyes (Once again, R.I.P. Wes Craven!) who are you to judge? The female protagonist of this song is unaware of the seriousness of their relationship so he gladly explains it to her and the utter lack of it.

6. Acquainted
Produced by The Weeknd, Illangelo, Ben Billions, DaHeela, & Danny Boy Styles
He wouldn’t say they’re in love, but he’s thankful for the opportunity to know her in the “biblical” sense. “Acquainted” is a ballad for the short term relationships. It’s crazy how inconsiderate and selfish most of the lyrics are, but the music makes it seem all good.

7. I Can’t Feel My Face
Produced by Max Martin & Ali Payami
This is a song about drugs! Flat out, in my opinion, this is not a metaphor of any kind. Forgoing to take the path of Rick James’ “Mary Jane” and its subtlety, I can’t help but to think of Michael Jackson based on the production and vocal performance of our album’s star.

You can do whatever you want to do with your life; I’m just here for me.

The Weeknd’s cold attitude to the women in his songs continues to flourish throughout the album. The production reminds me of 90’s R&B videos where the singer was alone in a room playing a guitar. Think of Babyface’s “When Can I See You”. “Shameless” is a nice ballad and proof that the XO leader is a great singer and songwriter without the vulgarity in his lyrics some may enjoy for the shock value or consider offensive.

9. Earned It
Produced by Stephan Moccio & DaHeela
WE ALL KNOW THIS SONG! Whether you saw 50 Shades of Grey or not, you’ve heard it on your local radio station, maybe in a funny gif, or from his multiple televised performances. I never paid attention to the lyrics until now. There are some dark revelations here.

I’ve been thinking he said “magic” this whole time, but it’s only in the first verse.

On that lonely night (Lonely night)
We said it wouldn’t be love
But we felt the rush (Fell in love)
It made us believe it was only us (Only us)
Convinced we were broken inside, yeah, inside, yeah

No wonder this song worked better than the movie, at least critically. Instead of trying to explain an unconventional relationship with a two hour visual, all it took was a three minute ballad. It’s not love, it is lust and it only works when the individuals involved acknowledge it.

10. In The Night
Produced by Max Martin, Ali Payami, & The Weeknd
If you don’t think the King of Pop wouldn’t have sung a song just like this, you are a LIAR! A damaged woman hides her flaws thanks to her activities after darkness falls on this uptempo joint.

11. As You Are
Produced The Weeknd, Illangelo, DaHeela, & Danny Boy Styles
I forget about this song every time I look at the tracklist, nothing memorable. I’ve listened to this album without skipping, I’ve heard “Earned It” for the purpose of this review almost as much as they’ve played it on the radio and I can’t say anything except it is a song about Abel adopting your local churches’ credo, “Come As You Are” to receive a place to stay.

12. Dark Times
Featuring Ed Sheeran; Produced by Illangelo
Coming into the last act of this project, we get our first sound of guest vocals since track number two with Ed Sheeran. The blues production is distracting in a good way. I had to listen several times to catch what they’re saying.

This ain’t the right time for you to fall in love with me
But baby I’m just being honest
And I know my lies could never make you believe
Running in circles, that’s why

Definitely one of the songs you play when people talk about contemporary R&B not having substance. This is two singers at their most transparent.

13. Prisoner
Featuring Lana Del Ray; Produced by Illangelo & The Weeknd
Finally, we get to hear from a female on this album. Lana Del Ray appears and shares her expertise on being jaded; this is the same woman known for being sad during summertime. “Prisoner” is about shielding yourself from love your whole life and building a cold, empty prison for yourself. They question whether or not they made the right decision.

14. Angel
Produced by The Weeknd & Stephan Moccio
The Weeknd uses Fetty Wap’s melody. Fetty Wap influenced The Weeknd. If I keep saying it then I will know that I’m not crazy when I hear the vocal structure of “My Way” in the chorus of “Angel.” After thirteen songs of misogyny, self reflection, and only hearing his side of unhealthy relationships, we hear from lady friend, who wishes nothing but the best for the young singer. “I hope you find somebody to love” sung by himself, a mysterious female voice that is identified by a little research as Maty Noyes, and a children’s choir (I hope the couple depicted in this album didn’t have kids together. Ha ha). The closing track is not an apology, it’s a sincere goodbye to an eventful relationship that has been narrated throughout the album hence the title, Beauty Behind The Madness.

To go from not knowing whether he was a band or not to doing a few intimate shows in Canada to doing Coachella and The Today Show, it’s safe to say that the Canadian singer is a certified pop star. Hey diehard XO fans, he’s popular now! Before you go posting, “I remember when this video only had a few thousand views” comments on his YouTube page, think about the dichotomy of Beauty Behind the Madness. Yes, there is “Earned It” and “I Can’t Feel My Face”, but the first half of the album is for y’all, not the housemoms that hear his songs on Ellen.

My favorite songs are “Don’t Tell Your Friends” and “Angel”. I believe that once we hear the beginning of “I Can’t Feel My Face”, the album shifts and we go towards a non-traditional sound heard on past XO projects. Honestly, this is the best that I’ve heard from him. This is a well constructed album and I’m not the biggest fan of The Weeknd. I listened to House of Balloons, Thursday, and Echoes of Silence, without jumping on the bandwagon. There are a couple of songs from HOB that I listen to regularly, but I still don’t consider them classics or crown The Weeknd as the savior of R&B or the innovator of the new genre known as PBR&B. With this album I can let it play on a loop without skipping because they thought it was a good idea to have the instrumental to play for five minutes. This is progression done right by providing material for the day one fans and welcoming new listeners on the journey to the top of the charts.