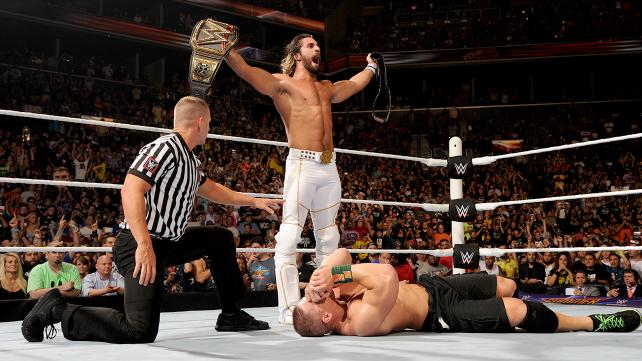 On Sunday night, WWE continued it three day takeover of Brooklyn’s Barclay Center with it’s 2015 iteration of SummerSlam. Not only was the event four hours long this year, but it featured matches like the Brock Lesnar vs Undertaker, Seth Rollins vs John Cena, and even a match involving The Green Arrow.

But was it good though? I’m gonna pass my usual nappyafro wrestling recap position to Ethan Black this go around and he’ll tell us if it’s really “The Biggest Event of the Summer”. – B-Easy