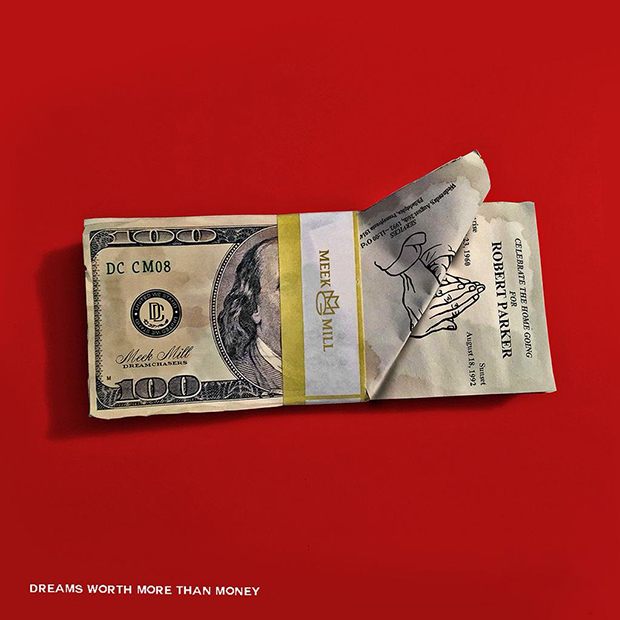  Dreams Worth More Than Money is the long overdue and highly anticipated album by Meek Mill. DWMTM is his second studio album and is released under MMG records. Did Meek disappoint us, or did he truly deliver a great album and claim the summer as Meek Season?

1. Lord Knows
Produced by Play Picasso & Tory Lanez
As we all know Meek, is known for delivering amazing intros to his albums and mixtapes. Do we really have to remind you of ​Dreams and Nightmares​?​On this intro Meek does not disappoint, the beat is dope to me with the loud organs and dramatic sounds really setting the mood for the loud 808 beat that Meek is known for; it really sets the tone for the album. Per usual, Meek goes hard for the ENTIRE song, stunting on everybody, reflecting on coming from Philly and hitting us with Meek’s vintage flow that doesn’t seems so special since everyone wants to take it. But nothing but greatness from Philadelphia’s own.

2. Classic
Featuring Swizz Beatz; Produced by Mr. Bangeledesh
Meek collabs with Swizz, on a very Swizz Beatz like song and delivers some witty bars here. I’ve always been a big fan of Meek because he gets you so hyped and his flow is so energetic. But when you listen to his words he becomes orthodox sometimes. Like, how many times can you rap about a random girl that your team has smashed and you stole a guy’s girl and buy her jewelry and bags. I get it Meek, you’re a savage. I just want to put Meek up there with the top rappers in the game and I can’t with songs like this.

I just took a perc, now I’m on another level

If you don’t come away from the song singing that line then you didn’t really vibe with this song. It is exactly what you expect from a Meek Mill and Future song; the beat is dope and all of the words are catchy. I like the vibe of this song and the vibe that the album has taken so far.

4. All Eyes On You
Featuring Chris Brown & Nicki Minaj; Produced by: D​elicata, Morris, ​The Monarch, ​Cossom, & D​J Khaled
I wasn’t expecting to hear this side of Meek on his album. Yeah we have all seen the pictures on social media and we know the hype behind Omeeka, but Meek never really writes love songs. This one is quite catchy and who else better to get to sing on the hook then Chris Brown. Nicki and Meek have good chemistry on this song and this will surely be overplayed on the radio all summer.

5. The Trillest
Produced by Stoopid on Da Beat
FINALLY. Meek delivers some bars with some meaning and substance behind them. He starts to reflect on his actions on this song and talks about mistakes that he has made and the difficulty of being famous while also being responsible for taking care of your family. On his first verse he says:

A​nd yeah, I’ve been losin’ touch with my family, it ain’t the same
I should’ve gave my sister some money, but I made it rain
I should’ve hit the crib with my son and played a game
But instead I ended up at the jeweler to make a chain
It’s a sad saying when you make money it make you change

I like to see Meek reflect like this because when he likes this there’s not too many rappers out there who are better than him. HE tells you the story of a true guy out the hood and doesn’t hold back. You gotta love it.

6. R.I.C.O.
Featuring Drake; Produced by Vinylz
This song further proves my point that if you get Drake on a song more than likely it is going to be a hit. This is the toughest song to me on the album because the beat is crazy as you can expect from Vinylz while Drake and Meek both add some catchy verses that will have you put the song on repeat like I did. It’s nice to see two of the best rappers in this generation link up and just make a smash song like this and while they’re doing it they just stunt on everybody else . 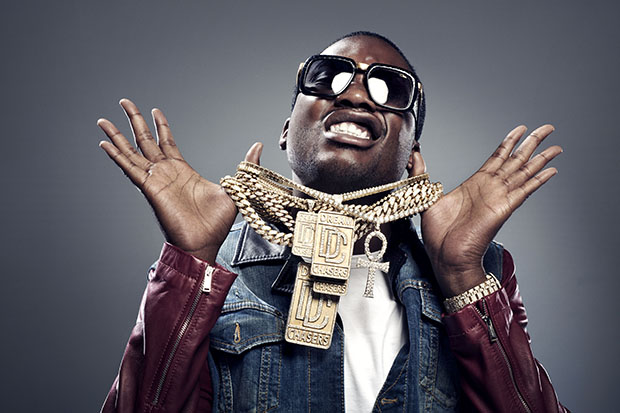 7. I Got the Juice
Produced by Cardo & Young Exclusive
Meek definitely has the juice. I like this song so much because it is a great follow up from the last song with Drake and it’s just Meek telling everyone else why he is better than you. You really can’t get enough of it from Meek. One of my biggest criticisms from his last album is that he couldn’t keep that turn up, loud energetic flow up for an entire album. On this album he does and its great; there’s not one song that doesn’t get you in a turn up mood.

8. Ambitionz
Produced by Boi-1da
Meek pays homage to Pac with the title here, this song is reflective on how Meek really got to where he’s at. He keeps the verses short here but the hook is really tough. The beat is hard and gives a very grimy and real feeling to the song.

9. Pullin’ Up
Featuring The Weeknd; Produced by Danny Boy Styles, Ben Billion$, & Illangelo
Skip. Meek is not pulling up to anyones house and taking any girl when he has Nicki on his arm. Cool song if you like The Weeknd but true Meek fans won’t care for this song.

10. Check
Produced by Metro Boomin’ & Southside
This song sounds tough in the club. But honestly at this stage I expect something more from meek. We all know he can deliver with these kind of songs but I don’t think he’s challenging himself to do something different. It’ll be on the radio all summer but I would skip it.

11. Been That
Featuring Rick Ross; Produced by OZ & SkySense
Listening to songs with Rick Ross and Meek Mill is honestly my guilty pleasure. I can always count on these two to give a loud ignorant song that I can just blast in my car. I love it.

12. Bad For You
Featuring Nicki Minaj; Produced by Ben Billion$
Again another love record from Meek that I think we should just start getting use to. Nicki sounds great on this song in my opinion but I think Meek should leave the sentimental re cords to her. I mean how do you go from “I’ve Been That Nigga” with Rick Ross to now rapping about your love for Nicki.

13. Stand Up
Produced by Danja
I really like this Meek, he takes time to really reflect on his life and the legacy that he is leaving behind. It ‘s really impressive to see Meek switch up topics on this album and be able to talk about his life and what his goals are. The little ad-lib with Dj Khaled doesn’t hurt either.

14. Cold Hearted
Featuring Diddy; Produced by OZ
This song is tough just because Diddy gives you those classic Diddy rants about dealing with family and money and it comes of really inspirational. I like that Meek takes his last song on the album as an opportunity to humble himself. He does a lot of stunting and talking about himself and his wealth but he also is humble enough to let the legends in the game school him and give him advice.

Bottom Line:
Meek has crazy energy and his flow is really good. I really like this album because he doesn’t just turn up on every track and he doesn’t just reflect on his life on every song either. You get a great combination of Meek as an artist and as a person he gives you the real with the vivid images of living in the hood and he gives the luxury lifestyle that he has worked so hard for. These are all great songs from Meek and I’m really glad we all got to see this from him.

But one thing that I really want to see from him is better song making and just adding more substance to the crazy flow and lyrics that he has. But I don’t want to take away from this album. I’m giving it a 4 out of 5. Good Ssuff Meek