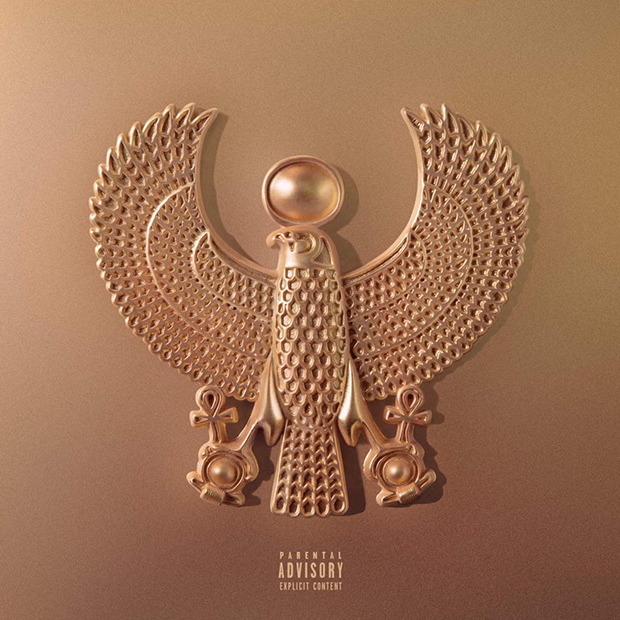 Tyga is a west coast rapper who I believe is currently signed or associated with Young Money. Tyga is a rapper who’s been in the spotlight a lot lately whether it be about his relationship with Kylie Jenner, his beef with Drake, his comments on the current state of his label Cash Money or his string of hits with singer Chris Brown. I first became aware of Tyga in 2008 with his single “Coconut Juice”. Ironically in my opinion “Coconut Juice” was pure wack juice. I won’t lie, I wasn’t a fan of his then and I’m even less of one.

Now after giving him multiple chances I’ve giving this a spin. I’m going to give a fair unbias review but to me Tyga is a very average and generic MC who doesn’t offer anything fresh. Thats the case with 18th Dynasty it’s just a really generic album with some decent production and little to offer if anything. Now that out the way let’s get into a track by track review.

1. Spitfire
Produced by D Nice, Mike Dean, & Jess Jackson
We waste no time kicking things off here. Shortly after the beat begins we’re greeted with an intro from Birdman doing what he does best. That’s giving us intros; I wasn’t gonna say rapping. Here Birdman is quoting himself from an old interview at age 24. The song is just short of 3 minutes long and has a barely audible chorus. Lyrically this track isn’t anything special and boring to where I wanted to listen to it again. If you’re a Tyga fan you can expect the usually flow and punchlines. It’s not good but surely isn’t bad; just okay.

2. Muh Fucka
Featuring A.E.; Produced by Bedrock
I’ll use one word to describe this: TRASH! I swear Tyga is doing his best YG impression on this one without the best part, DJ Mustard production. It’s another “fuck the haters” track with every line ending with “motherfucker” I know clever right? I’m still at verge of turning this off.

3. Shaka Zulu
Produced by SAP & Jess Jackson
I thought I was listening to Drake remixing “Started From The Bottom” soon as this came on. It looks like Tyga is gonna go Taskmaster and steal flows all over this album. There’s no noteworthy bars with boring production. I’ve like to point out here Tyga begins to sing. Halfway through he raps in a voice cracking Kendrick style. It’s every bit as horrible as you think it would sound.

4. God Talk
Produced by Soundz & Jess Jackson
Tyga provides some decent bars but this track is still off. There are some God comparisons and lyrics involving spirituality mostly Christianity. Nothing interesting or any focus for a theme just merely lines to put on the illusion of a theme.

5. Hard For You
Produced by Dupri, Mike Dean, & Jess Jackson
Sounds like some captain save a ho music. “Hey baby I’m rich, your beautiful let me make you famous”. Probably got inspired to write this after walking past a middle school. Tyga’s sprung over a woman people but the song isn’t very interesting. Theres nothing special here at all.

6. Down For A Min
Produced by SAP, Mike Dean, & Jess Jackson
It’s funny how he dissed Drake and jacked his style completely. This is Tyga singing. Yes he’s singing. If you skip this your just missing generic and awful cheap sounding RPG stage music. This is awful just awful.

7. Pure Luxury
Produced by Dupri, Mike Dean, & Jess Jackson
We’ve officially past the halfway mark so if your still here you shouldn’t expect much anymore. Its nothing here any different from you’ve heard other than a repetitive boring hook. Some generic bars that once again tries to put on the illusion of a theme. 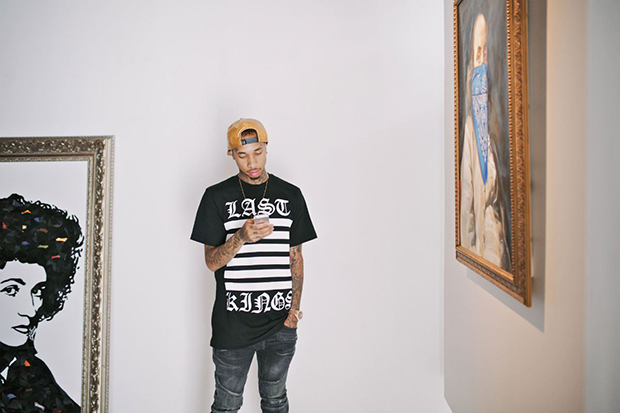 8. Wham
Produced by David “D.A.” Damon & Jess Jackson
This is just hot trash rap. I see this as basically the same song again with a different beat. I can’t say anything here on this one.

9. Pleazer
Featuring Boosie Badazz; Produced by FKi, Mike Dean, & Jess Jackson
Damn. So why is Tyga biting YG again? But this time he copped a great value version of a DJ Mustard beat. On this track we hear the most struggle bars I’ve heard from him all album (“I’m trying to nut like Chip and Dale/ Thats some funny ass shit like Dave Chapelle”). Someone get him a club fitness membership; no one should struggle like that. Here all you get is some explicit lyrics about sex. Oh yeah, a verse from Boosie Badazz is presented here too but it’s so weak I can’t care.

10. Hollywood Niggaz
Produced by Jess Jackson
Did YG soul somehow take over Tyga body? This is a serious question; How many times is he gonna sound like him? The bars here are just horrible

Don’t turn up on your time, Tina Turner, she smacking bitches
Bitches change like February,I don’t dress like Tyler Perry.

Oh my God this is terrible.Aand this beat sounds like an unreleased Eazy-E track. I get he wants to embrace his West Coast roots here but this is just sad.

11. 4 My Dawgs
Featuring Lil’ Wayne; Produced by Brian Soko, Rasool Diaz, & Jess Jackson
I’ll point out the Lil’ Wayne feature. That by no means I’m saying that it’s a standout feature but considering that there’s virtually no features on this project I have to mention it. You can skip though. There is nothing here at all.

12. Bloodline
Produced by Jess Jackson
Thank God this album is over. This is one of the better songs and that’s not saying anything here. Here’s more boring generic Tyga lyrics and production with a sample for chorus. Some heartfelt bars from him but falls flat again.

Bottom Line:
This album was kind of hard to review cause there isn’t much to say about it. It’s so bland, poorly written, and generic it can’t leave a lasting effect. I can appreciate when an MC cuts back on features but Tyga doesn’t have enough personality or lyrics to carry an album himself.  This was a horribly bland album that Tyga fans may like it but I don’t see how anyone can.