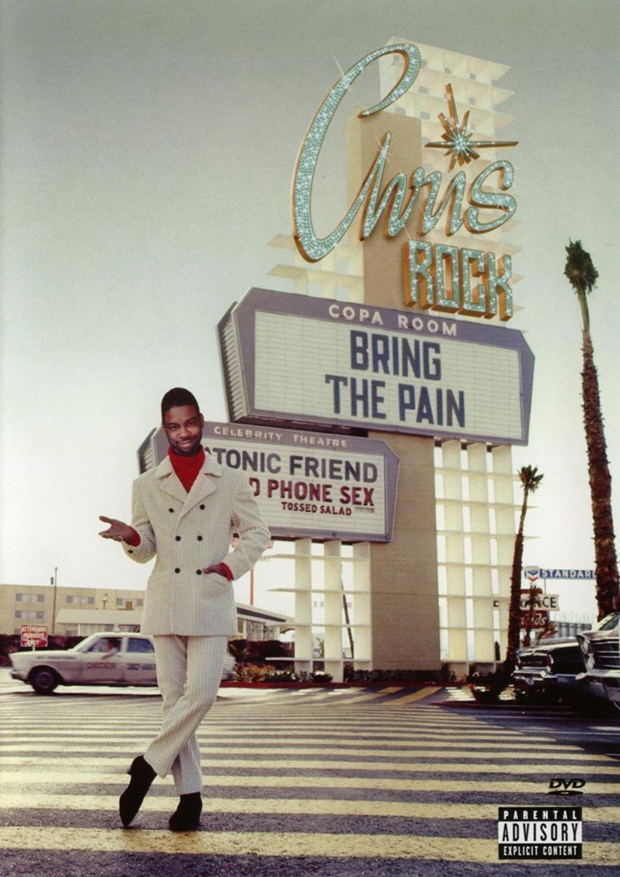 Early nappyafro readers will remember that back in 2008, I use to post up a different movies every week for the Friday Night ‘Fro column. Films like Gummo, Battle Royale, & City of God made appearances in the column and it made since. As much as I like Hip-Hop, women, and wrestling, watching movies ranks right up there (By the way, check out our Watching Movies & Shit podcast).

So today we go back to that. Kinda. Earlier today on the latest episode of the FROCAST, there was a mini-discussion about the best Black comedian ever. A few names came up like Martin Lawrence, Eddie Murphy, Dave Chappelle, and even Patrice O’Neal. All of those are great choices, but my pick would be for Chris Rock.

There a lot of reasons why Chris Rock may go down as the G.O.A.T. Black comedian (and my all-time favorite), but why not let the man speak for himself and let’s all watch his 1996 HBO comedy special, Bring the Pain. A lot of gems were dropped during this classic hour, but it was here that he broke out one of the greatest theories in history: Black People VS. Niggaz. Enjoy.