Drake – If You’re Reading This It’s Too Late [Review] 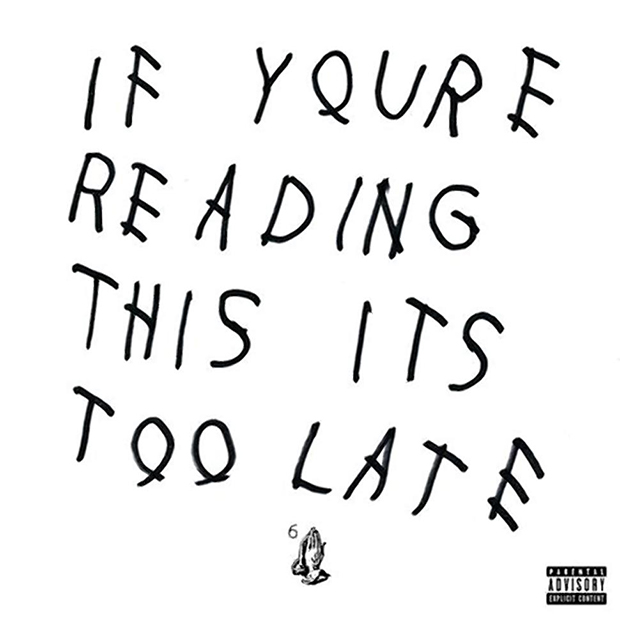 On February 13th 2015, Drizzy shocked the world by dropping this mixtape\album that no one was really expecting. There were reports that Drake might drop a mixtape, but honestly Hip-Hop heads didn’t believe he would, he’s kind of too big for that is what the general consensus is. Still, there were a lot of rumblings that something was coming. On the 12th of February he released a short film called Jungle, and a few hours later If You’re Reading This It’s Too Late dropped out of the sky.

So what does Drake give us here? Is this is 4th studio album? Is this So Far Gone Part 2? Is this Comeback Season, or is it just a compilation of his music that hasn’t dropped yet. Let’s see

1. Legend
Produced by PartyNextDoor
This project starts off with Drake singing over a instrumental that samples Ginuwine’s “So Anxious” song. Drake’s voice blends in with the instrumentation flawlessly as he claims legendary status. Nice way to start off a project.

2. Energy
Produced by Boi-1da & OB O’Brien
This joint is a big “fuck you” to all the haters Drizzy has accumulated over the past few years. He makes some subtle references to rappers, strippers, and traitors that he has encountered. If you follow Drake you know that this is directed to real people.

3. 10 Bands
Produced by Boi-1da, Sevn, & Adam Thomas
The project is obviously on an upswing. This song has a lot of energy as Drake speaks on his hustle and flosses on us a little. This could be a single and be a Top 10 hit, but what song that Drake drops isn’t a Top 10?

4. Know Yourself
Produced by Boi-1da, Vinylz, & SykSense
This song will have you yelling “Runnin’ through the 6 with my woes”. Is it me or is Drake slowly taking Ricky Rozay’s place when it comes to making infectious hooks. What’s odd/interesting about this song is that for the most part it is really mellow but the turn up that I’ve witnessed during this song is crazy.

5. No Tellin’
Produced by Boi-1da & Frank Dukes
It’s pretty important that although Drake has been singing on here, it’s not what he normally does with his albums. This is has been much more aggressive than we are accustomed to hearing Drake do. This song is no different. The beat is a drum heavy airy array of horns with Drizzy dropping jewels like, “I had to switch up the flow on you niggas, it was getting to predictable, the new shit is on steroids I could never pass a physical”. This is another dope song.

6. Madonna
Produced by Noah “40” Shebib”
Here we see the return of the Ginuwine sample, but it is used completely different by 40 on this song. This is the first song that Drake really gets on his R&B shit, but it the tone of it is still completely different that songs like “Brand New” or “Hold On, We’re Going Home”. This is a short but really good song.

7. 6 God
Produced by Boi-1da & Syk Sense
The tape takes a drastic turn from the mellow turn up to a beat that I’d expect to hear Meek Mill on. “6 God” is Drake rapping and just being on his reckless shit. With lines like, “You was popping when Usher was wearing a U chain, God Damn you changed”. You find yourself nodding your head to the crazy beat that Boi-1da supplied Drake.

8. Star67
Produced by Vinylz, Most High, & Amir Obe
This song starts off with a classic YouTube video that sees Wayne complaining about what’s wrong with the rap game. Drake comes in with a dark synth heavy beat and rides it perfectly. The beat switches at about the 1:40 mark and the song drastically changes. The beat becomes less bass heavy and more airy and Drake reminisces on making what he considered a lot of money and losing it, then considers doing some unsavory things to make it back. This is a story of his triumph as the last verse is a celebration of making it. Lines like, “I’m not Escobar, but it was written” and “I’ve been having these visions of this life I’m living since I was Jimmy, I just had to go and get it” are great examples of the victory he feels he accomplished. 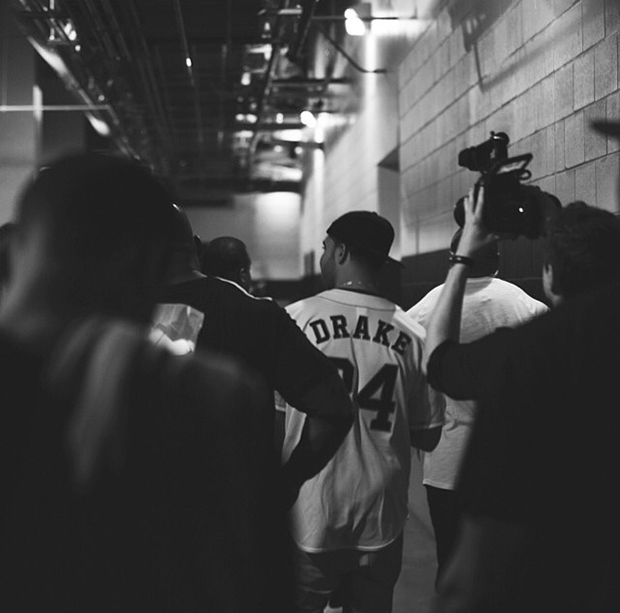 9. Preach
Featuring & Produced by PartyNextDoor
I might be one of the few people who have never really given PartyNextDoor a chance, but his part on this song doesn’t make me want to correct that. Drake does his best to recover this song, but not even his talents could revive this song for me. Pass.

10. Wednesday Night Interlude
Featuring & Produced by PartyNextDoor
This is really Drake giving PartyNextDoor a platform to shine on as it’s his song. Better than the last, but I’m still not feeling it.

11. Used To
Featuring Lil’ Wayne; Produced by Wondagurl
A Drake song with a Lil Wayne feature used to excite me. Now I’m jjust hoping that Wayne actually shows up and he did. This song is pretty good. The beat is pretty infectious, but it doesn’t have the same magic as songs like Ransom or Miss Me.

That line sums up this song. Drake is just going in on this and is doing it in the best way. He is reckless on this song and the beat that 40 supplies matches it perfectly.

13. Now & Forever
Produced by Eric Dingus & Jimmy Prime
Another slow track…… it’s okay. The ladies will love it; but not for me.

14. Company
Featuring by Travi$ Scott; Produced by TM88, Wondagurl, & Travi$ Scott
This joint is Drake describing his perfect girl: “I need someone from the country, someone from Kentucky, someone who’s going to love me”. This isn’t the first time he’s done a joint like this, but this is really good. I could see this being another hit for Drizzy. TM88 gave Drake a smooth beat that blends with both Drake and Travi$ Scott perfectly.

15. You & The 6
Produced by Boi-1da, Noah “40” Shebib, & Illmind
This is the highlight of the project. Here we have Drake sharing highlights from conversations that he has had with his mother. They speak on everything from his love life, his rap peers, and his father. This is a very personal song and Drake delivers perfectly.

16. Jungle
Produced by Noah “40” Shebib
This is the most So Far Gone song on this project. It’s a really slow song that has Drake singing to a woman about trying to deal with his fame, but also show her he cares. It’s another really good song. The ladies will also love this.

17. 6PM In New York
Produced by Boi-1da, Frank Dukes, & Booby White
Shots fired! Drake takes this Bo1-1da beat and completely snaps. He talks on everything from the state of Hip-Hop, police brutality, and still finds time to through shots at Tyga:

I heard a lil’ lil’ homie talking reckless in Vibe
Quite a platform you chose, you shoulda kept it inside
Oh you tried, it’s so childish calling my name on the world stage
You need to act your age and not your girl’s age

And he rides the beat perfectly for about 5 minutes. This song has no structure at all, no hooks, bridges, just Drake killing the beat.

Bottom Line:
This isn’t what I expected to hear when I heard that Drake dropped a project. This is completely different than Drakes last four projects. If we were to compare this to anything Drake has done in his career then it would have to be Comeback Season. He didn’t make an album that is R&B and some rap, this is Hip0Hop that has a splash of R&B and he did it perfectly. Sometimes I think we forget how competitive Drake really is. Remember, Cole just dropped an album with very little promotion that sold over 300,000 copies in the first week, Kendrick and Wale are getting closer and closer to dropping albums, but Drake drops this “mixtape” with no promotion and goes gold in the first week. This might just be his way of reminding us he’s the number one man in the game. I’m excited to see what Views From The 6 sounds like.