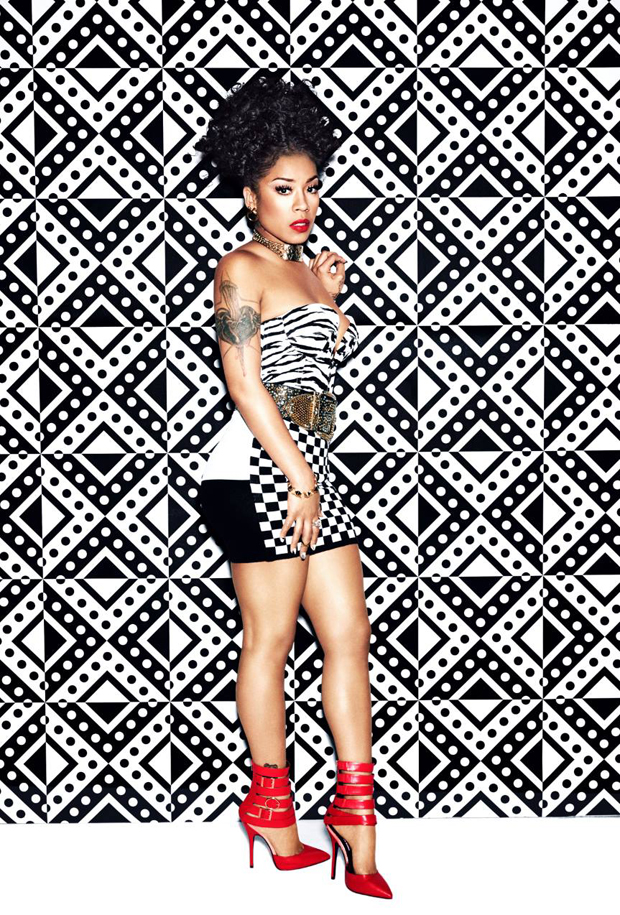 This is one of those editions of The Numbers Game where I don’t really say too much because I’m at work and I’m not losing my job for you motherfuckers. On second thought, what else am I doing? I’m late with this anyway…

Keyshia Cole continues her downward spiral with the release of her sixth studio album, Point of No Return. First her husband, Boobie Gibson, cheats on her with a stripper, then she possible became Birdman’s side chick, and not she comes back to the charts with her (I think) lowest first week sales with Point of No Return selling 25,500 units (Proving once again that I won that whole ‘Ciara vs. Keyshia Cole’ debate with King Jerm back in the day). It’s still the #9 album in the country so that’s something. Stay up Keyshia!

Another R&B album on the charts this week is Tinashe‘s debut Aquarius. I don’t know much about Tinashe other than her song “2 On” and the “2 On (Remix)” featuring Drake. She lands at #17 and sells 18,800.

Flying Lotus‘ fifth album You’re Dead dropped last week and landed at #19. I actually didn’t enjoy the album as much as I wanted to. I think I actually like Flying Lotus’ music videos way more that his actual music (“Never Catch Me” is one of the best music videos of 2014).