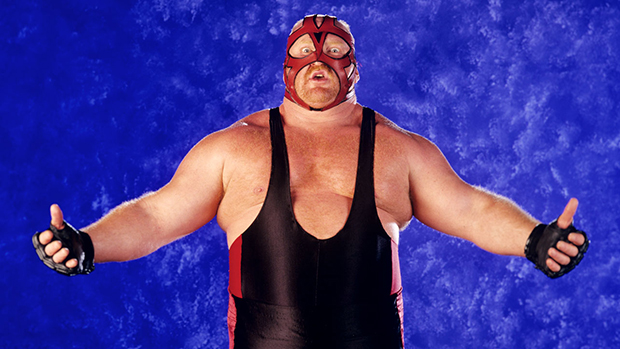 Let’s get this straight. Big Van Vader is the man. Even now that he’s basically 60 and semi-retired, Leon White aka Vader is still the man. While growing up, I used to watch Vader come to the ring wearing a elephant looking headpiece that blew smoke and that kinda scared me (Not to mention that weird red mask that didn’t really cover his face). Then he would go in the ring and basically beat the shit out of his opponent. But eventually, I went for being scared of Vader to being a fan. I mean come on, he’s a 400 lb man doing moonsaults and legit punching people. He’s a beast.

Big Van Vader has been one of favorite wrestlers for a while now. In a list that probably includes Kurt Angle, Randy Savage, Sabu, & Curt Henning, Vader has at the least always been in my Top 5 wrestlers list. But I really didn’t know the complete history of Vader, so in a way, it was like having Nas on your list of ‘Top 5 Rappers of All Time’ but never really listening to Illmatic. Well, thanks to things like YouTube and the WWE Network, that’s changed. I’ve familiarized myself with the stuff about Vader that I missed out on like his time in AWA as well as in New Japan.

Funny enough, it’s the other little things that I thought were cool and stuck out to me and here I list a few of them. IT’S VADER TIME!!!!!

Sidenote: I didn’t list Vader being on Boy Meets World (Because I never really watched that show) or him wrestling with his eyeball hanging out (Cause I can’t watch that video). Those are still good reasons though.