Leaving The Dock: Farewell To The Boondocks 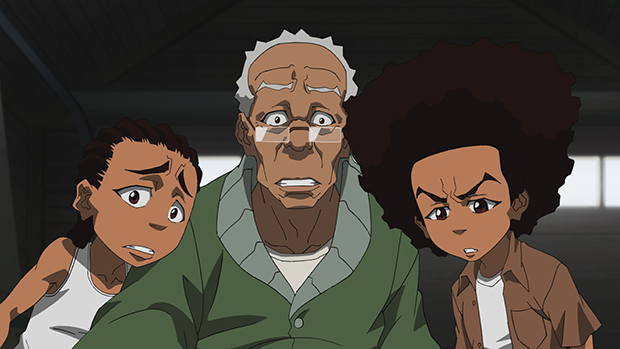 I do not know the definition of “boondocks”. I’ve heard it used in sentences and referred to as the boonies, but never knew what it actually meant. According to dictionary.com, “Boondocks” is defined as “an uninhabited area with thick natural vegetation, as a backwoods or marsh”. The latest season of The Boondocks, a show known for its satirical outlook of the world of African-American pop culture that does not get discussed in mainstream America, failed to live up to its name by leaving that thick natural vegetation of Black culture uninhibited while also scorching all of the groundwork planted in its legacy.

After eight years in existence, one of my favorite shows has finally come to an end, but not in the grand fashion that it was supposed to deliver to its fans. I had small issues with this entire season like none of the celebrity guests returning from previous seasons. (They really couldn’t at least get Affion Crockett or Deray Davis for some of the voices?) The new ten episodes were supposed to continue the streak of unique topical commentary but I only watched six full episodes and I don’t care to see the remaining four. As I dozed off while watching Riley race to the finish line in the supposed series finale, I couldn’t help but think of it as symbolism for this whole season. I never thought it would come to this; I’ve been a fan from when I was in high school waiting to watch it on Sundays to being in college making sure I got off work in time to catch it at home, now I don’t even have enough concern to watch the recorded episodes on DVR. 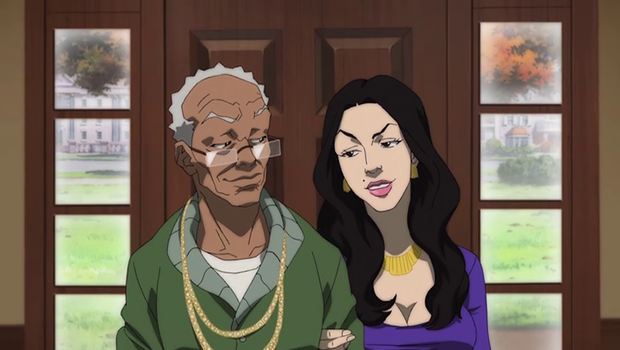 This season was a parody of itself with refried plots including another Stinkmeaner episode and another episode dedicated to Tom worried about a celebrity coming between him and his wife. Worst of all, the overall feel of the season was parody instead of satire. Breaking Bad, Her, & Good Times were all main influences for entire episodes, but I was highly disappointed in them focusing an entire episode as another attempt to use jokes based on the Kardashians. That’s the easiest target for funny; everybody makes fun of The Kardashians. This is the same show that used the low quality in programming of BET, disturbing YouTube stars like Latarian Milton and Fleece Johnson, And1 Mixtapes, and Soul Food of all things for the basis of episodes. Nobody makes fun of Soul Food and they delivered on that joke tremendously. Soul food, the movie or cuisine, have not been notably mentioned on a TV show until Key and Peele years later.

At least they briefly touched on the booty implant trend in the Kardashian episode, but I was expecting more. I was waiting for a Love and Hip-Hop mention or at least a reference to all the wives shows exploiting the actions and behaviors of African-American women. (Real Housewives, Basketball Wives, etc.) With episodes like “The Story of Gangstalicious Part 2” and “Shinin'” on my favorite episodes list, I was disappointed because I don’t even think the current state of Hip-Hop was even mentioned in the season at all besides the slight jab at Kanye West going from George Bush criticism to wearing a leather kilt after becoming affiliated with the Kardashians. I don’t remember Thugnificent or Gangstalicious in the episodes I watched. The season had an overall generic feel, very standard sitcom-ish and by the book. I missed the show that grabbed from African-American experiences and related to me. 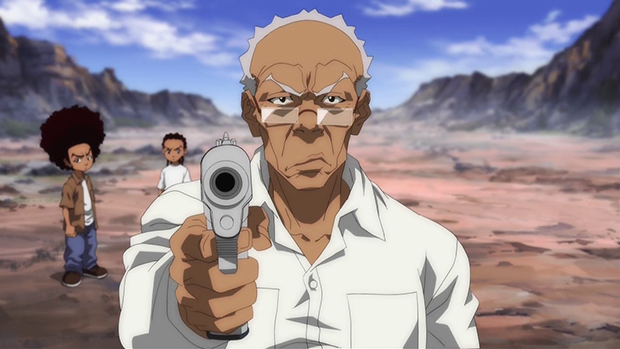 Season three had its moments of being bad, but the level of unsatisfactory on season 4 automatically wins by default when news broke that its series creator and main writer, Aaron McGruder, was not involved in the new episodes. Of course, everyone immediately had flashbacks of Dave Chappelle leaving his show during the middle of production on its third season. Being the music fan I am, I compare season 4 of The Boondocks to the fourth entry in Lil Wayne’s Dedication mixtape series. I thought with all the Auto-Tune and Young Money members’ appearances that Dedication 3 was the worst, but Weezy out did himself in his laziness by getting fans’ hopes up with Dedication 4. I waited four years for more great episodes just like I waited four years for great verses on Dedication 4. (I just thought about it: Wasn’t Lil Wayne supposed to return to voice a character this season?)

When I call it a Black Show, I don’t mean it is just for Black people, I mean it’s a show for people that are aware of and appreciate Black culture and can tell when the subjects discussed are authentic and not minstrel or lampoon. A look at Black culture was done well by The Boondocks in the past but I guess now myself and others have to look further for more self aware entertainment. Hopefully, earlier episodes of The Boondocks and Aaron McGruder inspired and influenced individuals of various cultures and races to create media that explain where their negative stereotypes of them originate. Farewell Huey Freeman, you were a powerful voice that unfortunately was silenced before we saw your vision.