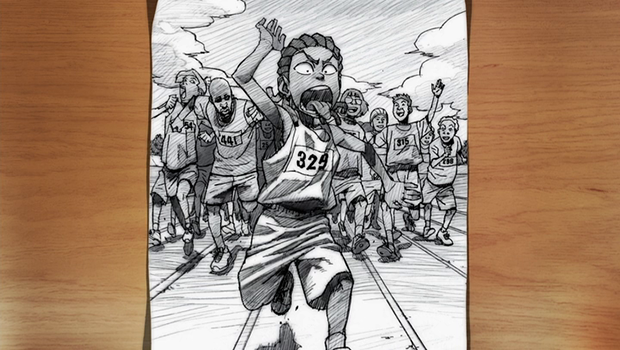 Tonight’s episode of The Boondocks is supposed the series finale. I say suppose because it’s hard to say with Adult Swim. They are not making much noise about it and the previous season of The Boondocks was initially suppose to be it’s last.

With that being said, I can say that “The New Black” felt a little like the McGruder era of The Boondocks. With hot-button issues like bullying, prejudice against homosexualit,y & prejudice against disabilities, it had some high points in terms of humor but failed hard on others (The theme of this whole season). Fitting because even though this episode was the finale, The Boondocks still limped across the finish line for the season.

So yeah, that’s the season and (maybe) the season. Below are my thoughts on the (maybe) final episode of The Boondocks.