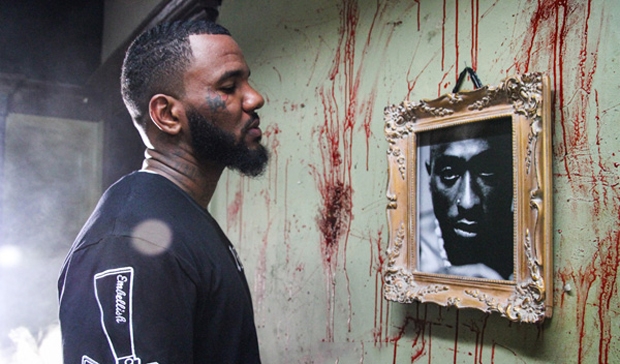 Does anyone else think that Eminem made it cool for rappers to tote chainsaws instead of guns? I think so, just take a look at Hopsin in past videos and now The Game in “Bigger Than Me”. The Compton MC really proves that he is “the black Marshall Mathers” by chasing sucka MCs through a creepy old mansion with his weapon of choice.

If you didn’t hear the audio from the other day, Game uses this track to vent his frustrations with the music industry while sharing some of his tales from his time in the rap game. He also beats critics to the punch by confessing his constant name dropping. The voodoo elements in the video are interesting and it’s curious to think about what they mean to Game exactly. Illuminati? Just playing! Directed by Matt Alonzo.