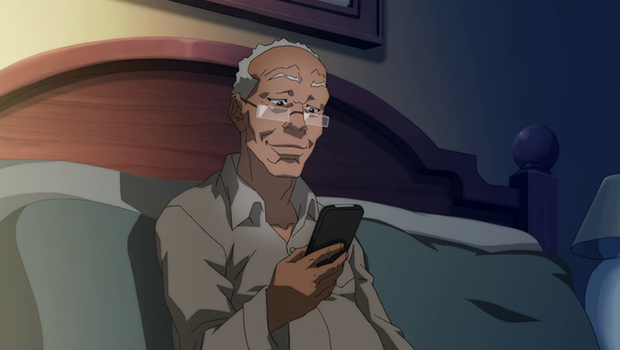 This week’s episode of The Boondocks was once again a Granddad centered episode. “I Dream of Siri” is basically a play off the movie Her (My #6 Best Movie of 2013) mixed with Fatal Attraction. And then it gets stupid. Now, I understand that The Boondocks have went to crazy places in the past but then it tried to have some basis in reality, but this episode ends with Granddad marrying his iPhone. *sigh*. Here’s some more of my thoughts.