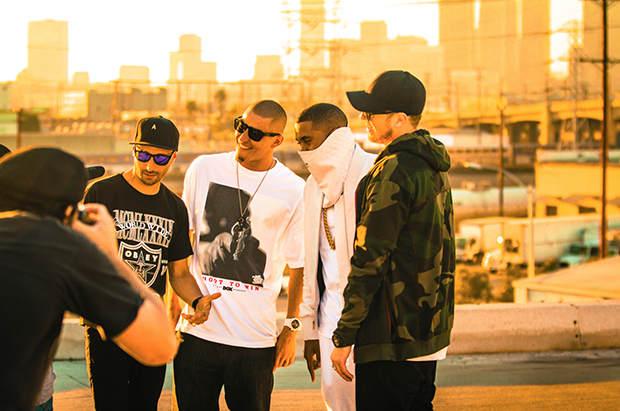 This video by Sydney based rap trio Bliss n Eso is pretty awesome for several reasons. One being that the usually reclusive Nasty Nas not only recorded a track with these hometown heroes but actually made an appearance in the film clip. Honestly when is the last time Nas made an appearance in somebody else’s video? No seriously, I need to know. (I’m looking at you Pat! Was it Common’s “Ghetto Dreams”?). Well anyway the video for “I Am Somebody” is pretty dope with its homage to The Animatrix and shots of both Sydney and LA. Directed by Allan Hardy.