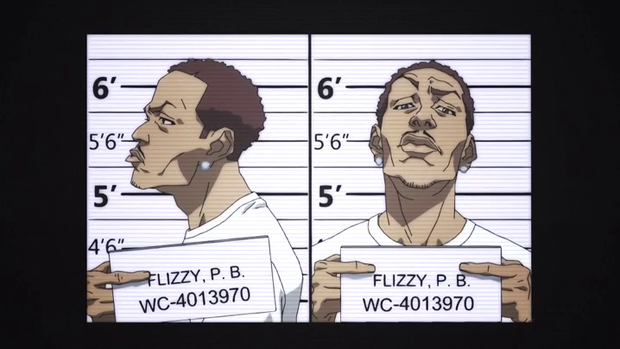 Even without Aaron McGruder at the helm, it’s feels good to have The Boondocks back on TV. It also feels right that first episode takes aim at Chris Brown (aka Pretty Boy Flizzy and voice by Micheal B. Jordan), kinda like what they did with R. Kelly in the first season (“The Trial of R. Kelly”). All of this created funny moments throughout the episode especially for Tom DuBois and his family (Poor Tom).

But while a lot of stuff felt right, for a few reasons this episode felt a little off. Could it be because it didn’t feature much from Riley, Huey, & Grandad? Maybe but there’s also been a lot of comparison to Community‘s 4th season without Dan Harmon and I can see the point. Then again, the third season of The Boondocks did’t exactly get off to a roaring start either. I’ll wait until next week to see where this season is going (Who am I kidding, I’m gonna watch regardless).