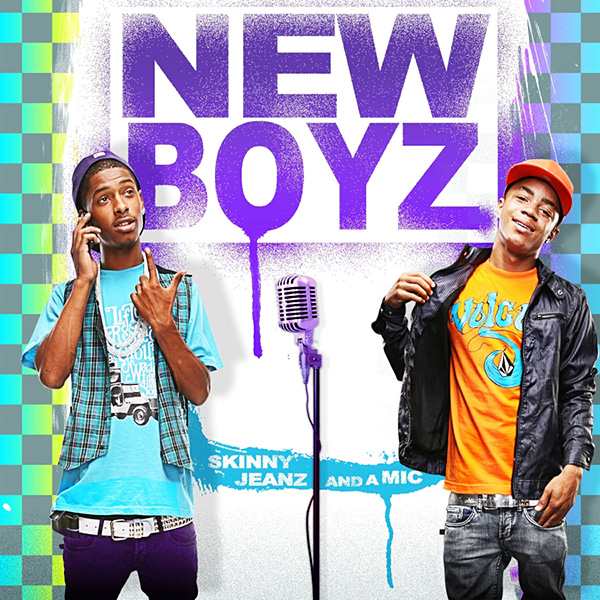 Before anybody jumps to conclusions, let me say, don’t ever write off an artist before you listen to them. I, personally, only have vices with artists I have listened to and don’t like. With that being said, I’m sure no one, NO ONE, here can actually say they like the New Boyz. I mean, “You’re A Jerk”? It was always fun to hear at a party or the club, but it wasn’t a very appealing song when you think about it as more than a dance song. But I didn’t write them off. I hadn’t heard anything but that song so how could I judge them as an artist? If someone was new to Kanye and the first single they had ever heard from him was “Love Lockdown”, what was to defend him as an artist? So, among the many interesting and “informative” videos on WSHH was a Green Lantern “On the Spot” freestyle from the New Boyz. Guess what. They had bars! (See for yourself) Now after hearing that, I wasn’t ready to trash bin the group consisting of Legacy and Ben J. And since no one else was going to review their debut, Skinny Jeans And A Mic, I figured I would let the people know what was there to offer. And without further rambling…

1. Cricketz
Featuring Tyga
No intro bullshit talkin’ about the “Jerk” movement. Right out the gate we get a quirky track reminiscent of the “Jerk” beat with a little more depth. Technically you could Jerk to this song, but I rather vibe with it. This song is a direct response to dudes like 40 Glocc, Ice-T, and even Jay who have a problem with skinny jeans and colorful clothes. Legacy goes in with lines like “Jeans stay skinny like I starved my fabric” and “Why don’t you do you and go hump a clone, get it?” Ben J isn’t notable and Tyga rides the beat just fine. This song is fun and I wish Soulja Boy was down with these guys because he’d seem right at home. Nice start.

2. You’re A Jerk
Now we have the trademark song that sparked the movement throughout the nation. The track is simple beyond belief and does an “A Milli” impression with the “Jerk, Jerk, Jerk” repetition. Lyrically, Ben J and Legacy spit some of the dumbest lines ever. The song is catchy, but you’ll trash it in a couple of weeks, probably days.

3. Dot Com
Man what the FUCK IS THIS??? I have no idea what these dudes are talking about. The beat is the only credit I can give it because for some reason I like these simple snap-along beats. But this is a SUPER SKIP!!!

4. Colorz
Once again another simple track, but this is a slowed down and accented by some screwed voice on the hook. As you could probably surmise, this is about the crazy “colorz” they wear. What attracts me to this song is the lyrics. In no form or fashion are they spectacular, but they’re entertaining. I get a kick out of a couple metaphors dropped by Legacy, but the best line came from Ben J “Everybody wanna rock the New Boyz style, even the Cool Kids wanna be the New Boyz now”. Cool Song.

5. Way 2 Many Chickz
Ok, these tracks are getting repetitive on the verse loop, only being distinguishable by the hook loop. Anyway, the verses are hilarious!!! This is on some “Lookin Boy” type shit, but much more funny if you ask me. There may not be much replay value here, but listen to it for the kicks.

6. Turnt
Another over simplified beat, but the ignorant lyrics just keeps me listening. If you’re not interested at this point, TURN IT OFF! I can see the trend here and the album is going to play through in the same simple and playful form.

7. Bunz
Featuring Kydd-SB
Look, at this point, I can write the same description for every song. I can see this played at a high school party or maybe even when the club is just getting started. Skip this.

8. Cashmere
Finally we have a song with a concept. Legacy and Ben J are going bar for bar for the attention of a girl. Like I said, the lyrics are pretty funny and entertaining and the “story”, if you can call it that, turns out … Well, just listen to this. The song is good except the hook (Is the girls name Cashmere?).

9. So Dope
And here is “You’re a Jerk 2.0″. Hook and beat are too similar for me, but the lyrics are better (“Killed that track like I cut a girl weave”). Not really, but it’s somewhat entertaining… It feels like I should have more to say, but these songs are so simple.

10. Tie Me Down
Featuring Ray J
The second single to the album is a winner for radio play and commercial appeal. I’m starting to like Ray J as the hook man because he’s been consistently killing it (Ex. “Sweat” & “Heard of Us”). The verses are pretty weak, but you don’t usually need good verses for a radio single *cough*coughrunthistown… Ok song.

11. New Girl
Featuring D&D
Another R&B sounding track??? Yep it is and the lullaby sounding track fits really well. I hate when rappers talk/sing over singers on the hook, but whatever. The two dudes at the end SUCK! But if this becomes a single, it won’t matter because I swear commercial listeners don’t pay attention to things like that.

12. No More
Featuring O.N.E.
Another track for the ladies…. Hmmm. Honestly the song sounds tolerable, but I don’t want to hear it. Skip if you’re listening through the album.

Bottom Line:
Well… I listened to it!!! It was all for you people… And I was kind of hoping there was going to be some kind of redemption for “You’re A Jerk”. There isn’t any. The New Boyz debut with childish appeal, but hey, they’re what… 17? (Soulja Boy anybody?) Still, that is no excuse for a flimsy album. The shining moment here comes with “Cricketz” which I thought was pretty good and should have been a single. I still feel if there was some guidance given to these dudes they could find a comfortable niche and actually be good because they’re not lyrically dead. (Think Soulja Boy… anybody??? Anybody???) I’m not going to say this is terrible, but avoid at all costs if you’re older than 19.